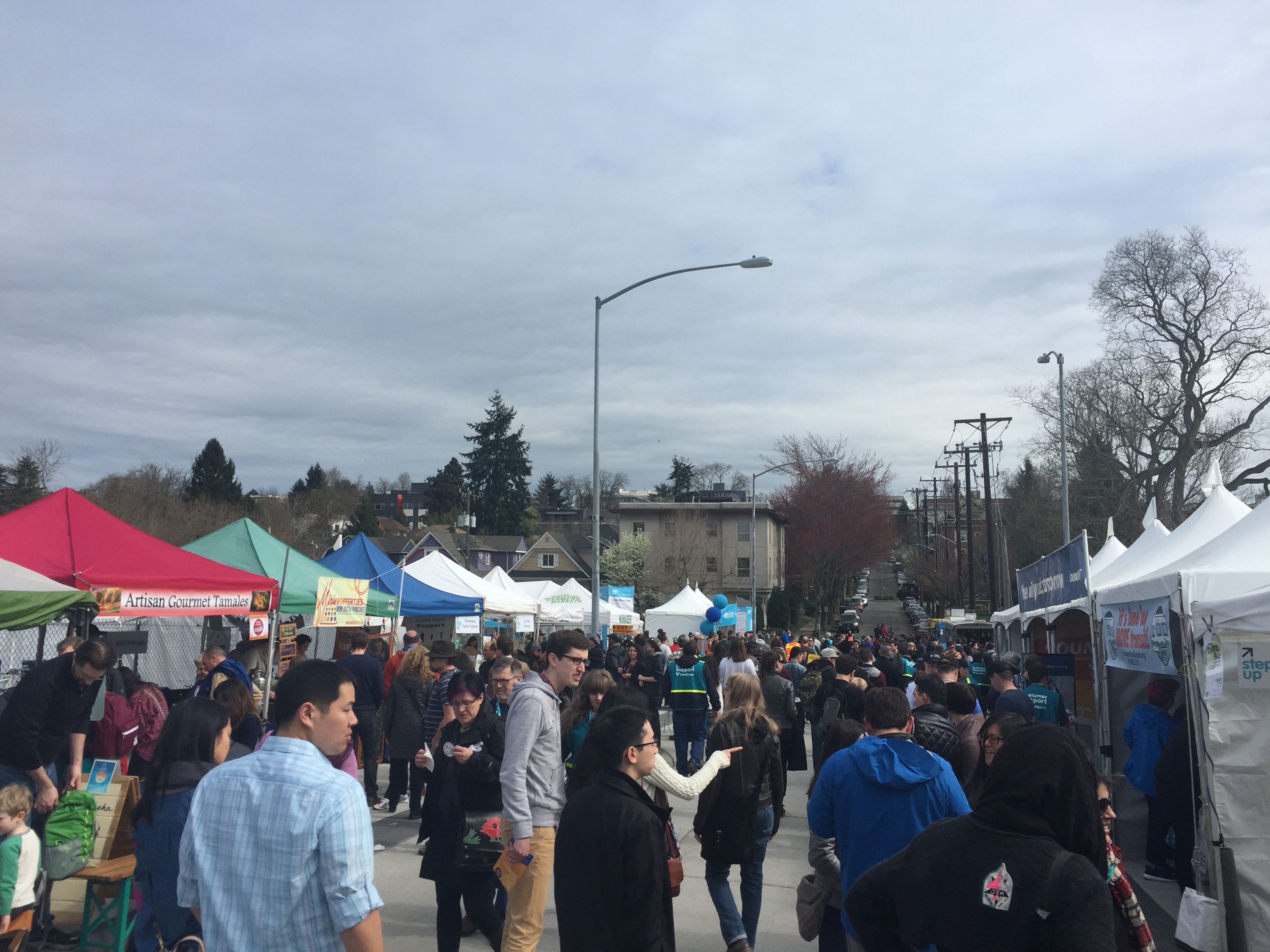 Changes are on the way for community engagement at all levels of governance in Seattle. Yesterday, Mayor Ed Murray issued an Executive Order 2016-06 to create the Seattle Community Involvement Commission–housed in the Department of Neighborhoods–and dissolve the City’s official staffing of the Neighborhood District Councils. The Mayor’s Executive Order is also charging the Department of Neighborhoods with responsibility in overseeing the development of new inclusive community involvement plans that departments will implement and the creation of new ways for the public to interact with government through technology.

One of the key responsibilities that the Department of Neighborhoods has carried out since 1987 is the administration of the Neighborhood District Council system. 13 districts councils geographically represent individual neighborhoods in the city and are staffed by 11 coordinators. Representatives on the district councils are primarily made up of affiliated community council members, local business groups, and non-profit organizations. District councils have long been a source as a community sounding board between residents and the City on local issues ranging from transportation needs and crime problems to land use planning and neighborhood projects. Layered on top of this is the City Neighborhood Council that is made up of the elected members of the district councils and coordinates the Neighborhood Matching Fund, Neighborhood Budget Prioritization, and Neighborhood Planning programs on a citywide basis.

But the Neighborhood District Council system has become increasingly seen as unrepresentative institution in modern Seattle. The Mayor’s Office has described the district council system as having a “low-level of diverse representation”:

It’s a harsh assessment of the district councils, especially in light of the current demographics in Seattle. The racial makeup of the city is increasingly becoming diverse with larger shares of people of color. The average age of residents is headed downward as more youthful cohorts stay in and move to the city. And the homeownership rate is declining with more than half of all residents now renting. But the Mayor also cites many other social and demographic reasons for taking a wholesale look at remaking the public engagement process in Seattle:

Our city has changed dramatically since our District Councils system was created three decades ago, and we have seen them over time become less and less representative not only of their neighborhoods but of Seattle itself. For immigrants and refugees, low-income residents, communities of color, renters, single parents, youth, people experiencing homelessness, LGBTQ, and more, the system today has become a barrier for many to become involved in the City’s decision-making process. Now is the time to recreate our outreach and engagement process to become more accessible and inclusive, and to account for the ways that people communicate and connect in the 21st century.

These changes don’t mean that Neighborhood District Councils are going away entirely. But it does mean that the City will not be staffing and formally administering them any differently than other groups, be they a community council or local chamber of commerce. Instead, the district councils will be free to associate and operate as they see fit by their members.

Meanwhile, the City is turning its focus toward public engagement that serves all community members equally, inclusively, and meaningfully. As the Mayor’s framework would suggest, the City will be doing this wisely through a concerted effort across all levels of City government and by expanding useful, non-traditional engagement tools. That should be reassuring to many who want to lend their voices on issues that they see as important and be involved in the decision-making processes of departments as they develop new community and citywide programs and policies.

And already, the Department of Neighborhoods has been consulting extensively with the Office of Planning and Community Development on public participation efforts like the Mayor’s Housing Affordability and Livability Agenda (HALA). The impressions from participants in the HALA outreach efforts so far has garnered differing reactions from praise to condemnation. But it’s hard to fault the City for trying to interact with the public in new and innovative ways. Over the next year or so, we should begin to see how this new form of community engagement begins to unfold on a larger scale. In the meantime, the Department of Neighborhoods will be soliciting input on the development of the new community involvement framework.