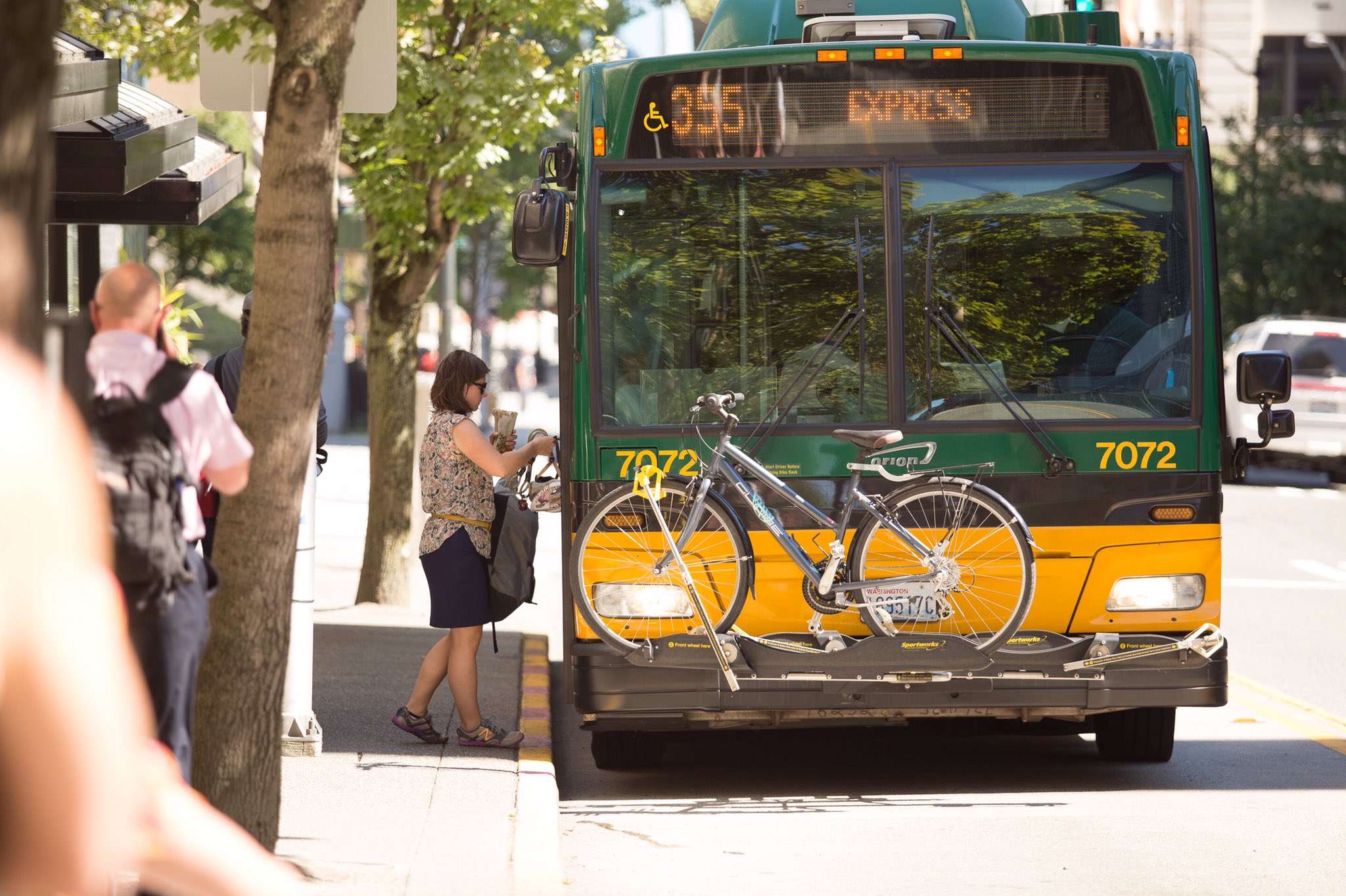 The budget includes $30 million to relieve overcrowding on 27 routes, improve reliability on 60 routes, and add additional service on 18 routes bringing them in line with intended service levels. Under the County Executive’s proposal, some 300,000 new service hours would be phased in over the next two years for those purposes.

In addition, King County will be spending over $3 million for more police and security officers and $8 million to equip all Metro buses with video cameras by the end of 2018, representing a major commitment to improved transit safety.

Finally, over the next six years, King County will invest over $7 million building and rehabilitating bathrooms at route terminals for Metro bus drivers and allocate more than $200 million to increase capacity for a growing bus fleet. A new bus base is likely to be sited somewhere in South King County to house many of the new buses.

As a region, we are increasingly getting around by transit. To meet the needs of riders across our system, we’re making smart investments that will help relieve over-crowding now, and make sure we’re doing the right things to create a more mobile future. With a strong local economy, we have the opportunity to make life better for our customers and for our transit employees. And we will target investments for long-term efficiencies.

The proposed 2017-2018 biennial budget for Metro will be handed over to the King County Council on September 26th, which will undoubtedly solicit great interest and deliberation by the councilmembers. The County Executive anticipates final adoption of the proposal by Thanksgiving.