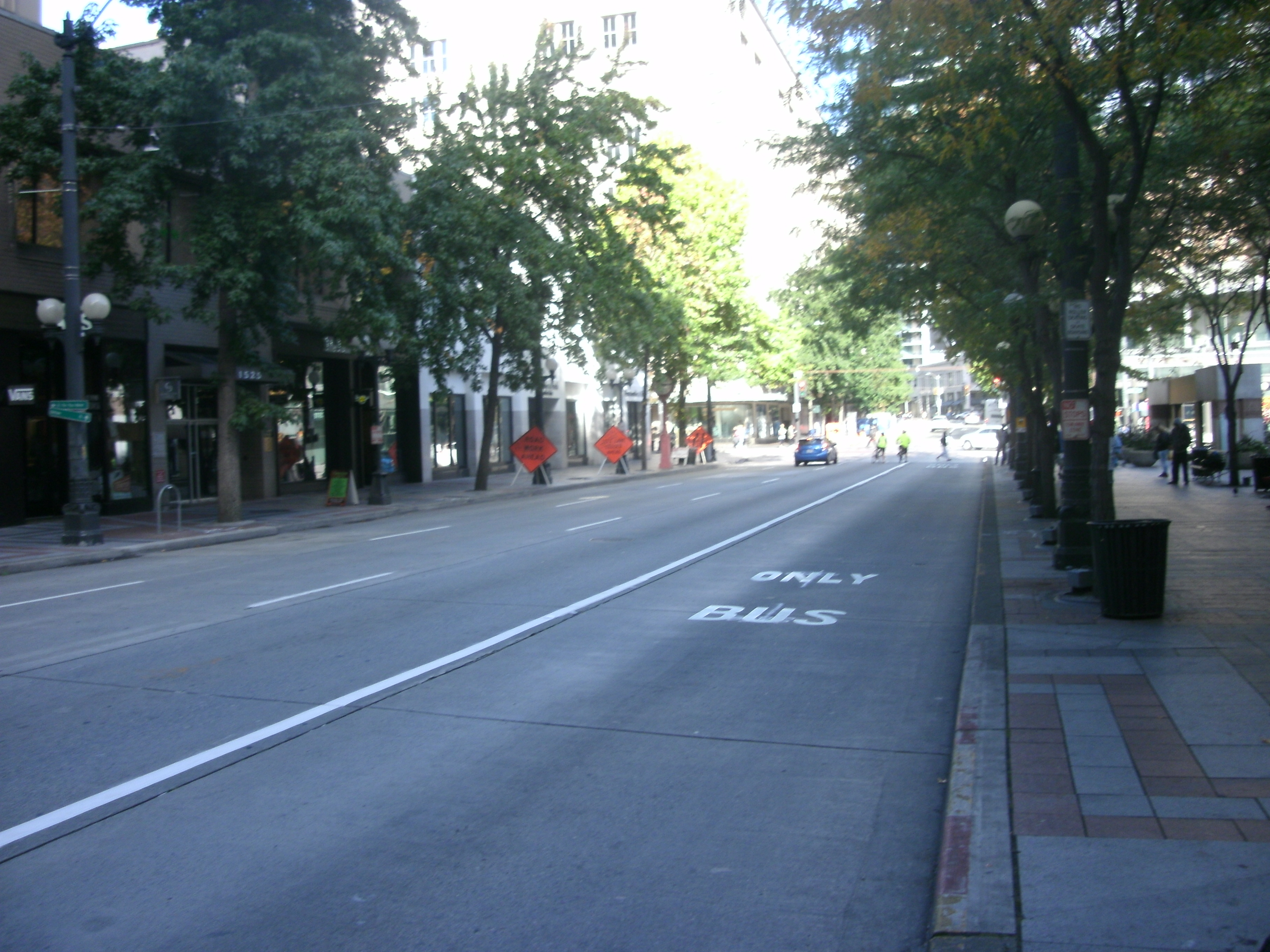 With little fanfare, the Seattle Department of Transportation (SDOT) has quietly delineated some lanes on Fourth Avenue to allow transit to move more freely. Approximately a week ago, a new bus lane was painted leading up to the busy bus stop in front of Westlake Park, where northbound commuter buses used to vie for room with regular rush-hour traffic.

Most bus traffic from there makes a right turn at the next light, at Olive Way, and here SDOT has installed both a new turn-only lane and a dedicated turn phase for traffic making a right. However, the curb lane remains mostly a load zone, so buses and traffic are mixing as they wait to turn right.

Unfortunately, right-turn-on-red is still permitted in addition to the green arrow turning to yellow yield while pedestrians have the right-of-way. This high-traffic intersection for pedestrians offers no improvements from the perspective of someone on foot. This would be a clear instance where implementing no-right-on-red restrictions could aid in pedestrian movement.

In seeking comment from SDOT, spokesperson Sue Romero replied that:

The 4th Avenue and Olive Way transit improvements are aimed at reducing transit delays for riders moving into and out of downtown and are the result of a coordinated effort between SDOT, King County Metro, Sound Transit and Community Transit. Heavy volumes of buses, vehicles and pedestrians must share the busy 4th and Olive intersection. During the peak afternoon commute, more than 600 vehicles and 70 bus trips with nearly 40,000 riders are made on Olive Way.

These recent improvements follow investments on Pine Street and Westlake Avenue, and are part of SDOT’s larger efforts to improve travel times and give riders more certainty about when their bus will arrive.

For the past several months, Macy’s has been using one lane of Fourth Avenue as a construction staging area, as you can see in the photo below. I would like to congratulate Macy’s on demonstrating how much extra capacity there is on Fourth Avenue in our central core and request that the pilot bike lanes be installed immediately following the completion of their remodeling project.

Ultimately, these improvements are pretty much for the benefit of peak-hour commuters. During those hours, buses on Olive Way have the benefit of a dedicated lane now between Fourth Avenue and I-5. Outside of those hours, however, the bus lane gives way to car storage. 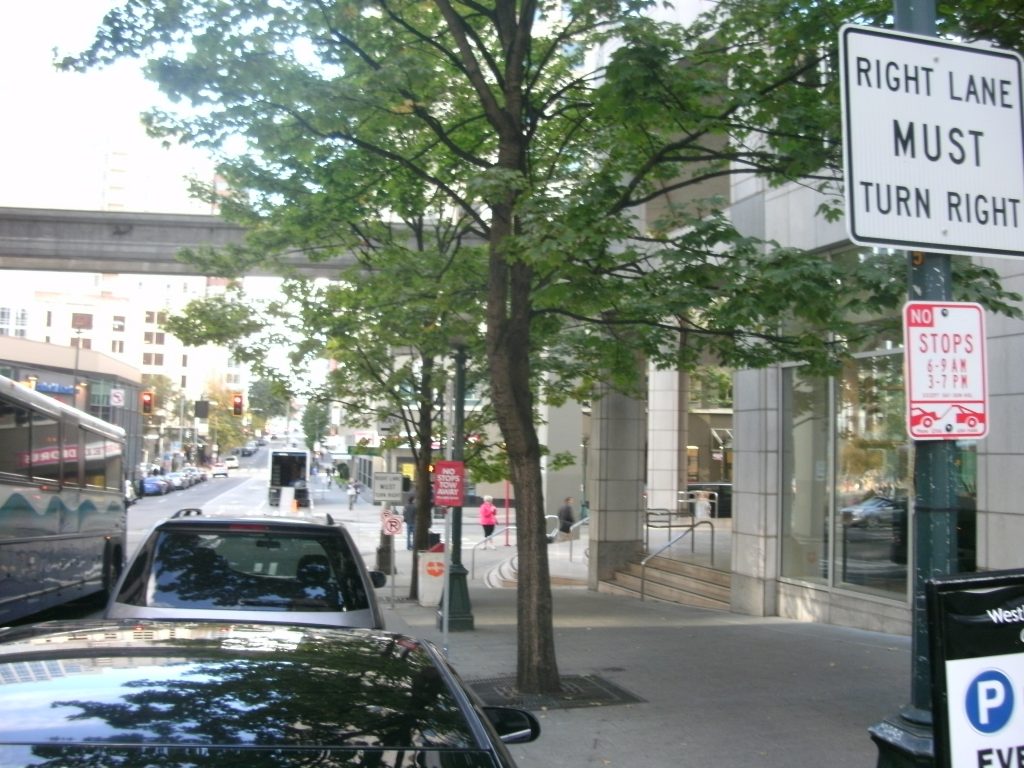 Overall, the dedicated lanes and clear turn lane delineation are a step in the right direction. SDOT appears to be making small steps toward improving a majority of bus trips Downtown. They should be more bold and create reliable corridors at all times of day, not just for peak commuters.