Everyone who cares about affordable housing and equitable, community-driven development should be paying attention to 23rd and Union in the Central District. The developments around that intersection showcase a variety of approaches to affordability, community involvement and equitable development. Taken together, the projects and the organizations behind them are some of the most interesting—and encouraging—in all of Seattle.

On the southeast corner of the intersection is the Midtown Center property, where a national for-profit developer is planning nearly 500 units of housing, a grocery and several small retail spaces. The big news here is that the developers are reportedly finalizing an agreement with Central District nonprofit Africatown to include up to 120 units of affordable, community-owned housing. And that’s in addition to the 10% of units that will be required to be affordable for 75 years under the new Mandatory Housing Affordability (MHA) rules.

This voluntary collaboration between for-profit developers, nonprofits and community groups is rare and inspiring. Africatown will collaborate on the building design and run the community land trust that will own the affordable units. Funding will be coordinated by the nonprofit land conservancy Forterra, which made its first move into assisting with affordable housing development just this year through a partnership with El Centro de la Raza.

Across the street from the Midtown Center is the 115-unit Liberty Bank project, by non-profit affordable housing developer Capitol Hill Housing. These low-income units are funded by Seattle’s Housing Levy property tax, leveraged with state and federal money. And Africatown is involved in this project as well, brokering an agreement on community development goals and eventual community ownership.

Finally, the area is also home to three mid-rise apartment projects from for-profit developer Lake Union Partners: The Central on 23rd & Union and Stencil on 24th & Union are finished, while a third project at 23rd & Union is under construction. Both The Central and Stencil participate in the voluntary Multi-Family Tax Exemption program (MFTE), which sets aside 20% of the units as below-market rate affordable housing for 12 years.

Taken together, Liberty Bank, Midtown Center and the three Lake Union Properties projects represent three complementary approaches to funding affordable housing. The Lake Union Properties projects use voluntary tax subsidies through MFTE. The Liberty Bank uses public funding from the Housing Levy and state and federal sources. And the Midtown Center project will be built under the new MHA program, which combines mandates for affordable units with allowances for more market rate housing.

Each of these programs is a prominent component of HALA—the Housing Affordability and Livability Agenda—which is currently working it’s way through City Council. This makes 23rd and Union a good place to glimpse the likely future of affordable development in Seattle. The combination of mandates, tax incentives, public funds and innovative private funding will all together produce over 300 units of affordable housing and 500 units of market rate housing. And Africatown’s impressive successes negotiating with developers should lead to projects that better address neighborhood equity issues. If 23rd and Union represents the future direction of development in Seattle, then we have every reason to be optimistic.

Correction: a previous version of the article stated incorrectly that Forterra was behind the recent El Centro de la Raza development in Beacon Hill. 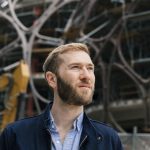