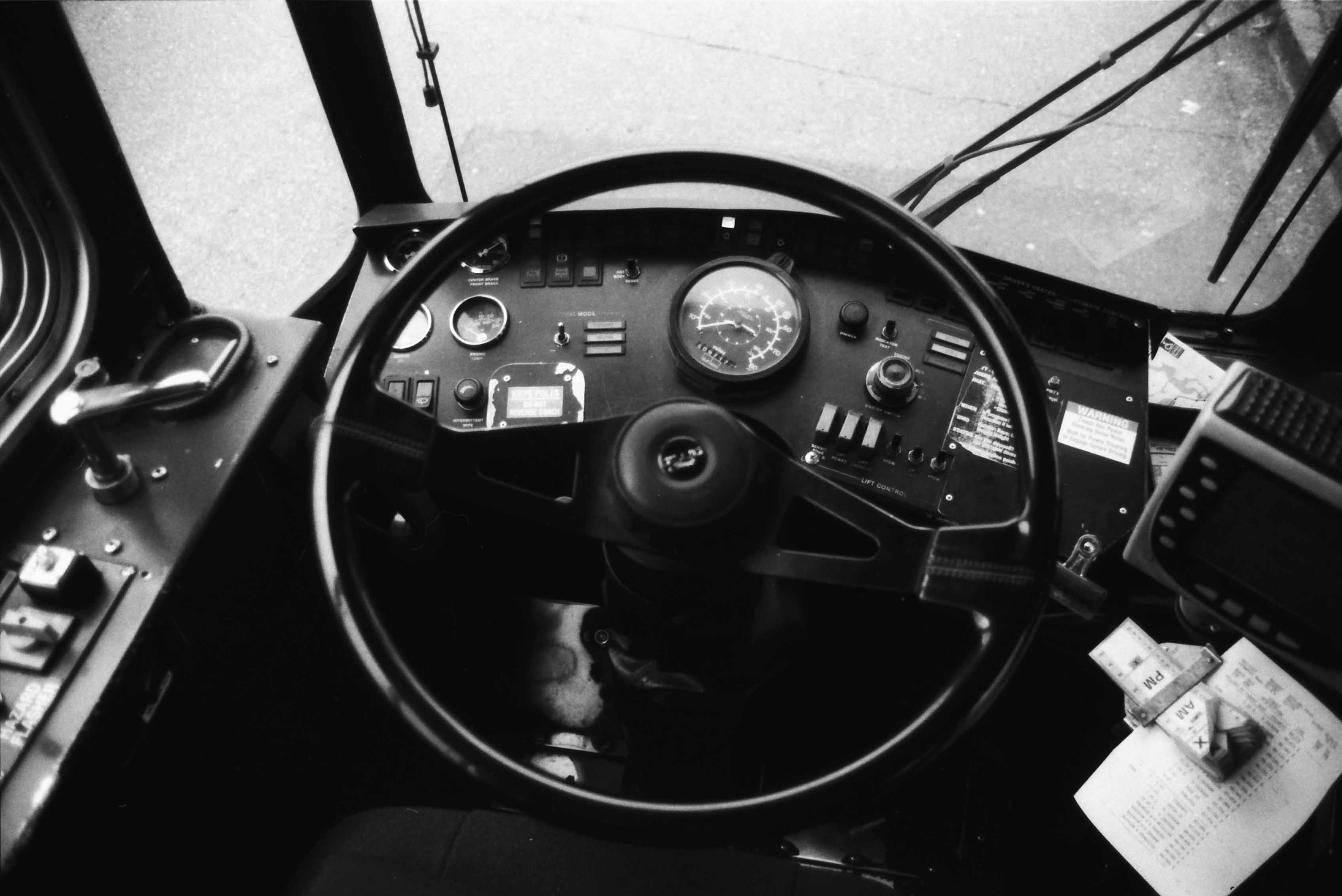 Third and Union really does it for me, for some reason. It feels like a vortex of the city just as much as the more infamous Pine and Pike blocks, but without as much kerfuffle. I’d wait there by the post office as a youngster, marveling at all the buses going by, all the potential destinations, life choices driving by like so many open doors.

Each of my last five New Year’s’ could hardly be more different, and each has been spectacular. Intimate spaces shared with special people, lit by a flickering candle; pillow fights with my friend’s kids; standing beneath the Space Needle in colored fog. On a plane to Milano, smiling to myself while everyone else was asleep.

I spent the first moments of 2016 wandering about the Third and Union bus stop, just outside the symphony hall. I was driving the 7 which left there at midnight, which arrives five minutes beforehand and waits for transferring passengers. It’s an opportunity for me to step out, stretch, nod at people, exchange a smile.

I’m not famous; I’m just popular. I’ve been forced to choose, and I take the latter. Fame is when people know you through indirect means like magazine articles and TV shows. Everyone who knows me, conversely, has had primary contact. They’ve read my words, not those of others, on this site. They’ve spoken to me on the street, on a set, on a gallery floor, or they know me because they know someone who has. It’s overwhelmingly primary or secondary contact. When you’re popular, your character shapes others’ perspectives of you. When you’re famous, you don’t have that luxury of control. I’m hugely thankful to be in this sweet spot. Walking down Third Avenue, the folks who invariably recognize me do so not because they read a takedown in The Times, but because they remember how I treated them six months ago, or because their friend told them to read this website. There’s an intimacy to this path, a realm built on real interactions, and I am impossibly grateful to be the recipient of such thanks.

There’s always someone around I recognize, and I nod at the good people of midnight Union. Its a minute or two away now, 11:58, and we strangers are coming alive to each other, brought together by the common element we’re all excited about: two more minutes, less than that. A man dressed in ragged layers dawdles about on drunken sea legs. Here’s a woman stepping out of Benaroya, stylish in chic canary velvet, equally inebriated; they’re animated by the same things, aligned for this glorious moment on a nighttime street corner.

The Latino dishwashers and servers are there, as they always are, coming toward my bus after last year’s last shift and the new year’s first ride home. We grin wide, they and I, as per usual. An older African-American woman, hair and makeup to the nines, outfitted in rich blues and greens, lighting cigarettes for herself and three friendly strangers, twenty-something Caucasian college girls, the four of them contagious in their avid, united ebullience. This is our time. We believe in the future, they as much said, as they cheered and yowled up at the starry heavens. Fireworks, booming out in the distance, a glimmer visible in between skyscrapers.

I stretched my arms and watched them, my heart rising. I answered people’s questions, looked around for who to smile at next. It was time to go. “Happy New Year, everybody,” I told my weary crowd of passengers, “and good morning! I’ve got a good feeling about it! Time to go home, or time to go out….”

I drove with my window open through the rest of downtown. I saw my friend Kyle on the street corner, an operator. We howled wordlessly at each other, mock surprise and real joy. I toasted with my water bottle toward a couple on Second Avenue Extension. They were in heels and dinner jackets, sipping champagne, and I was driving a ridiculously ramshackle hunk of metal nearly as old as I was, but it just made sense. Victor roared past on the C Line, waving big. In life he’s a bus driver and a translator, but right now he was you and me. We all were. Litter blew circles in the gentle breeze, gold and pink and green and every glittering hue in between. Confetti.

This is our time.