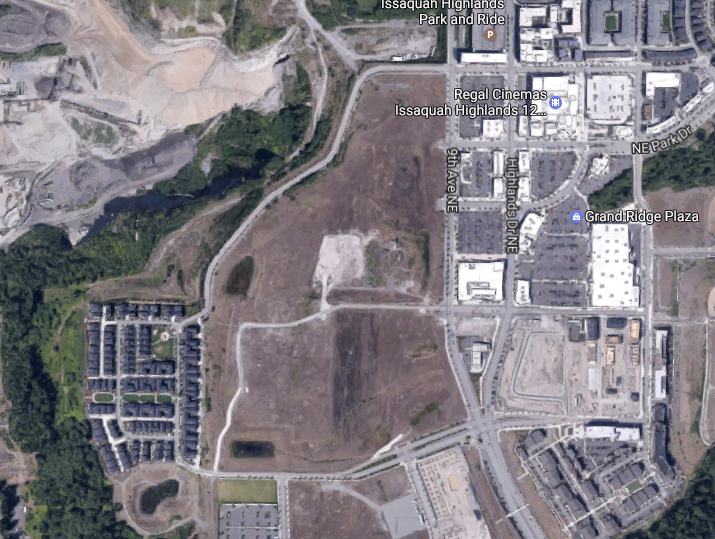 Local development firm Polygon Northwest requested use of transfer of development rights (TDRs) for their Westridge development in the Issaquah Highlands earlier this year. TDRs would allow the developer to substantially increase the number of permitted dwelling units on the development site in exchange for preserving natural lands. These development rights were earned in 2011 by the preservation of 140 acres of forested land, primarily the 101-acre Park Pointe immediately adjacent to Issaquah High School. In return, the Issaquah Highlands master-planned community gained 500 units in the Town Center and 150 units on the eastern edge, with 50 of the 150 required to be affordable units.

According to the City of Issaquah’s agenda bill summary on the proposed TDR deal, Polygon hopes to achieve the following:

If approved, Polygon Northwest could utilize 100 Transfer of Development Rights (TDR) certificates it purchased from Regal Bank–which helped preserve forested land on Park Pointe–to use within its Westridge Development project (Exhibit B). This development should not be mistaken for the Shelter Holdings land, which is located closer to Highlands Drive.

The additional TDRs would increase the number of residential units allowed onsite from 265 to 365.

This proposal moves the TDR from the eastern edge of the Issaquah Highlands to the large open field directly north of the Swedish Issaquah Campus, in effect consolidating the 100 market-rate units into the Town Center. This open field was originally intended to be developed by Microsoft as a secondary campus but was converted to a 500-housing unit expansion of the town center as a part of the Park Pointe TDR deal.

The Issaquah Highlands currently has 4,000 homes out of a total 4,500 planned, so this development represents one of the last major residential project in the Highlands. There has been some consternation in the community that the city was willing to switch from jobs to housing, along with very legitimate concerns from neighbors about additional traffic congestion. The existing Highlands Park-and-Ride is generally full on weekdays, but most of the proposed development will be within a 15-minute walk of the bus stops on 9th Ave NE that are served by Metro and Sound Transit buses.

Polygon states in their letter to the city that the project will be a townhome project similar to the Brownstone Townhomes recently completed across the street. Additionally, 25 affordable units will be construction by Polygon on city-owned vacant land at the intersection of NE Falls Drive and College Drive. This will place the affordable units within the Issaquah Highlands but a solid 15-minute walk to the town center and transit.

The Issaquah City Council will be holding a public hearing tomorrow (Tuesday, January 17th at 7pm) on this proposed amendment at Council Chambers in City Hall South.