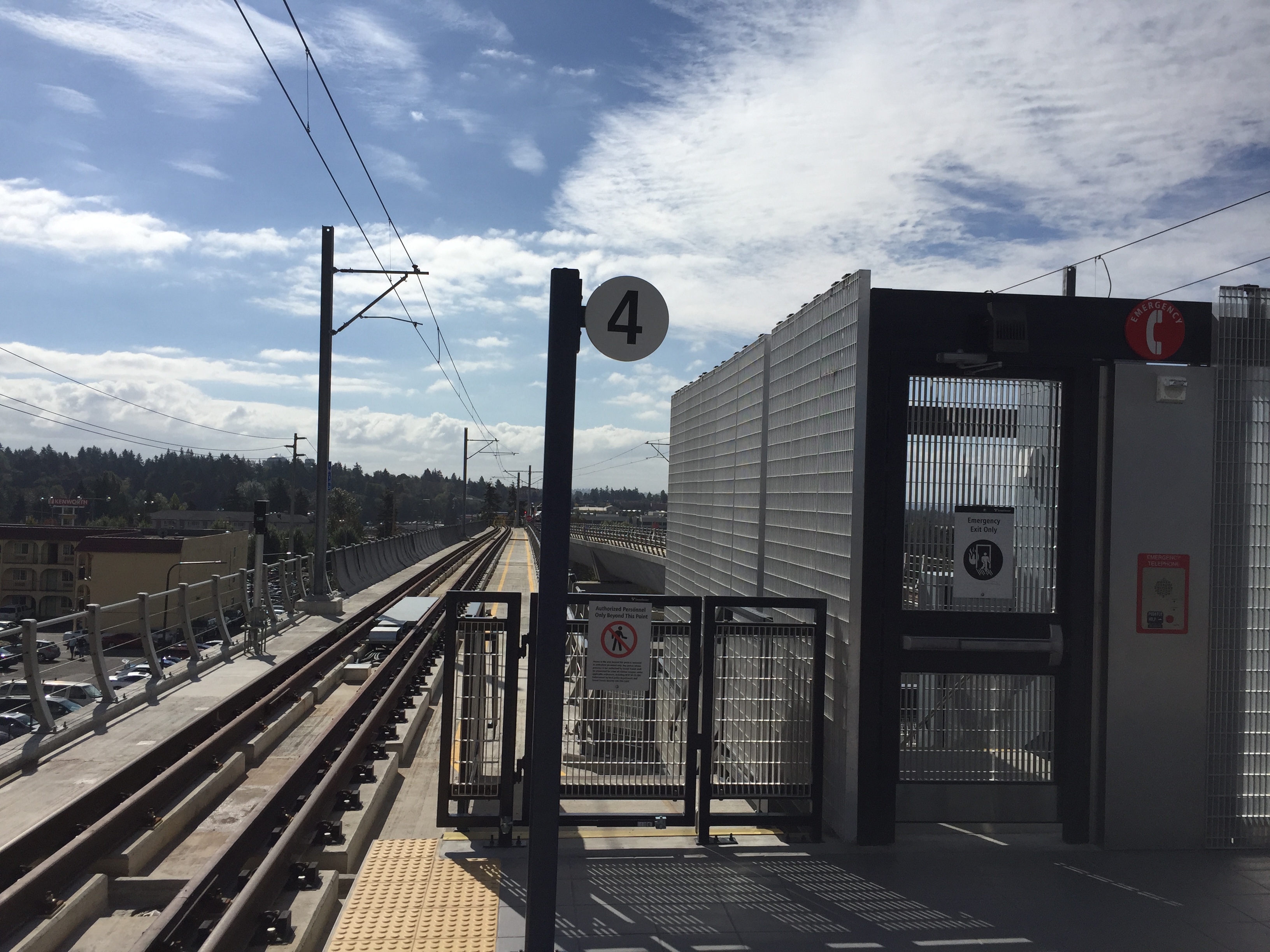 The Sound Transit Board of Directors made a big choice in finalizing the Federal Way light rail extension alignment and station profiles last week. This paves the way for the decision to be sent to the Federal Transit Administration and closes out the federal environmental review process. When the Preferred Alternative was being decided upon in 2015, there was a lot of debate about how the alignment should get to Federal Way. Should it go via SR-99? Should it go via I-5? Or should it be a mix? The ultimate plan is largely an I-5 alignment south of Angle Lake Station with a deviation toward Highline College, which will be a mix of surface and elevated rail along the corridor. Elevated portions will be used to cross major roads and intersections while the lion’s share of surface rail will be placed along I-5.

Sound Transit is poised to move forward on the 7.8-mile light rail extension in 2019. The extension will bring service to Des Moines, Kent, and Federal Way by 2024 and come with three new stations:

Outside of the board meeting, Sound Transit separately co-signed an agreement with King County Metro Transit and the Federal Way School District to proceed on a property transaction deal. Under the terms of the agreement, Metro would allow the school district to acquire its Redondo Park-and-Ride property in exchange for the school district handing over its Mark Twain Elementary School across from the Star Lake Park-and-Ride and future light rail station on S 272nd St. The benefit of this possible exchange is that the school district would have a superior property for students while the old school grounds could be converted to transit-oriented development.

The next major milestone in the light rail extension project will be the final design of the selected stations.

The Sound Transit Board of Directors also authorized a $93.1 million contract to construct a new light rail station in Bellevue (Bel-Red Station). Situated between 130th Ave NE and 132nd Ave NE at NE Spring Blvd, the station is being constructed as part of the East Link light rail extension. Sound Transit has selected Max J. Kuney Company to build the station and associated improvements. The approved contract also comes with a 10% contingency to guard against rising costs allowing the contract to go as high as $102.5 million.

The contractor will be responsible for constructing the station and approximately one mile of trackage (elevated, retained cut, and at-grade guideway). The scope of the contract also includes: roadway reconstruction and widening, landscaping and irrigation, sidewalk improvements, traffic signal installation, and site restoration. The location of the station is anticipated to allow substantial transit-oriented development to blossom around it over time. The first passengers to pass through the station are expected sometime in 2023.