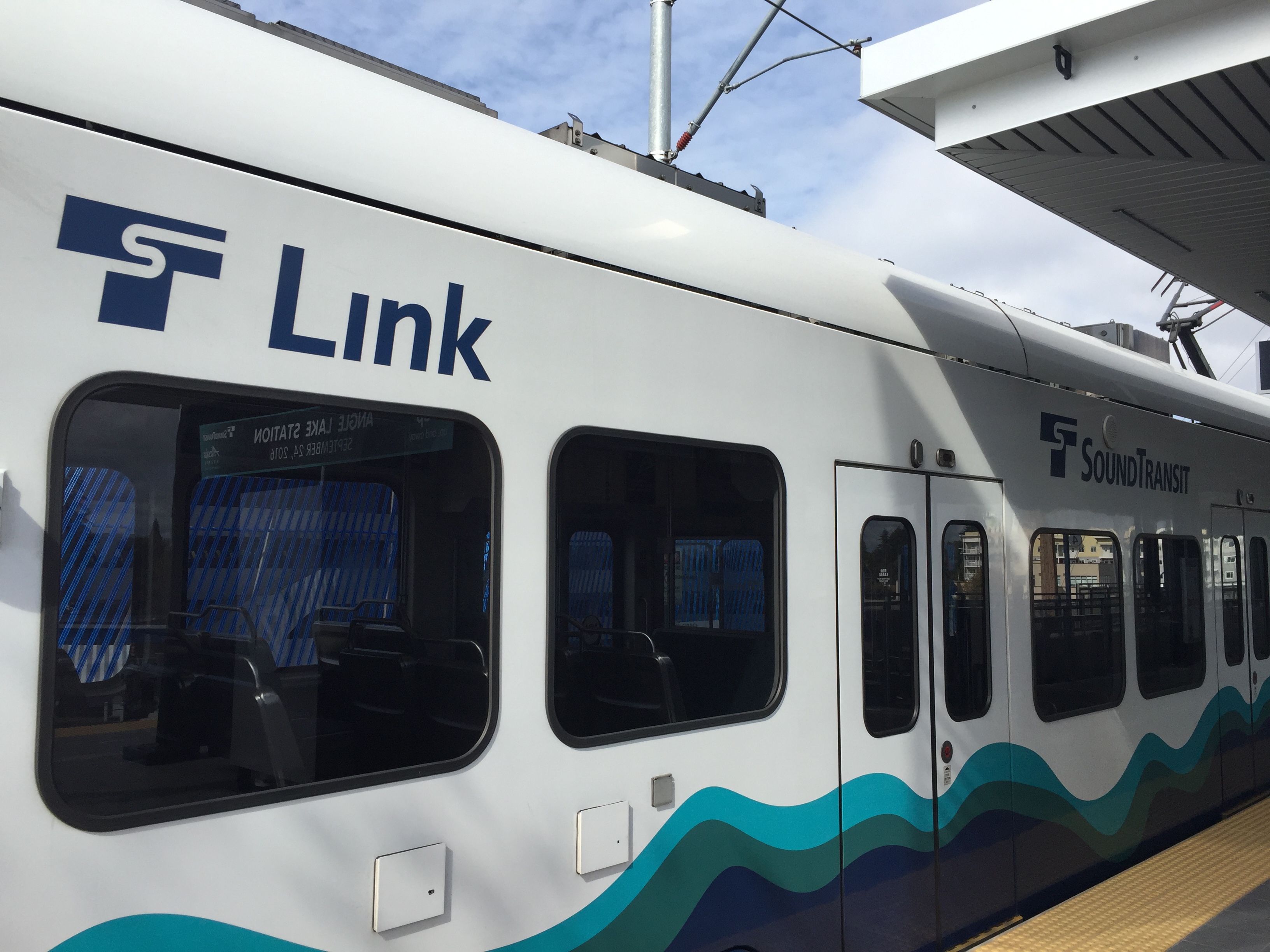 Residents across the Sound Transit taxing district are finding out that they’ll soon be paying new property and motor vehicle excise taxes to fund Sound Transit 3. But a tiny fraction of these residents never had a chance to vote on the measure and aren’t entirely within the taxing district. Last week, the Everett Herald reported on one family, the Carlsons, who say that they fall into that situation:

[Cheryl]…and her husband, Darren, had never had to pay car-tab fees for the regional transit agency during the nearly 10 years they’ve lived in the Gold Creek neighborhood near Willis Tucker Park. When the multibillion-dollar bus and light-rail expansion package known as Sound Transit 3 came up for a vote last fall, it didn’t appear on their ballots. The agency serves urban areas in three counties, from Everett south to DuPont in Pierce County.

As it turns out, Sound Transit’s taxing boundary runs through the Carlsons’ yard, taking in a sliver of driveway, house and back yard. They received a letter from the county assessor last month informing them as much. That meant they would have to pay Sound Transit property taxes on the roughly one-third of their property west of the line.

They’re not the only ones; 50 other property owners in Snohomish County find themselves in a similar situation. Sound Transit says that another 234 properties in King and Pierce counties are also partially but not fully within the Sound Transit taxing district. The motor vehicle excise tax is set at 0.8% of the current vehicle value, and the property tax is a standard levy of $0.25 per $1,000 of assessed property value (an effective rate of 0.00025%).

In the past, the split taxing issue had only come up when residents went to renew their car tabs. In some cases, licensing officials have used discretion in waiving those car tabs, according to another resident that the Everett Herald spoke to:

“Why they split us up, rather than change the boundary a little bit to follow the property line, doesn’t make any sense,” said retiree Bill Steenis, who lives across the street from the Carlsons and whose yard also is divided.

Steenis said that over the years, he has discussed the issue with staff at the state Department of Licensing, who had agreed that it wouldn’t be right to make him pay the car-tab fee.

“They looked at the map and said, ‘Gee, 95 percent of your property is not in the [Regional Transit Authority],’” he said.

Mr. Steenis’s question is a good one. The answer to the boundary issue is a technical matter leaving Sound Transit’s hands largely tied. In email conversation with Geoff Patrick, a Sound Transit spokesperson, on the subject, Mr. Patrick said that:

Sound Transit’s boundaries were set in the 1990s under the then-prevailing boundaries of cities and their urban growth areas. This was based on the specifics of our enabling legislation in state law. We do not have the ability to change the boundaries. I would note that it is not uncommon for jurisdictional boundaries to bisect parcels.

Mr. Patrick also says that it’s not up to Sound Transit to determine when and how the property taxes are paid, at least not directly:

As for what the agency might do, it’s the Snohomish County Assessor [and other assessor county assessors] that [are] responsible for making administrative decisions such as how property taxes are applied to split parcels.

This situation is also not an uncommon occurrence. It does happen from time to time for other types of taxing districts like fire, schools, and port districts. To remedy the issue, assessor departments usually “segregate” lots into more than one parcel for taxing purposes. This allows different portions of a property to be properly taxed at the appropriate levy rates and property valuations applicable to them.

Some might suspect then that if a property falls into two school districts, the voters residing on the property would be entitled to vote in both districts. That’s not so. Elections departments have to make a call on what district a voter resides in. The same applies to special districts like Sound Transit. Usually election staff will assign voters to the district in which a residence falls within. So if the residence is mostly or fully within School District No. 412, the voter will be entitled to vote in that district and not another. The same standard applies to the Sound Transit situation.

So for the time being, residents like the Carlsons and Mr. Steenis find themselves paying car tab fees and property taxes for a transit program that they never had a chance to authorize. But there’s always the possibility that a legislative change could come from the state to remedy the situation.