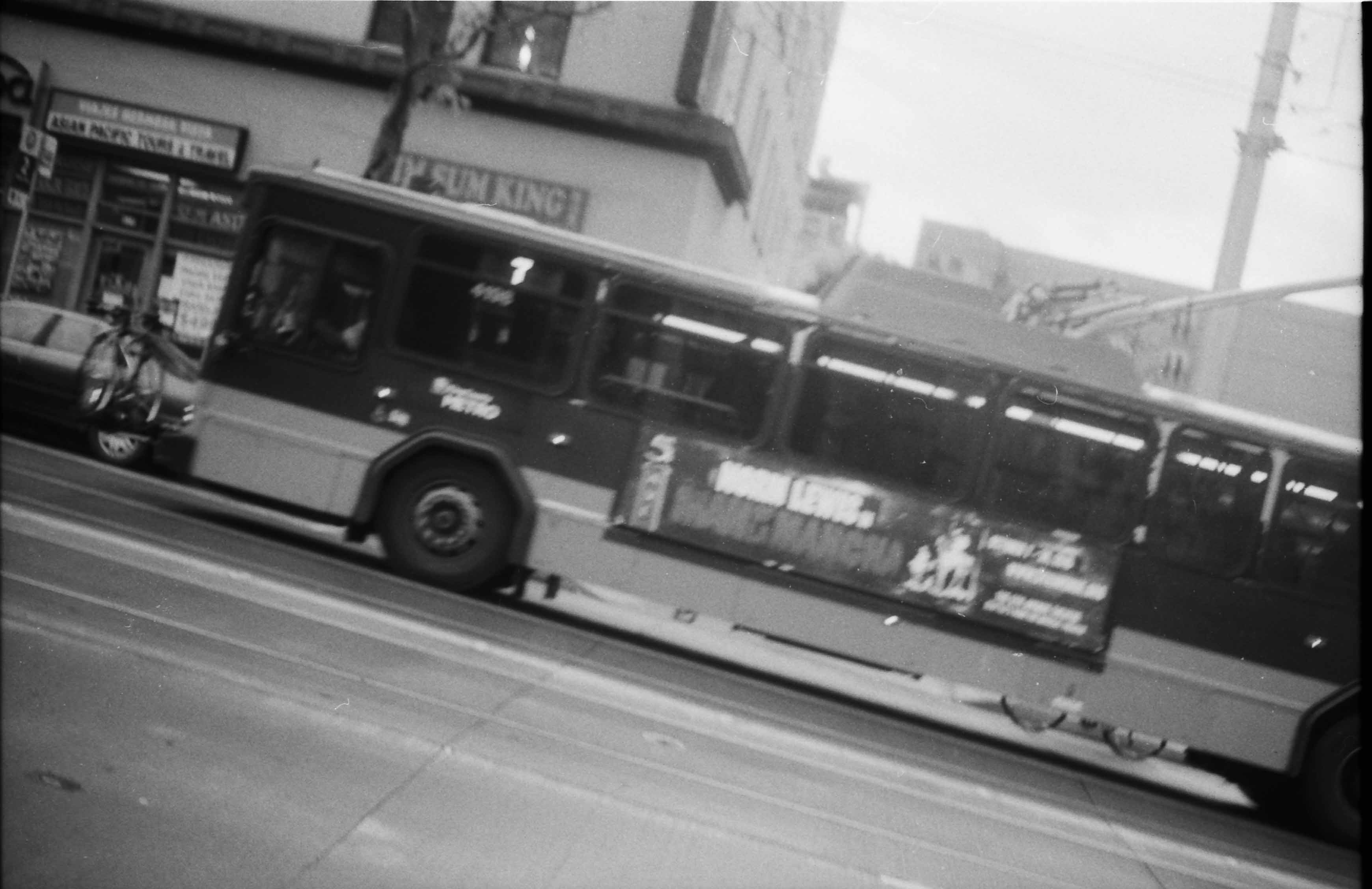 A friend and I were strolling through the plaza at Fifth and Jackson, on our way to Daiso Japan. Incredibly, I’d never been, and was excited. The night was dark. Figures to my left and right, huddling in the gloom, a nightmare with the right assumptions. Has the effort I’ve laid down over the years toward these people helped me? Do such things make a difference?

They do and they don’t. The reason for my kindness isn’t a desire for protection, nor the expectation of the same in return. Those are frequent and wonderful benefits for which I’m thankful, but they’re not why I’m nice.

There is no tip jar for public bus drivers. This fact separates it from many other customer service jobs, and it’s one of my favorite aspects of the gig. Why?

Because without one, the public knows your kindness is completely genuine. There is no incentive, no reason for pretense. A friendly bus driver means something to people. That woman or man piloting this vehicle, out here amongst the chaos, actually just likes being nice. There are people like that.

Of course I love it when the contagiousness of kindness reveals itself in others– without this job I wouldn’t know that it happens basically all the time, amongst all people– but I have to remember to give folks the space necessary to be who they are in that moment. They don’t need to reply. They can have some room. I greet everyone once, keeping in mind Mr. J. M. Barry: “Be kinder than necessary because everyone you meet is fighting some kind of battle.” That good energy you make comes back around in unexpected ways. It’s something real you built, and they build it too.

In the plaza a man came toward us, tall, dark, cloaked, with an imposing figure and strong build, mysteries in those sagging pockets. Hard to make out his expression in this gloaming. I felt short in his presence.

“Excuse me, young man and young lady, I was wondering…,” he began, reaching his hand out.

Then he recognized me.

A grin exploded out of him, the type of beaming smile that would make any person’s face beautiful. He radiated convivial vigor. “It’s you!!! Hey, man,” he exclaimed, as we shook hands long and firm. He turned to my friend. “This guy is the best! He is the best, nicest, friendliest….”
“Oh no,” I laughed.
“You are!”
“It’s good to see you! I’m sorry I’m not driving today! But I’ll be back Saturday!”

He wished us both a great night, still beaming. He didn’t ask us for anything at all. I was touched by that, because he looked like he would have benefited from doing so. I believe he refrained out of respect. Which moved me. Or perhaps we gave him what he needed, in the form of joy, the animation of delight and all it reminds us toward.

He certainly gave me the same.