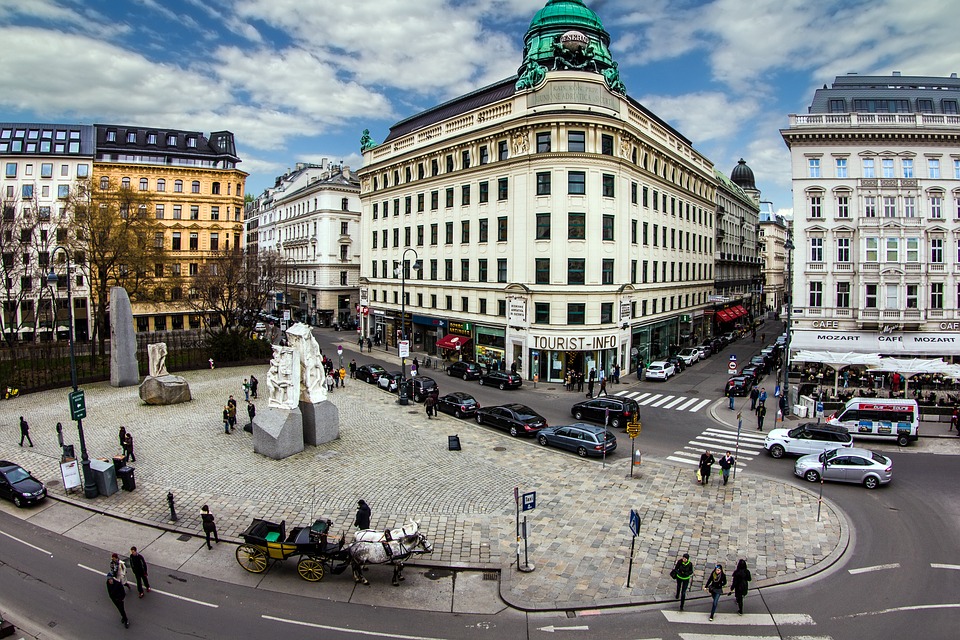 This is the second installment of a two-part interview with Dan Savage. Here, Dan gets into Seattle-specific issues around housing and transportation. Check out Part 1 of the interview here.

I want to talk about Seattle. What does Seattle have to learn from other cities?

Not to fear apartment blocks. When I lived in Berlin for a few years, I spent a lot of time in Vienna. Those cities are — If you said to people here in Seattle, “we’re going to rezone all of this, all of Capitol Hill, all of the CD, we’re going to let people build six-, seven-, eight-story apartment buildings that go on for miles. Not an individual building, but there will be miles of these buildings in every direction. Maybe there will be some interior courtyards and every once in awhile there will be a park. People would riot. Like “oh my god, the canyons blocking out the sun, blah blah blah.” This is what Berlin looks like. This is what Vienna looks like. It’s what a lot of Munich looks like. Paris. Some of the most beautiful cities in the world.

The blogger Atrios used to do this regular post where [he says] it’s “illegal to build the city where I live in the city where I live.” The rowhouses and densely packed neighborhoods that sprung up in Philadelphia in the 18th and 19th centuries and has been zoned out of existence. You can’t build like that anymore [with] setbacks and parking. Yet these are highly desirable properties a lot of people want to purchase, places where people want to live. You can’t build that now because they violate current zoning.

In Chicago, in my aunt’s neighborhood, there’s a lot of these blocks that go on forever with a lot of two-flats and three-flats. These dense apartment buildings. In the middle of this residential neighborhood there will be this two-flat at the corner where the first floor apartment is basically a grocery store, is a little corner market in the middle of a neighborhood. If you propose allowing people to do that here, everyone would shit their pants. There will also occasionally be a little bar embedded in a neighborhood. It would be like a bar not on 15th Ave but on 17th Ave with nothing else around it — no other retail, no other food service. Just a little corner bar in the neighborhood on the block.

We should want more of that.

I want more of that. We should be doing that.

We should be building. The solution is rezoning. Seattle needs to rezone. Single-family zoning is a disaster for our environment, it drives sprawl, it is creating the gentrification and displacement crisis in this city. But we’re never going to do anything about it. I was just saying to my husband the other day that we’re not going to do anything in this city about zoning until after the earthquake. The earthquake is going to come, the 9.0, and we will rezone neighborhoods when they are full of dead people and destroyed single-family homes. Then we will rezone.

The Great Fire in Chicago. Chicago became the city that it is now, that beautiful lakefront park that runs the length of the entire city, not because the because the city’s founders were such visionaries that they preserved that land for public use, but because after the great fire they set that land aside for public use. They had this chance to remake the city. Seattle can either remake the city with some vision and embrace its urban future without a calamity like a great fire or earthquake, or we’ll do it after. Knowing human nature and the political power of wealthy single-family homeowners, it will happen after the earthquake. So in my darker moments, I’m rooting for the earthquake as an urbanist. I hope I survive it. But nothing is going to be done about single-family zoning until we’re rezoning neighborhoods that no longer exist that are in the center of the city.

What is Seattle getting right?

[laughter] It finally feels like we’re getting transit right. Voters here backing ST3. It’s ridiculous that it’s going to take so long to build it. HALA is a positive development. The upzones in the ID and the U District are positive developments. But we’re upzoning places that are already not single-family zoned areas. We need rezoning to go with some of this upzoning or we need massive upzoning. If we’re not going to rezone single-family neighborhoods to allow for denser development, the places where we can build up we have to let people build way up.

Anything else we’re getting right?

There’s got to be a reason you’re living here.

I’m trapped here. I’m here because The Stranger is here and my husband won’t leave [laughter].

Did you read that Slate article about housing activists hating each other?

They talked about a certain tension between urbanists and socialists and leftists — disagreeing about the root cause of housing affordability and how to fix it, specifically in San Francisco. People could read how that bleeds over into a place like Seattle. Do you have any thoughts about how the left should embrace urbanism? Is it our destiny to embrace it or is there some work to do?

Is it the left’s destiny? It depends on what prism you want to look through to examine the left. Democrats, liberal, progressive candidates win when cities turn out to vote. The bigger and more powerful a city is, the likelier Democrats are to do well. There’s no such thing as a blue state. Washington State is not a blue state. Washington State is a red state with a city big and blue enough, and an urban and urbanizing region — King County — big and blue enough to flip the state into the blue column. Yeah, the future of lefty and urban politics is urban.

Are cities how Democrats win?

Cities are how Democrats win. Cities are how progressives win. If you want to build a more Democratic, more socialist, more progressive future, build the city. It’s harder for people to demagogue about the scary other whether you’re talking about people of color or people who are Muslim or people who are queer once everyone is piled up in the city together and has to interact with each other, has to share a subway train or a bus with each other, has to share a neighborhood with each other.

Is there anything else you’d like to talk about?

I’m trying to think of what Seattle is doing right. The voters are doing something right backing ST3.

Sometimes it feels like lefty and progressive activists are doing it wrong, shaking their fist and demanding an end to gentrification and displacement. The solution to gentrification and the solution to displacement is more, more housing. People are prescribing the wrong medicine. They’re reading the symptoms correctly — people are being forced out. Then they’re associating that they’re being pushed out with development pushing them out. It’s not development pushing them out, but scarcity that’s pushing people out. There’s always been and will always be a certain amount of development. Right now it’s a lot. But it’s not development, it’s scarcity. If there was an abundance of housing and just as much development, there wouldn’t be this kind of displacement. If you want to fight displacement, you should be fighting for more housing at all levels. More Richy Rich housing that draws Richy Rich people out of the housing they’re in now, then that becomes second-rung Richy Rich housing and that pops on down the line. A lot of today’s affordable housing was unaffordable housing when it was first built.

Some candidates for City Council and Mayor have proposed using the city’s bonding capacity to build public housing. Would you support that?

Is there anyone currently in politics who you think is getting housing right?

Capitol Hill needs to go. My neighborhood is completely ridiculous. That you can walk from my house on Capitol Hill in this leafy, bucolic, suburban neighborhood to Downtown Seattle in 15 minutes is fucking ridiculous. It should be zoned out of existing. We should save a little chunk of the top of Queen Anne to show what houses were like when they were built here in the 19th century or the 20th century — which are not that remarkable and not historic in any other city. Save a little eight-square-block patch of the back side of Queen Anne and rezone the rest of it. There’s nothing remarkable about the architecture on Capitol Hill. These single-family homes and neighborhoods are a luxury that we can no longer afford environmentally and they’re a luxury we can no longer afford if we want this city is to be a place where people of all classes and races can live.

You talked about ignoring neighborhood advocates. So as a twist on a previous question, is there anything they get right?

Neighborhood advocates? [laughter] Oh my god, I’d have to do some reading.

Anything you can think of?

Nope. I’m a catastrophist I guess. I don’t think anything is going to change until the earthquake comes. Then we will rezone all of the center of the city. When I say the center of the city, I mean Montlake, I mean Fremont, Wallingford, University District, should all be rezoned for multi-story, multi-family homes.

Image courtesy of domeckopol on Pixabay