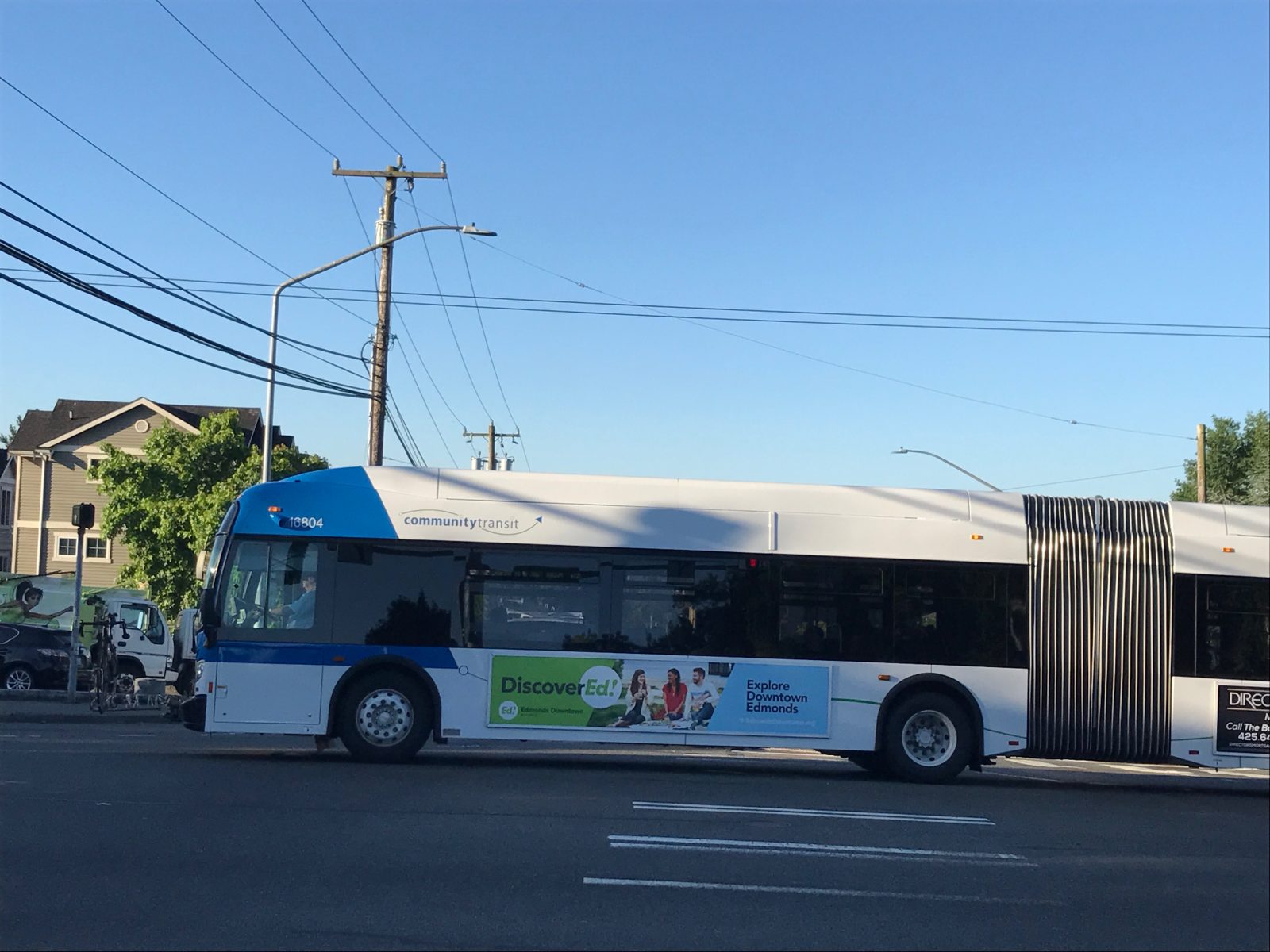 The biggest change coming the Community Transit’s network is the launch of a new weekday bus route that will serve the Boeing Everett/Paine Field area. Several routes will also be realigned and extended to provide better local service.

Sunday service will get a substantial boost with a total of 37 additional midday trips spread across Routes 240, 271, and 280. This will allow for all-day service on these core routes with baseline hourly frequency.

Lastly, Commuter routes in the 400 and 800 series will get an additional 22 daily trips on weekdays. This will support growing demand for service between Snohomish County and Downtown Seattle and University of Washington. Most of the extra trips will be added as morning southbound service, but a handful will help improve afternoon northbound service. New morning trips will go to Routes 412, 413, 415, 421, 422, 425, 435, 880, 810, 855, and 871. Meanwhile, new afternoon trips will go to Routes 402, 412, 413, 415, 422, 425, 810, and 871. The new trips will allow for extended span of service and increased frequency, depending upon the route. Schedule adjustments may be made to accommodate the new trips.

Community Transit To Boost Service In September 2017 And March 2018

Pierce Transit is making service improvements by adding service to weekday and weekend service and adjusting schedules to facilitate better on-time performance. A large chunk of the new trips are focused on weekends. 31 trips will be added to Sunday schedules while Saturdays will get another 24 trips. Weekdays will get 14 new daily trips. The new service will be spread across more than a dozen routes.

Most routes will see some adjustment to their schedules. The service changes begin on Sunday, September 24th.