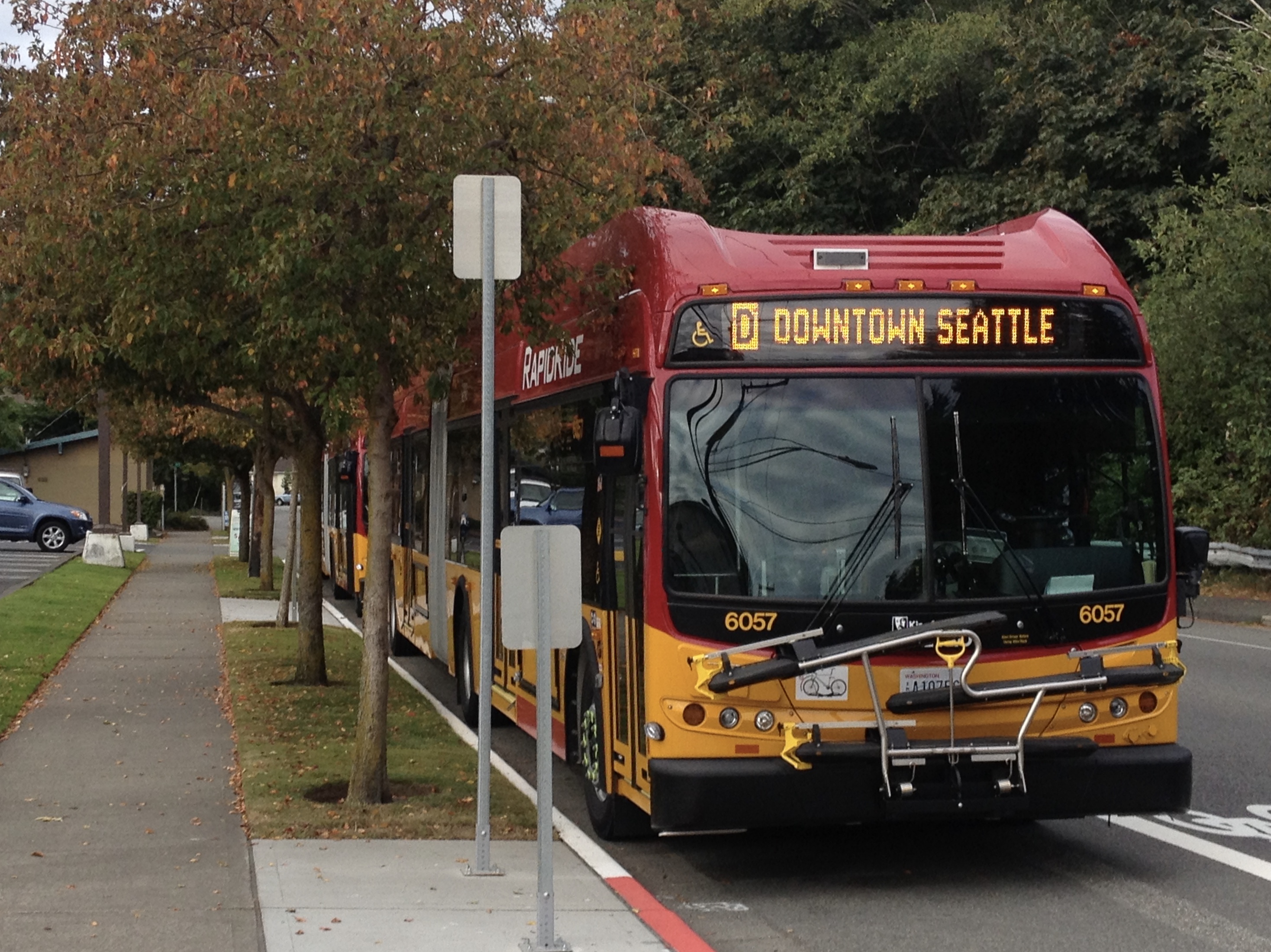 Many transit riders are familiar with curb space on streets being used as bus layover space. King County Metro Transit has hundreds of bus layover spaces across the county. These spaces allow bus operators to safely park and store their vehicles until the next scheduled trip and take their breaks during layover periods. Metro wants to consolidate these layover spaces into what it calls “bus hubs” in off-street areas.

The first bus hub will appear in South Lake Union near existing layover space on Eastlake Ave E. The bus hub will be situated just south of the I-5 interchange with Mercer Street on property owned by the Washington State Department of Transportation. Metro is targeting an opening date in 2020, but before that happens the agency will conduct public outreach and go through a design process. Changes to the Seattle Land Use Code are also necessary.

Metro has already partnered with Seattle to begin the process of revising the city’s Land Use Code to specifically allow off-street bus layover facilities. Regulatory changes, Metro says, will primarily focus on the type of permitting process that these facilities will need to go through and establishing design standards to make them compatible with their surroundings–in the South Lake Union case, an urban district. Metro hopes that the regulatory changes will be adopted sometime around the middle of next year.

A bus hub could come in many forms. Metro says that some could be standalone off-street layover areas, but some sites could be mixed with other uses. The idea of residential and commercial uses somehow intermingling with a bus hub–perhaps over–may not be out of the realm of possibilities. Bus hubs could also be permanent or temporary depending upon Metro’s needs.

There are several reasons why Metro wants to create bus hubs. Owning off-street layover space means that Metro can have fewer on-street locations which can be complicated to get and share layover space for routes. In turn, reducing on-street layover spaces means that curb space could be put to other uses. Bus hub facilities could also present an opportunity to provide more amenities for operators, such as break rooms and bathrooms, improving their overall well-being. For service, Metro thinks bus hubs could improve overall on-time reliability and create opportunities to extend bus service to new areas.

Looking ahead, Metro has said that more bus hubs will follow with the next ones also north of Downtown Seattle. Rapid growth in congestion and development are forcing the agency to reconsider its traditional approach to operations.