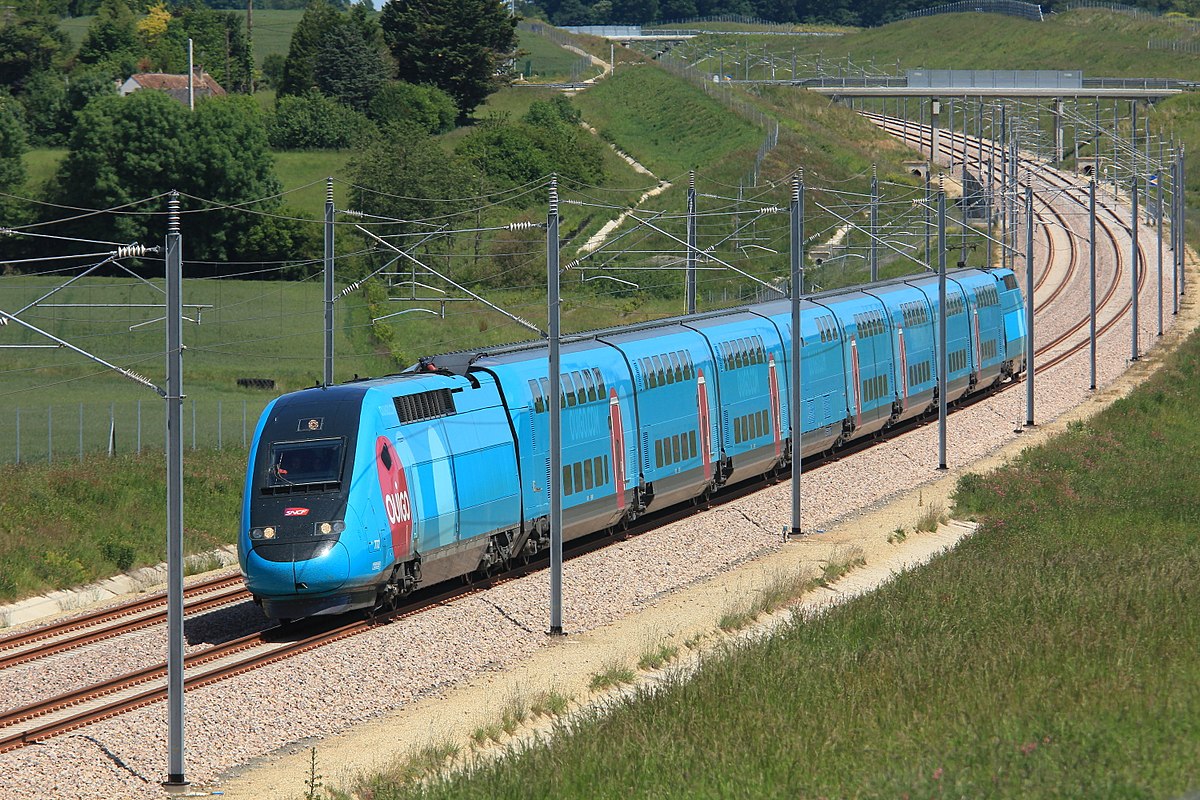 A feasibility report on ultra high-speed surface transportation in the Cascadia region was released two weeks ago. The $300,000 study was commissioned by the Washington State Legislature earlier this year. A delegation from the Governor’s Office, Washington State Department of Transportation (WSDOT), and CH2M (the consultant) presented key findings and rationale for developing an ultra high-speed transportation network stretching from Vancouver, British Columbia to Portland, Oregon.

Often referred to as the the “Cascadia Corridor,” the two states and province have an active passenger rail system operated by Amtrak at conventional speeds on more than 400 miles of track. Trains are limited by at-grade crossings, tight curves, and lack of catenary power systems in addition to modern high-speed rail trainsets. The report, however, suggests that the corridor is well positioned to facilitate a successful high-speed rail network.

“This is about investing in ourselves and in the broader Cascadia region and in these tough times we need more openness, more connectivity, more trade, not less,” said Charles Knutson, Executive Policy Advisor to Governor Jay Inslee. “This could be a really powerful symbol of not just a working relationship, but friendships and family relationships that we have throughout the Cascadia region.”

Nuts and Bolts of the Study

Three technologies were evaluated as part of the feasibility study. Two of these technologies are already operational globally and in public use, such as traditional TGV- and Shinkansen-style high-speed rail as well as small meglev systems in Shanghai and Nagoya. A third alternative technology, a literal and figurative pipe dream, known as “hyperloop,” was also tacitly studied. That technology is promoted by anti-transit electric automobile booster Elon Musk.

During the presentation, Scott Richman from CH2M described the different features of three evaluated technologies:

In terms of anlazying feasibility of corridors, passengers, funding and costs, and technologies, CH2M used a traditional model developed by the Federal Railroad Administration (referred to as “CONNECT“) and a variety of time periods to develop estimates. 2015 forms the baseline for analysis with 2035 as the initial forecast year and a 20-year time horizon from that to 2055. Other screening criteria were also used in developing the study results, such as:

The feasibility study evaluated five corridors between Vancouver, British Columbia and Portland, Oregon. This was whittled down to three primary corridor options (noted in green in the table below). The study suggests that 12 daily roundtrips would be the ideal level of service at launch. Higher numbers of roundtrips beyond 12 would begin to see diminishing returns, at least at first.

A notable difference between Corridor 1 and Corridor 1A is the terminus in Vancouver, British Columbia. Corridor 1 would terminate trains at the existing central railway terminal east of Downtown Vancouver. Corridor 1A, however, would terminate trains near Vancouver International Airport. Separately, CH2M evaluated options to connect to Spokane via Stampede Pass using mostly existing traditional rail lines but at modestly high speeds (around 90mph) as well as linking with California High Speed Rail in Sacramento.

The best corridor for ridership according to the feasibility study is Corridor 1A, which could garner between 2.0 and 2.1 million passengers in 2035, depending upon whether conventional high-speed rail or maglev technology is used (maglev performed slightly better due to speed). Corridor 4 performed the worst for ridership in the study, but would also be the cheapest option from a construction standpoint.

Capital costs to deliver high-speed rail would not come cheap. Richman bluntly stated to the transportation committee that costs were “astronomical.” But it takes a fairly narrow lens to arrive at that conclusion (e.g., neglecting to account for costs in providing equivalent highway capacity increases and costs to the public and business by congestion delays).

While ongoing operational funding for ultra high-speed ground transportation would largely come from fares, public subsidies may be required, particularly in early years. Eventually, the corridor could become financially profitable. Upfront costs could be paid for through a mix of state and federal grants, loans, and bonds. Third parties may be also be interested in using a public-private partnership model to finance construction and operate the corridor. Other funding sources could include private financing from foreign infrastructure banks or Private Activity Bonds, which were used by Brightline in Florida. The Canadian and British Columbian governments may also utilize similar tools.

An interesting finding in the feasibility study was that maglev would be projected to become profitable sooner than conventional high-speed rail. CH2M suggests that a maglev corridor could fully fund operational costs by 2035 while conventional high-speed rail would achieve full operational cost recovery by 2055. In a way, that makes some sense since costs for overall maintenance and operations would be lower and ridership would be slightly higher with maglev.

However, it’s not clear how costs for conventional high-speed rail might be reduced if tracks were shared with commuter and subregional intercity routes. The analysis does not get that deep, only going as far to consider multimodal connections at stations–like a new east-west rail line to Spokane terminating at King Street Station in Seattle. The study explicitly states the the CONNECT model’s limitations make it difficult to assess the impact of trips shorter than 50 miles. A more detailed study might be able to pick that and give greater credence and value to conventional high-speed rail.

The report is just the first step in building the business case for more detailed planning and formal high-speed rail program. Next month, the Governor’s Office will release an economic analysis of building out a modern high-speed rail network. Microsoft and trade organizations helped fund that study, chipping in $60,000 to better understand the kind of economic impact that high-speed rail might provide and the cost of doing nothing. Governor Jay Inslee is also requesting that a wider business case be funded by the legislature. His supplemental budget requests that the legislature allocate $3.6 million for a much deeper analysis. Rail advocates would be wise to pressure legislators to act by fully funding the study.