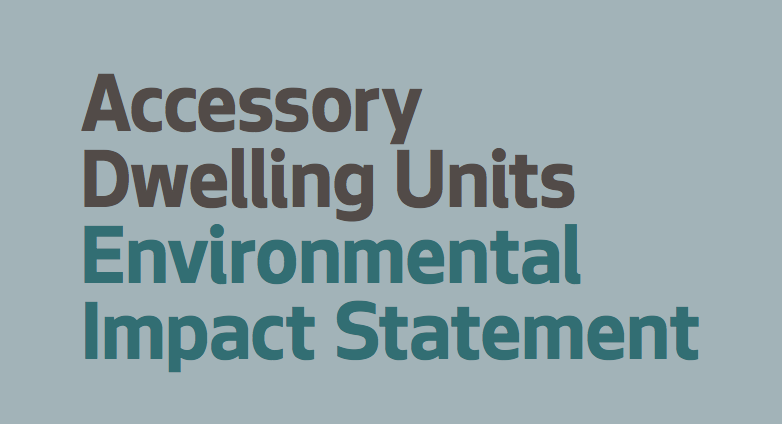 On Monday, a scoping report on reforming backyard cottage (also known as “accessory dwelling units” or “ADUs”) regulations in Seattle was released. The scoping report summarizes the feedback that the city received and how the city intends to respond through development of a Draft Environmental Impact Statement (EIS). The Draft EIS will consider a range of alternatives and identify possible mitigation measures to ensure compatibility.

According to the report, over a thousand comments were received during the initial comment period in October. These comments are summarized thematically. The breadth of them is far reaching touching on all elements of environment, such as light, aesthetics, built form, and transportation. Many comments requested that the EIS process consider alternatives well beyond the topic of ADUs.

“Several comments addressed the number and composition of alternatives, including requests that we expand the proposed action alternative or add a third alternative in order to broaden the scope of the analysis,” the report states. “Some comments suggested a third alternative composed of a more aggressive scenario that allows duplexes, triplexes, and small apartments and considers smaller minimum lot sizes for subdivision in single-family zones. Others requested an alternative whose intensity is between our proposed Alternative 1 (No Action) and Alternative 2 by excluding certain changes, such as leaving the owner-occupancy requirement in place, or through other actions that restrict ADU production.”

The action alternatives will consider the following regulatory changes:

For now, city staff are in the process of preparing the Draft EIS, which should be released later this year for public comment.