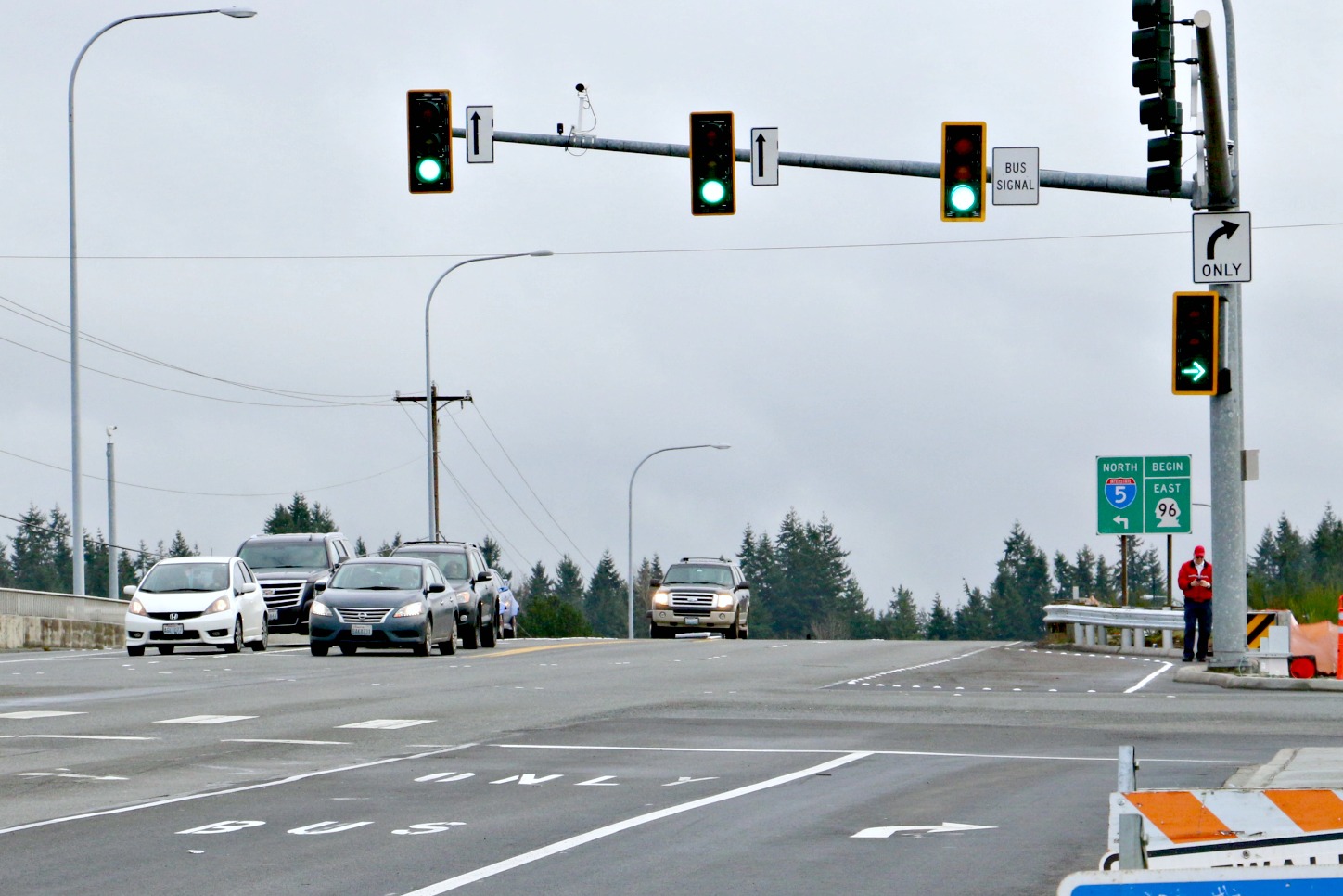 Community Transit has completed work on a new queue jump designed to speed buses across an overpass crossing I-5. The queue jump is located on the west side the 128th St SW overpass in South Everett. Eastbound buses will be able to take advantage of the extra lane at the intersection and use a relief pocket on the other side to merge into regular traffic. The configuration directs general traffic to continue through the existing lane on either side of the queue jump as normal.

The queue jump has been installed as part of targeted speed and reliability improvements to serve future bus rapid transit. In 2019, Community Transit will launch the Swift Green Line between Seaway Transit Center in Everett and Canyon Park Park & RIde in Bothell. Several routes such as the 105, 106, 109, and 860, however, can begin benefiting from the queue jump immediately.

Community Transit estimates that buses are delayed anywhere from 3 to 17 minutes in crossing the overpass, depending upon traffic. The queue jump should cut that down by half or more, improving reliability and saving service hours for other purposes. Another queue jump will be added for westbound buses on the other side of the overpass. It should open this summer.