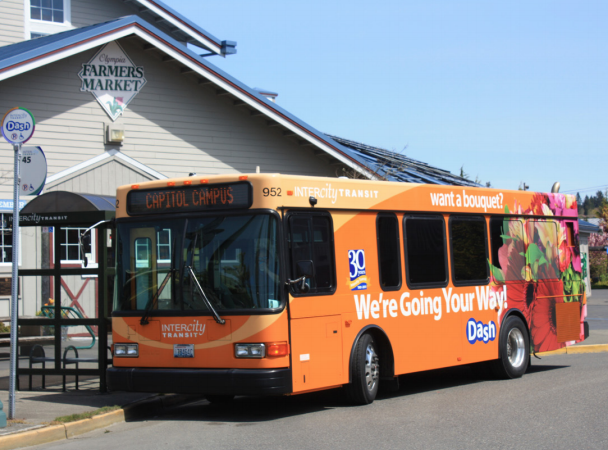 Thurston County’s Intercity Transit could get new funding authority if the Washington State Senate allows a floor vote on a pending bill and sends it to the House of Representatives. Sponsored by State Senator Sam Hunt (D-Olympia), SB 5288 would create a special carveout in state law for Intercity Transit to impose additional 0.3% sales and use tax in Thurston County. The extra tax would have to be authorized by vote of the public within Intercity Transit’s public transit benefit area.

Intercity Transit is already authorized to impose a 0.9% sales and use tax, for which it currently imposes at 0.8%. If the additional 0.3% were authorized, the maximum rate would be 1.2% garnering about an additional $16 million in annual revenues (or $4 million per additional 0.1% in sales and use taxes). In 2015, Community Transit was granted a similar carveout and subsequently went to voters for approval that year. The agency paired the tax increase with significant plans to add service and roll out bus rapid transit projects.

Ridership within the Intercity Transit system has been growing for years with numbers up nearly 70% over a five-year period as of 2017. System expansion and modest improvements have been made along the way, too, such as a new cross-county route to Tacoma. With additional funding, Intercity Transit would be able to increase service systemwide and replace an aging fleet.

Unfortunately, even with the remaining taxing authority, the revenue that could be generated falls far short of the transit agency’s needs. Changes in federal law under the FAST Act and others have greatly hampered funding for smaller transit agencies like Intercity Transit and sale tax revenues plummeted during the recession. For instance, the transit agency had expected federal grants to pay for 80% of fleet replacement costs; now the transit agency must pick up 100% of the costs under new formulas. Like other urban areas of the state, realization of sustainable development plans are also predicated on transit service and access. This is true even for the state’s capitol.

With any luck the bill could become law this year. But transit advocates throughout the Puget Sound should rally in support of Intercity Transit to ensure that bill gets the vote it deserves.