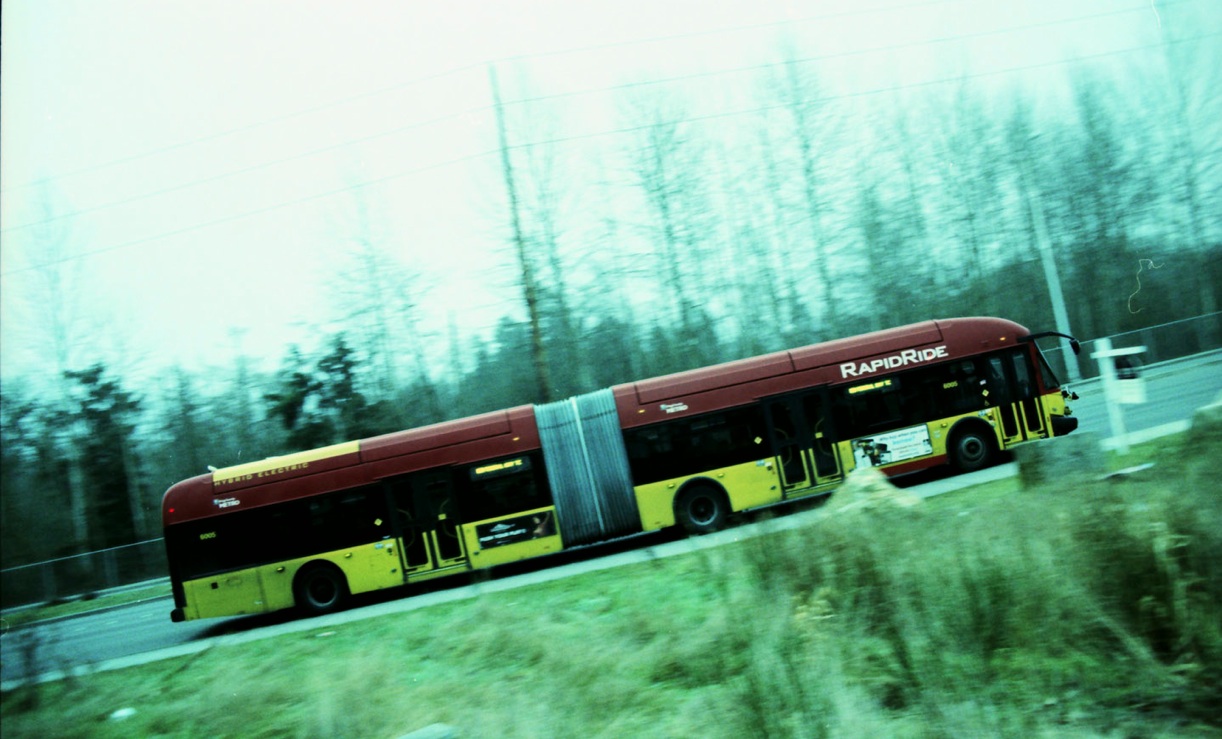 He was showing me his app. I saw a series of vertical green bars laid across an X-axis.

Our shifts now concluded, after an evening of waving as we drove past each other, we could now finally speak.

Atlantic Base was mostly empty, and we stood in the deserted locker room, taking forever to get out of there. It’s a ritual of sorts. The moment you’re free to go, you tarry a little. Thomas was explaining about the green bars. Each represented the number of steps walked in a given hour. We nodded sagely like this was important, as we remembered to chuckle at ourselves inside. Graphs make everything so serious.

“Seven thousand steps is six miles? Wow.” Almost all the steps were concentrated in one of the bars. “What’s this here, at 3pm?”
Thomas held forth. “That’s where I was riding my bike to work.” He’s a details guy. Former supervisor for Access Transportation. Bus driving is nobody’s first job; you always come from somewhere else, and it shapes how you see the work.

He expounded on his 7,000 step bike ride as we sprawled out, finally in a safe space. I listened because I could be off guard now, comfortable, unfocused in the trafficky life-or-death sense of things. And because Thomas is fabulous. What a guy. That accent! He’s from somewhere down South, where even consonants get drawled, and every word is what it should be– an art piece in its own right, especially from him, what with his urbane Northern sophistication offering a pleasing contrast, creating the effect of an accent belonging to a country of one: there’s only a single Thomas. Like me, he gets through the absurdity of life with laughter. Is there another way?

He explained the singular madness of today’s bike commute. The heavy side winds on bridges. The pelting rain. When people tell wind stories, the wind is always insane. He had the data to back it up: 56 minutes to travel a 19 minute distance, this many steps, bullets of rain coming in from the side… the guy knows how to paint a picture. “I didn’t have time to shower before work, which I really wanted to do after all that exertion, but– it didn’t matter, because it was so cold I didn’t even break a sweat!”
“Oh my goodness how clever of the universe! Obviously it was divine intervention!”
“Obviously. I’ve never had to take a breather halfway through a fifteen minute flat bike ride! I’m usually looking at my speedometer it’s saying 13, sometimes on a good day 17. I’ve never had to be pounding away and then look at it and it says eight!”

“Look at you, Thomas!” I said, my voice playfully rising. “You’re doing everything. You’re doing all this physical stuff, you’re paying off your car, you’re being nice to the people on Fairview Avenue, changing lives, saving lives by deciding not to run over people–” look at him smiling– “and meanwhile you’re battling gale-force winds!! Mister Thomas, you’re just the man of the hour!”

We died laughing, together. We cackled for an audience of ourselves, slapping the lockers with glee, two grown men in an upper room after hours in Sodo; those office buildings you see at night, figures in a window with the lights still on. This was how we commiserated after a long day. We didn’t talk about the stresses of traffic and schedule. Sometimes commiserating doesn’t have to revolve around the relevant topic. How many difficult moods or days have been laid to rest with your spouse, your friends, your child, by actually talking about something else?

We made everything new again.