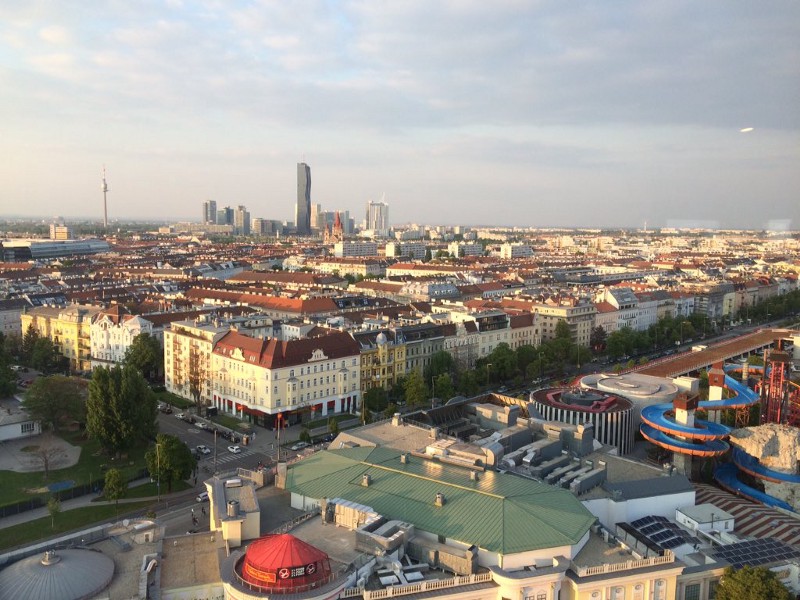 On Wednesday, Mayor Jenny Durkan reaffirmed Seattle’s commitment to the Paris Climate Agreement, and unveiled the climate mitigation plan, Seattle Climate Action. She promised to make, ‘meaningful changes’ on building efficiency and transportation emissions. A few startling facts stood out in the report: one-eighth of our carbon emissions are from transporting freight. Half of Seattle’s carbon emissions are from passenger vehicles. Heating, cooling, and powering buildings constitutes a third of our emissions.

The good news is that per capita rates are falling –though not enough to meet climate goals. The percent of emissions attributed to buildings has fallen from 40% in 1990– in part due to Washington’s energy code (which incrementally will require Passivhaus levels of efficiency somewhere around 2027). The per capita emissions for residential buildings have also dropped significantly. This is not surprising –most of the construction in the last 30 years has been denser, multifamily housing built to more stringent energy codes than detached houses built before 1990, and it constitutes a large chunk of our overall housing stock now.

Also at odds to the report is the statement that Seattle is, ‘expanding transit, bicycle, and pedestrian infrastructure and services.’ Outside of Link, we really have no transit prioritization. There is effectively no penalty for single occupancy vehicles blocking the box. Unlike most of Europe (or even Toronto), none of our streetcars have dedicated lanes –so they sit in traffic with everyone else. The Center City Connector might be axed. Bike lanes are being slow rolled or killed all over the city. Pedestrians walking downtown frequently are given the finger while cars maintain their mobility. The net result, as Mayor Durkan rightly claims, is no commuters –cyclists, pedestrians, transit riders, or drivers –are happy. The question is really what will the city do about it? Well, here’s what the report suggests.

Electrify everything under the sun.

I’m not even kidding.

Electrical vehicle charging in the right-of-way. This is effectively a giveaway for wealthier households that can afford electric vehicles. Many of these households already have chargers in their own homes. Surely there are better uses for publicly held land than powering up 200 sf death machines.

Electrical Vehicle (EV) readiness for new construction. The 2017 electrical code will require new parking to facilitate EV charging. Luckily, council just increased the area where new buildings won’t be required to add parking. Hopefully one day that will extend to most of the city.

Electrification of rideshare/taxis, municipal fleet, and a charging station network map and distribution strategy. All of these are positive in that they reduce greenhouse emissions, but they really do nothing for congestion –or safe mobility for pedestrians and cyclists.

Greener buildings –somehow. The green building incentive program has been a dismal failure.

Oh wait, the plan does includes a congestion charge, something I would gladly support, especially if the fees offset transit and mobility options for those who are not wealthy. This concept, in its infancy in Seattle, also brought out an actual question at the press conference: ‘are you escalating a war on cars’ –which, much to my dismay, the mayor claimed she was not.

Mayor Durkan went on to claim that Seattle will be a leader on this front, but given experience with the G L A C I A L progress on bike lanes, transit prioritization, and my own foray into passivhaus – I’m not sure that’s possible. There are a number of actions other cities are or have undertaken quite rapidly. Do we have the ability to follow suit?

Will we put forth a land use code that doesn’t penalize, but heavily incentivizes passivhaus or nearly zero energy buildings (nZEBs), as Brussels and Vancouver have been doing?

Will we rapidly expand and roll out our pathetic bike network and provide safe, green cycling infrastructure for our new and existing residents, as the city of Vienna has been doing?

Will we de-incentivize single occupancy vehicles from crowding our streets, polluting our air, blocking our transit, and endangering cyclists?

Will we increase pace and reach of transit to give more households more options to ditch their cars and live a greener life?

Will we abolish parking minimums? Will we accommodate those who want to live a car-lite or car-free life?

Will we institute parking maximums that return on street parking to the public when off street spaces are built, as the city of Zurich does?

Will we build urban villages that are in fact urban– and not just a gerrymandered commercial strip that immediately steps down to single family zones?

Will we reallocate streets and right-of-ways into pedestrian zones to make up for lack of public space in dense areas?

Will we find creative ways to let families remain in the city? Will we let thousands of Baugruppen flourish?

Will we build social housing? Will we loosen barriers to up the rate of construction to meet demand? Will we legalize four- to six-story buildings without ground floor retail? Will we allow dense, multifamily and mixed-use construction off arterials? Will we legalize dense, bike, and transit-oriented development around open space and parks?

Mayor Durkan is absolutely correct that Seattle should be a leader on this. To do that, though, we might have to stand on the shoulders of some peer cities. Time is of the essence. I look at a report like this, and think about what has been happening in Vancouver, Vienna, Freiburg, New York, and London.

Almost all the things I think about what cities are doing to address mobility, to address climate mitigation, to address energy efficiency, and most importantly, to address livability (especially at scale)–are largely absent from this report. How can we change that? How can we have a city that continually champions a more livable, greener, and denser future? How can we do it in a way that is equitable and socially just? How can we prioritize moving towards a climate-friendly city, without just putting a (photovoltaic) bird on everything?

This is a cross-post from Mike’s personal blog on Medium.