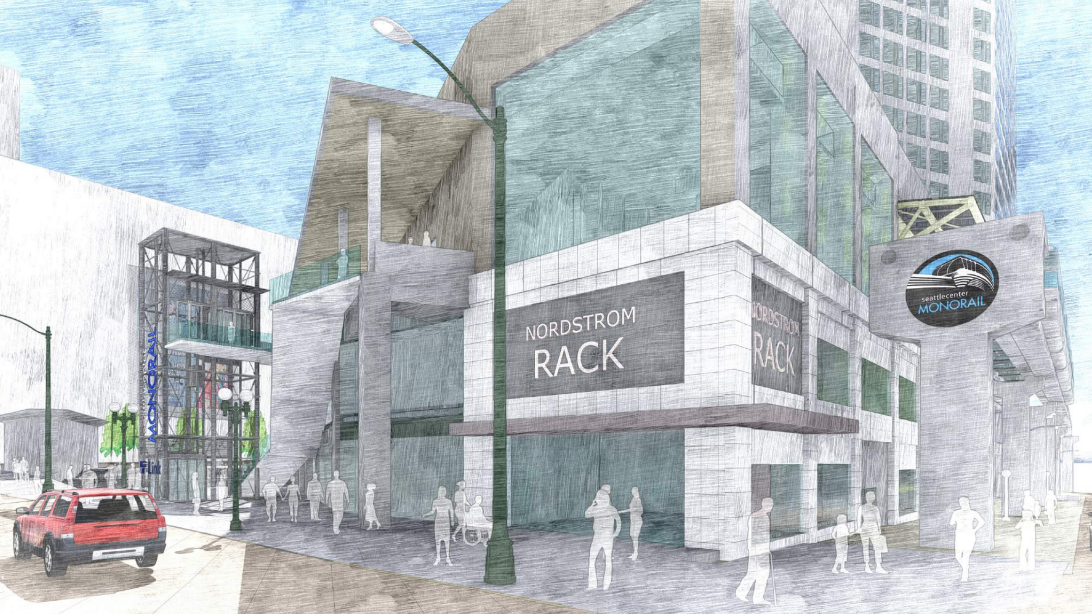 Last week, the Seattle Monorail released a study detailing strategies to upgrade the monorail from tourist attraction to an integral rapid, high-capacity transit line. VIA Architecture, a local design and planning firm, was commissioned for the job and suggests that three phases of strategic investments be made in the coming years. The cost for the full suite of improvements is relatively affordable with no more than $25 million needed to double overall capacity.

The case for the Seattle Monorail is actually quite good. Third Avenue is already running near capacity, buses lack the kind of grade separation that the monorail offers, and there is only two stops on the monorail. As a result, the monorail is able to traverse the distance from Westlake to Seattle Center in 1.5 minutes while buses on Third Avenue take upward of 10 minutes on average to reach the heart of Uptown/Seattle Center. And while frequency between the monorail and Third Avenue-operating buses is about the same between the two districts, service reliability is vastly better than the buses. The monorail boasts nearly 100% on-time performance where buses are running around 87%.

Actual usage of the monorail today, however, is closer to 5,500 daily riders, which is far below the potential capacity.

There are several big impediments to ridership:

The study contemplates two phases of improvements to the Westlake monorail station. The first phase would involve very modest changes to improvement passenger flows and move to automated fare payment. The second phase would primarily be focused on giving passengers better access to the station.

Three phases of improvements to the Seattle Center stations are recommended by the study. The first would make basic operational improvements changes for fare payment and boarding followed by two rounds of deeper visual connection and accessibility improvements through ramps and stairs.

The first phase would cost around $3.1 million in 2018 dollars. The second and third phases would come in under $6.9 million in total.

The study suggests a future infill station in Belltown, perhaps around Bell Street. VIA Architecture indicates that the station could be technically feasible. The additional time associated with the stop could add about four to six minutes to roundtrips, planners suggest. The implication of this is reduced frequency and thereby capacity, which could affect overall demand and particularly depress ridership on game days at Seattle Center Arena (assuming trains are running full). However, the infill station would offer additional utility for riders heading to and from Westlake or Seattle Center, perhaps bolstering general ridership. A location on Fifth Avenue at Bell Street also fits well with bus service which operates on Battery Street, Bell Street, Blanchard Street, and Third Avenue.

VIA Architecture provided general schematics of what the infill station could look like and how it would fit within the Fifth Avenue right-of-way. The space is fairly tight given the rails, platform requirements, sidewalks, and station access elements. It’s not suggested in the study, but if this is a desirable thing to accommodate near Bell Street, it would be wise for city officials to reserve right-of-way or build in incentives to facilitate the station through the Land Use Code.

The study highlighted several other concepts considered in the review process, such as an additional platform at Westlake and station at McGraw Square. However, these concepts were removed from recommendation. If the monorail gets new life through the concepts still on the table, it could be welcome news for transit riders and more widely provide a real rapid transit option to the regional transit system.

How Would You Design A Better Seattle Monorail?