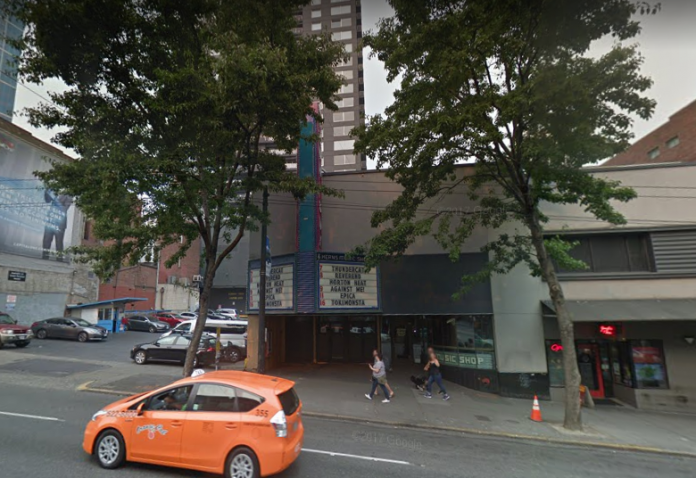 On Monday, the Seattle City Council temporarily expanded the Pike Place Market Historic District, effectively saving the Showbox for now. The reprieve doesn’t guarantee perpetual protection of the famed music venue, but it does set in motion a process to study a permanent expansion of the historic district to the property in order to keep the space open for concertgoers and bands alike.

The effort to save the Showbox came in response to a pre-application submitted by a prospective developer last month that is considering a 44-story, 442-unit highrise tower. Canadian firm Onni Group has built other large-scale highrise projects in Seattle and hopes to do the same on the Showbox site. However, the historic district expansion will apply for 10 months allowing for a full review and landmarking process to proceed.

The adopted legislation was significantly refined from a week prior. Originally, Councilmember Kshama Sawant had submitted legislation that would have expanded the historic district to include several more properties along First Avenue–which are still at risk of loss despite significant architectural and cultural association with the historic district–for up to two years.

The final legislation spells out a robust timeline for the Seattle Department of Neighborhoods to review and evaluate the Showbox site for permenent registration in the historic district:

Unrelated to the Showbox, the city council authorized two vacations of right-of-way. The vacations fullfill the city council’s obligations to developers that have held up their end of the bargain for recent developments. One of the projects is in Eastlake where a developer built an underground parking garage below E Howe St and repurposed the at-grade right-of-way as a public open space and pedestrian midblock connection that will eventually be extended further west. The space is well programmed. Meanwhile, the University of Washington received several vacations for its burgeoning West Campus that similarly contains midblock pedestrian connections and public spaces where the vacations have been granted.

Finally, the city council set out a specific set of principles for the Seattle Department of Transportation (SDOT) in reprioritizing Move Seattle Levy projects. The resolution was developed in response to a “reset” that Durkan Administration has placed on the program, which itself is supposed in response to changes in transportation funding priorities by the Trump Administration–though Congress has not materially changed such priorities to date. SDOT assumes that capital investments from the federal government will fall during the life of the levy and expects that to impact the ability for various sub-programs of the levy to be negatively impacted in the form of budgetary shortfalls.

The city council’s resolution requests that SDOT check in with the city council as the program moves forward with formal work plans. Some the principles spelled out in it include:

Importantly, the city council is requesting that SDOT provide a full report on project commitments that the transportation believes can be delivered during the life of the program. That report will be due to the city council by end of year. In it, the report will need to provide the changed funding levels, project timelines, and project priorities as compared to the original spending plan. If a particular project cannot be delivered, SDOT will need to explain why and what the funding shortfall is. Documentation for grants will also need to be provided and an explanation of strategies to acquire future ones.