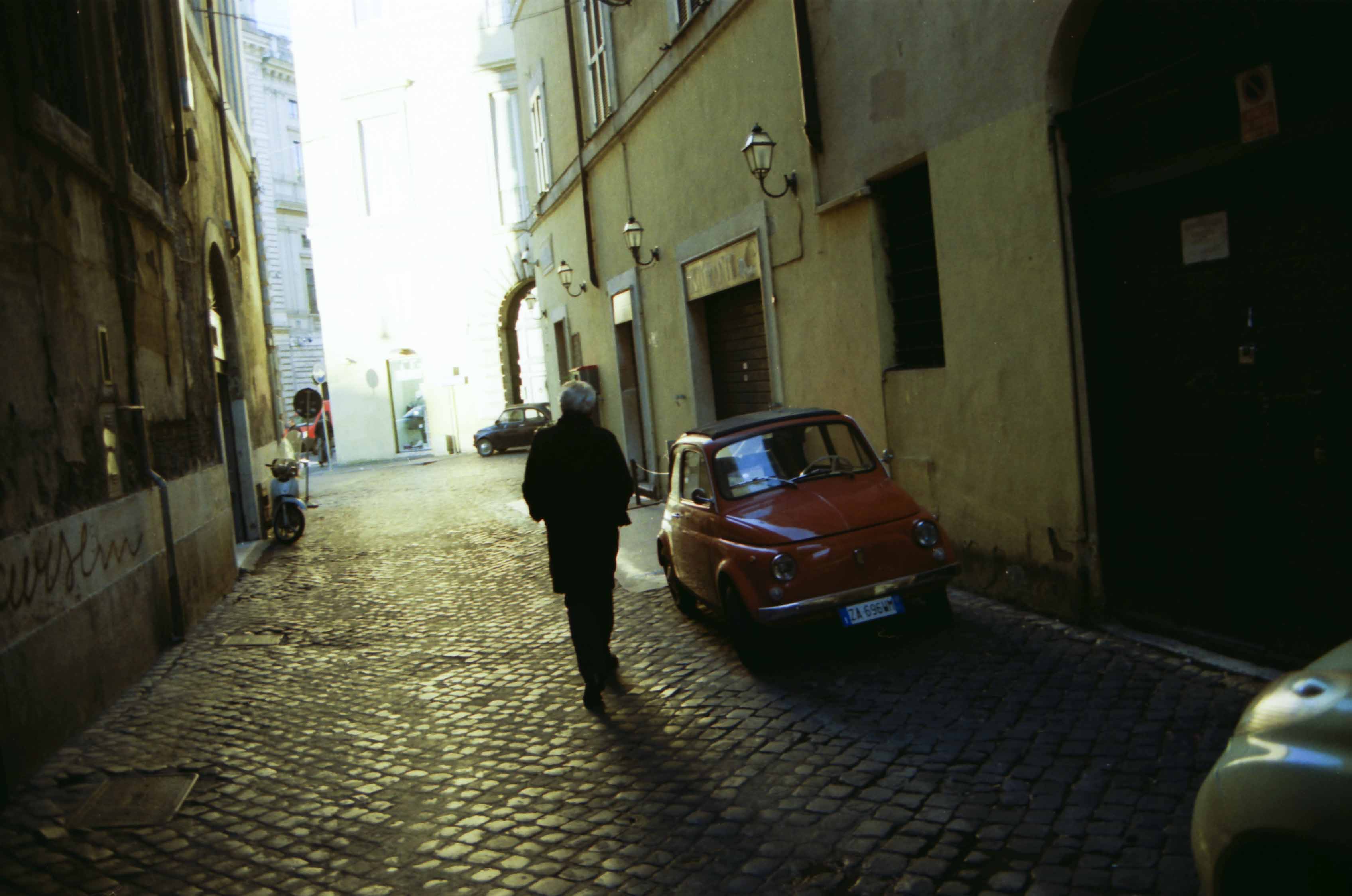 It’s the urban fashion du jour for how to hold a phone, and it confounds me.

You hold your phone, which is not on speakerphone, like a fragile radioactive pebble of a walkie-talkie, and you constantly switch from holding the phone to your ear to listen, and more often holding it flat directly in front of your mouth to spew into. I see this only in inner-city urban areas, or amongst young people pretending to be from urban inner-city areas. None of these fine folks were alive early enough to know how to operate a CB radio, but that’s exactly how they use their smartphones. I’m perfectly willing to understand others’ idiosyncrasies, but it seems to me about as useful as the inner-city side grip method of firing a gun, which does nothing except make aiming extraordinarily difficult, and became popular only because it was used by fictional gangster characters in 1990s-era movies and TV shows.

Milan Kundera wrote once that all gestures are appropriated, because that’s the only way they acquire meaning. I’ve got a shiny new dime for anyone who can tell me who managed to glamorize pretending a cell phone works like a Project 25 transceiver, and what on earth that signifies in terms of status or cool. It reminds me of a teenager shifting his automatic transmission from L to 2 to Drive, in a dreamy attempt to be the unstoppable, deep-throated stickshift-knowledgeable alpha dog male he one day wishes to become. Aw. Your $769 iPhone 7 Plus doesn’t work like a ham radio, or a walkie talkie, but I won’t stop you from using it that way. To be happy, in ways that don’t hurt others… who am I to judge?

He was speaking to none of us, but we heard him anyway. Near the front of the bus, in nondescript clothing I can hardly remember: picture a deep turquoise sweatshirt, corduroy brown pants, gray curls on his balding pate. Despite being a good two decades older, he held his phone in proper conformance to the urban schtick outlined above, pulling it off with admirable aplomb. Way to keep up with youth culture, I thought. Maybe he has kids.

“Yeah, I’m talkin’ to you! Who you think this is? Why the fuck– you get my text? Did you not get mah text from five minutes ago, and you tryin’ not to call me? Man, fuck you, bitch, you ain’t no lady! This ain’t no way to be treatin’– what I been trying to tell you? Oh. Oh. Oh. You think I got no right to talk to you like this? Why you think I’m talkin’ at you this way? You think I– is that right. Tell me why I shouldn’t be talkin’ to you like that. You think I got no right after what– man, fuck you. I say like this, fuuuuuu–”

He didn’t look young, or hip, and at first I thought his youthful word choice worked in admirable counterpoint to his comfortably aged appearance. He could keep up with the rest of them… but wait. My snark receded as he grew more human the further he spoke. He was a man with frustrations, and a sense of the anxiety that comes with losing control. You ain’t no lady. That was the generational giveaway in his words, the expectation of a certain standard of behavior, an attention to principle that was apparently being violated– on both sides. He may have had little in the way of filters, but his anger seemed less petty than righteously indignant, the voice of one pushed against their will to a place where they yield to the pressure and abandon their better selves.

Bus drivers tend to wait before interfering; it’s a real hazard, intruding on someone who’s already heated. The risk of escalating a situation is overwhelming, and so many incidents are best left annoying or unpleasant than elevated to that of real danger. I listened to him and calculated. The 7 has a more tolerant language and behavior threshold than most routes, but even for the 7, his final “fuuuuuu–” above compelled me to say:

Wow, I thought. I wasn’t expecting him to say that.

“‘Ppreciate it. Thank you,” I replied, genuinely surprised. An about-face like that isn’t the easiest thing to accomplish. He offered a few more choice words to his phone, and hung up shortly after. He paused.

He breathed out for a while.

His earlier tirade had a sing-song quality, a rolling clutter of emotions and hard edges run amok. This was different. It was the sound of something gently rising, a person relaxing into who they are when they’re not trying so hard. His voice changed. I could see his eyes now, really see them and the unnamable soul who lived behind them, not just the reductive specificity of anger. One of my favorite things is watching someone’s kindness rise. The alchemy of such moments is mysterious; I feel as much a witness as a participant. Here he was, a middle-aged man in a sweatshirt, remembering with his body that he was a good man.