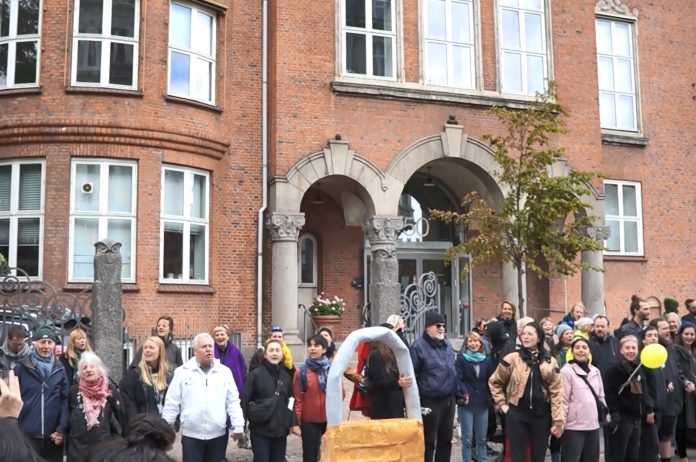 Inspired by the community ownership movement, I travelled to Denmark last fall to learn from a country known as one of the most cooperative in the world. A third of housing in Copenhagen is cooperatively-owned and the non-profit sector houses a fifth of Danes. I saw the benefits of community ownership but also how the struggle to create it has been forgotten and it has been almost entirely defeated by neoliberal policies in the last 18 years.

To my dismay, I found that Denmark is now considered a ‘post-welfare’ state, rapidly instating overlapping racist and neoliberal policies while housing prices have become unaffordable for many. During my time there in November, I witnessed the government passing neo-apartheid housing policies called the “ghetto package.” The package applies harsher, discriminatory laws and threatens demolition to poor and ethnically “non-Western” non-profit housing neighborhoods officially labeled “ghettos.” The “ghetto package” is not only racist, it leverages racist public opinion to undermine the non-profit housing associations sector’s self-determination.

But just as I am grateful that every Dane didn’t judge me for American political leadership, I found that many Danes still have open hearts and communitarian values. Through living in two communities and many interviews, I had the opportunity to learn about the vestiges of community-owned housing in Denmark before it’s lost from living memory.

I focused on examples of three types of community-owned housing: a private cooperative, a non-profit housing association, and Christiania, an 800-person legalized squatter community. Their everyday stories demonstrate something revolutionary to most Americans: it is possible to own your home together with your neighbors.

To clarify, owning property together doesn’t mean you have to share a bathroom and kitchen. In these models each family has their own apartment in a larger building or complex that they own together.

Resident ownership removes profit from rent and open-market pricing of homes. The residents in these models decide on their finances as a group such as when to invest in major repairs and how much they each contribute to monthly maintenance costs. They spread the cost and risks of housing between many households (anywhere from ten to several hundred) to enjoy tenure stability, community, and high-quality homes at a much lower price than owning individually.

Birgit, a co-op owner I interviewed, describes co-ownership as a matter of collective pride and responsibility:

I like this cooperating. I really like it, because I like to own something with other people. I like that we have responsibility with each other and to this house. I like that we own it together and it’s not some rich woman or man who wants to make money out of us. We decide what to do, how will we use the money.

Dorte, who lives in a non-profit association, gives testament to the social benefits she experiences in her community, the reason she moved back after living elsewhere for twenty years:

I was sick, very sick a couple of months ago. A strong bacteria in my stomach, very sick and, and on the neighbors came, “Can I do something?” “Do you need something?” You know, it will not be possible for me just to isolate me. Cause they will knock at the door.

Dorte laughs telling this story, but as a professional psychologist she sees that loneliness affects many people in our modern society. She says, “so here, you can’t get lost. And it gives me, I can only speak for me, a feeling of safety.”

People I interviewed said their sense of belonging comes from the responsibility of owning property together, participating in democratic decision-making, from maintaining the property together, and opportunities to socialize in daily life. These come together in the Danish tradition of work parties to tidy up and improve their common areas.

Christiania resident Risenga Manghezli gets to the heart of the idea of community ownership in his TED Talk: “You can’t own this place; it belongs to everyone….The purpose of this place is not for us, the inhabitants, to be free, but to share that freedom with everyone.” On a tour of Christiania, John explains: “We wanted to take the ownership out of the house housing situation. And that means you cannot buy and sell real estate in here, we don’t own anything.”

Striving for non-ownership is a very foreign concept to most Americans who see homeownership as the financial pinnacle of life. However, Christiania’s idea of non-ownership did not come from altruism, but from an analysis that profiting from rent is unjust. For Americans trapped in rental housing, community-ownership is a good option that gives the stability and affordability that can provide a springboard into personal ownership or a third option for long-term housing.

Cooperatives and housing non-profit associations were established as part of the cooperative movement in Denmark a hundred years ago, but the grandchildren and great-grandchildren of activists now take community-owned housing for granted.

While in Copenhagen, I saw posters pasted up overnight to save non-profit housing in response to the so-called “ghetto package” instating the neo-apartheid policies mentioned above. The demonstrators put a symbolic lock on a human chain around the building that houses the non-profit sector’s shared building fund. While significant as renewed movement for community ownership, activists were not able to gain enough support in time to stop the passage of the “ghetto package” in November but continue the fight.

Danish community-owned housing models benefit many people with affordable homeownership and community control. However, generational amnesia has rendered the struggle to create them long forgotten and now they are being systematically undermined in favor of free-market values and racism.

As Seattle embarks on a struggle for affordable community-owned housing, we can learn from the models and benefits of Danish cooperativism. We can also learn the importance of broad political support. The grassroots organizing taking place is already mobilizing the movement. Seattle and other cities need to continue supporting community-owned models that can create affordability, stability, and strengthen our communities. 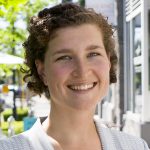 Roxanne Glick is a lifelong Seattleite and in her final year of a masters in landscape architecture at University of Washington. She is writing her thesis on what design can do to support community ownership. Her research in Denmark was supported by a Valle Scholarship and the Christiania Researcher in Residence program. She blogs at Land Where We Live.