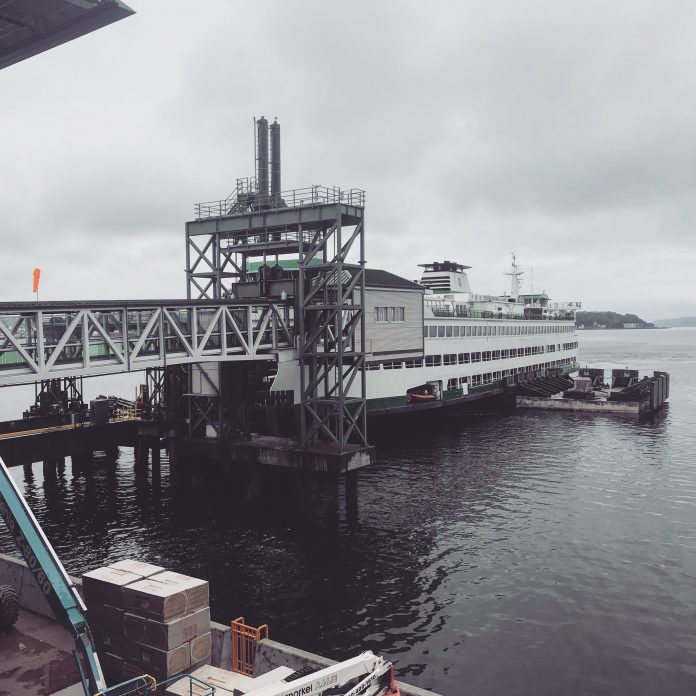 The Washington State Transportation Commission is seeking feedback on fare changes across the Washington State Ferries system. The proposal seeks to increase fares across the board by 5% for vehicles and 4% for passengers in the next year and impose new capital surcharges. It could also involve a low-income fare pilot program. The proposal also touches on other policy changes and special fare changes for the San Juan Islands and Vancouver Island.

According to the commission, the primary driver for fare increases is because the agency must adjust such that they generate revenue at the amount specified in the state biennial transportation budget through 2021. Another factor of the fare increases is to pay for new capital investments in the ferry system. Washington State Ferries has an $7.97 billion capital investment plan through 2040 with goals to add service hours, increase capacity, and replace a rapidly aging vessel fleet.

The fare changes, as proposed, would take effect in two phases. The first would be on October 1st, along with several policy changes. Another fare hike would go into effect May 1st of next year.

In October, fares would rise 2.5% for vehicles, 2% for passengers, and 5% for oversized vehicles on the Anacortes-Sidney, British Columbia route. Motorists using the reservation system that are a no-show would face a 100% increase of the one-way fare paid under proposed changes to further discourage absentee reservers. Additionally, transfer grace periods for inter-island service of the San Juan Island would be limited to the end of day service instead of a 24-hour period.

In May, fares would rise another 2.5% for vehicles, 2% for passengers, 5% for oversized vehicles on the Anacortes-Sidney, British Columbia route, and $0.25 for an additional capital surcharge (totaling $0.50). The capital surcharge will be spent on building new ferries.

Looking just at the major routes between Edmonds-Kingston, Seattle-Bremerton, and Seattle-Bainbridge Island, roundtrip passenger fares will rise from $8.50 to $9.05 (6.5% increase) in less than a year while small vehicles plus driver (non-peak season) will see fares jump from $24.10 to $25.80 (7.0% increase). This ought be viewed in context, however, that the overall fare structure still heavily subsidizes motorists over actual transit passengers (particularly occasional riders) and does little to ameliorate that reality.

The commission is also considering two new pilot programs, which would run up to three years if approved. One proposal would expand the use of the “Good to Go!” electronic toll pass, which is presently used on state highway and bridge facilities with tolling systems in place. Under the pilot program, different fares could apply to users of the pass versus payment at tollbooths and online. Another pilot program would involve establishment of a low-income passenger fare. It could start as soon as 2020 and would require special funding from the Washington State Legislature and approval by the commission before implementation.

The general public can weigh in on proposal through the end of the month. In August, the commission will hold a meeting to decide the final slate of fare and policy change.