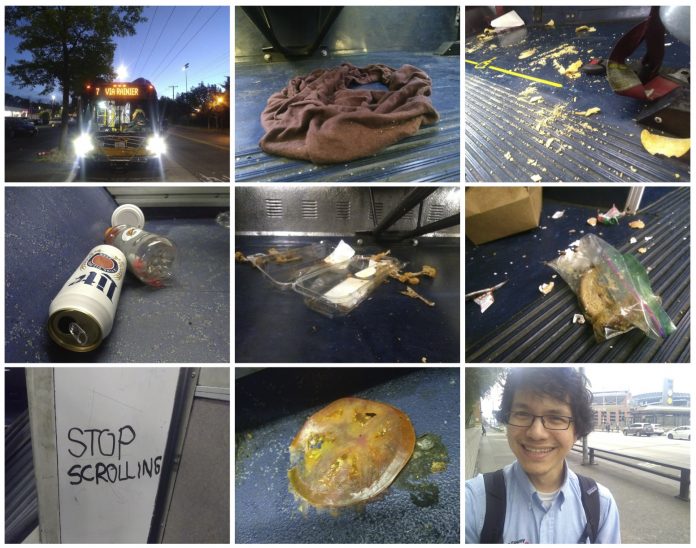 I walk out to the parking garage, or to the bus stop home as the case may be, feeling the sensations of the day as tactile, lived-in memories resolving in the act of heading homeward; a collective cacophony fading out into the night. It was the present moment, so recently, a thousand times over.

A baseball player hears the bat-crack echo of the game in the empty stillness following. I, too, hear the intensity of multitudinous present action receding, shaking itself off my form, as it must. Most nights I breathe a sigh of satisfied exhaustion, coming down off the high, searching for a gentle landing. A few evenings out of the year are spectacularly difficult, but those are not the norm.

The norm is me looking up at the vast indigo dome, thankful for whatever has taught me to be, well, so thankful. Years of habit-forming tendencies have me savoring the good moments, and they are always myriad:

My shoulders ache. I’m sweaty in my uniform, sticky with dirt on my trolley-driving hands, and my face in the base’s bathroom mirror is sleepier than I feel; but I am here, and I feel deeply and truly good.