Now that the 2019 Washington State elections are mostly decided, I’ve been reflecting on who won and lost. A lot of candidates lost. Some would say that Big Business, transportation, and poor people lost. Affirmative Action lost. But to me, the biggest loser might have been the most important out of all of them: the environment.

Tim Eyman’s passing of Initiative 976 will greatly impact transportation and low-income and transit dependent individuals, but let’s just focus on the environmental impact it will have for this thought. Barring judicial intervention, transportation projects all over the state will now have to be delayed, find funding from other sources, or get cut all together with a projected $4 billion hole into funding. If projects such as light rail get delayed or cut all together, then people will be forced to continue using their personal vehicles for transportation, which has been proven to be a negative effect on the environment. We need more light rail so we can start getting more people out of their vehicles, especially in busy Seattle where the population keeps ballooning and doesn’t look to slow down any time soon.

Cities all over the state will likely see bus service hours cut, and Seattle alone might see as much as 175,000 annual bus service hours cut. Again, this effects low-income individuals who might not have other transportation options, and it will likely force others to go back into their cars instead of taking the bus. We need more bus service to battle climate change, especially with plans of getting more electric buses into service in Washington State.

Bringing car tabs down to $30 likely seemed like a benefit to most drivers, especially those who have financial struggles. And I can also see the perspective of smaller, rural parts of the state that might not see as many of the benefits of state transportation projects as other parts of the state due to density. However, I could argue at length about how it will actually end up costing these individuals more money in the long run from delayed or cut projects to personal vehicle depreciation. Potholes and vehicle longevity don’t mix well.

Progressive candidates like Shaun Scott and Abigail Doerr not winning their respective election races will have a negative impact on the environment. Scott had the most ambitious climate change-fighting plan out of all Seattle City Council candidates with his Seattle Green New Deal, which drew similarities to the proposed national Green New Deal co-authored by Congresswoman Alexandria Ocasio-Cortez. So did King County Council candidate Doerr with her proposed climate plan that called for all county-owned vehicles to be zero-emission by 2028 among other things.

I’m not saying that Initiative 976 passing will be the final nail in the coffin for all of humanity in terms of climate change, but people would be hard-pressed to argue that its passing will be better for the environment. And I’m not saying that the opponents of Scott and Doerr will be the sole reasons for climate change getting worse. In fact, Doerr’s opponent Councilmember Jeanne Kohl-Welles has done wonderful things on the King County Council, including for the environment. But her future plans were not as aggressive as Doerr’s. If climate change was the top concern for Seattle and Washington State residents, then they would have voted for Scott and Doerr and against I-976.

I’ve been to a lot of community forums and I heard a lot of opinions this past election season. The homeless crisis usually topped the list as the primary concern with most residents. And yes, of course it’s a crisis. But so is climate change, and it’s a much larger problem. I also agree that much needs done to combat homelessness in King County. But homelessness isn’t an existential threat to humankind; climate change is. There is a lot of information out there to read but my personal opinion is that a big portion of humanity doesn’t have another 500 to 1,000 more years left on this planet at the rate we are going. And depending on the study, some would say 30 years or less. From following the history of this planet, Earth will eventually become uninhabitable for humanity, like it already has a few times before. How soon that happens is the question, though, and most scientists believe that we can drastically slow down that process. If we take action right away.

I’m baffled how this isn’t the top priority of all humans at this point in time. I dread the day in the future when my toddler niece and nephew are older and they ask me “Why didn’t you guys do more to prevent this?” Which will be a valid question. I would imagine my answer will be similar to how we currently ask our elders how they allowed people of color to use separate water fountains or how we didn’t allow women to vote years ago. Or even how we allowed teenagers to get drafted into war: “They wouldn’t listen” will probably be the best answer I can come up with, which won’t be good enough. I can’t sit and pretend that I don’t contribute to global warming either because I do own a car and I do drive it more than I should. I try to make conscious decisions but there is absolutely room for improvement.

Seattle and King County have many pressing issues. But above all they have climate change issues, and it would be hard for anyone to argue that voting for I-976 just made the environment better in King County. Climate change is simply not being treated like the emergency that it is. 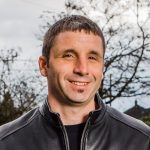 Mackenzie McAninch is a Ballard resident who is a union employee in the maritime industry, and small business owner in the music industry. He is also a co-founder of The Seattle Care Package Group, which is a group of volunteers who gather and package emergency supplies for the homeless and then hand them out to those in need on Christmas Day.