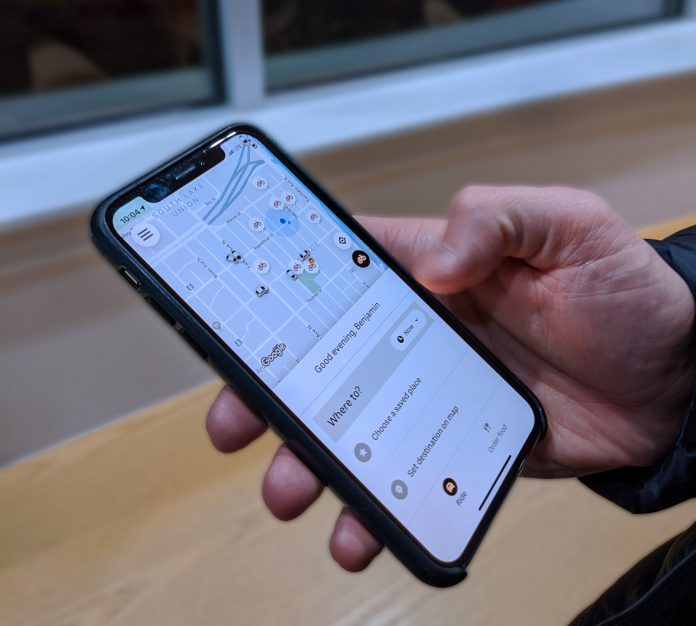 As someone who walks around Seattle on a regular basis, it is hard not to notice that a startling share of the cars whizzing down the street share a familiar look. The ubiquity of the Toyota Prius with a glowing dash is hard to miss. While our city has been out ahead of our peers, Seattle’s first step in this initiative–the “Fare Share Plan“–falls short of the promises of decongestion and full protections for drivers that are sorely needed.

Ridehailing has a negative impact on society in a variety of obvious and hidden ways, with the evidence for these effects only recently coming into focus since Uber’s founding in 2009. Economists, engineers, and public policy experts have been able to illustrate how ridehailing is impacting social welfare through increased congestion, reduced transit usage, increased wear on roads, the proliferation of underpaid contract workers, and the increase in traffic fatalities through induced demand for car travel.

While Seattle had not seen a decline in bus ridership until 2019, it has still seen significant crowding out of bus ridership by ridehailing services. These private companies are cannibalizing demand of what is intended to be a public good. These services shift dollars from our transit agencies to shareholders in New York, San Francisco, and Tokyo.

It is estimated that for every passenger ride delivered, an Uber driver drives an additional three miles on Seattle’s congested roads. All those unnecessary miles translate to more cars on Mercer Street, Denny Way, and I-5 than ever before. That’s also more wear on those roads, ultimately leading to more costs for taxpayers to repair and maintain. Climate emissions also continue to climb in Seattle and statewide, despite ambitious goals set for carbon neutrality by 2050.

All those additional miles are also uncompensated work that drivers are left to pay for without fares to cover. An Economic Policy Institute study pinned the true hourly pay for drivers at $9.21, far below Seattle’s minimum wage of $16.39 per hour. And, because this study used a conservative estimate for vehicle expenses, it likely overestimated the true pay of drivers.

Two rides per hour amounts to roughly 16.4 miles based the data that Uber has provided to Seattle over the years and the IRS estimate the expense for that average mileage to be a whopping $9.43 per hour–far above what the study suggested. These studies generally use very conservative variable cost estimates, which are closer to $4 to $5 an hour. New York City didn’t fall into this trap and used the full $10 per hour estimate for expenses in their minimum wage law.

Uber and Lyft have been competing for market and mode-share through subsidized rides on the backs of their drivers and venture capital investors. Researchers from Oxford University and the University of Chicago were able to quantify that, “each $1 spent on UberX rides generated a “consumer surplus” of $1.60. Across America, that surplus was estimated to be $6.8 billion a year.” Uber is practically giving its services away!

Understanding this consumer surplus helps us to identify the appropriate level of taxation for ridehailing companies ensuring it would be effective in reducing the number of trips and vehicle miles traveled. Increasing the cost of an Uber or Lyft ride would predominantly hit those who are younger, more affluent, and live in urban places, since they account for the vast majority of rides. For those who truly depend on the subsidized prices of Uber and Lyft today, we must continue to invest in transit and alternative transportation to lower the impact of inevitable price increases.

Depending on demand reductions from higher prices, charging Uber and Lyft for every ride they provide in Seattle could bring in more than $65 million dollars annually. This assumes charging a fee equivalent to Metro’s fare amount of $2.75. For perspective, that would roughly equal two-thirds of the size and scope of the Move Seattle levy. It is important to utilize these funds for transit initiatives to increase equitable access to transit and increase mobility. While $2.75 may be far below the estimated consumer surplus of the average ride, it is important to recognize that much of these surplus gains are owed to drivers.

While assessing a fee to fund transit, it is important to protect drivers and prevent further degradation of their earnings. Mayor Jenny Durkan and the Seattle City Council kicked the can on developing minimum wage rules for drivers in their Fare Share Plan–although the wage study they’ve initiated could lay the groundwork for a minimum wage like I’m proposing.

Any sensible proposal must include two important aspects. First, would be an hourly minimum wage equal to the prevailing minimum wage of $16.39 per hour for large employers.

Second, a per-mile payment to drivers for all travel to and from rider locations, regardless of occupancy. This per-mile payment is critical to compensate drivers for their costs to provide and operate a vehicle. In addition, it will work to create a strong incentive for Uber and Lyft to proactively reduce deadhead travel by its drivers, further lowering vehicle miles traveled, congestion, and their impacts to the streets. The logically defensible mileage charge would further compensate drivers while avoiding problems with arbitrary rules surrounding ‘cruising’ requirements. Wage minimums, transit surcharges, and mileage payments are proven techniques that can withstand lawsuits and raise employee pay.

A guaranteed $16.39 hourly wage would likely create pressure on drivers in the short-term as ridehailing companies have created a market divorced from reality. By keeping ridehailing prices artificially low, they have boosted demand while simultaneously setting low wages requiring long hours from their drivers to earn a living. The wage requirements will create better long-term conditions for drivers, however higher prices will lead to fewer riders and ultimately fewer drivers to meet that demand.

While laws declaring drivers employees to prevent the exploitation of their pseudo-employee status could make sense, but they can have wide-ranging implications for workers in other industries. Given this, any initiative of that scope would be best accomplished through action from Olympia. California’s landmark Assembly Bill 5 is facing numerous legal and practical implementation challenges over the next year. It would be prudent to understand the challenges they experience before rushing to action.

In the past several years, Seattle has been on the forefront of ridehailing regulations, setting an example to cities across the country. While the Fare Share Plan is a step in the right direction, we must continue the forward momentum and build on our transit success before it’s too late. Combining a transit fee and a minimum wage for drivers will utilize proven tools to create a healthier, if smaller ridehailing market in the future. It is important that we act now to protect ridehailing drivers, protect transit, and reduce car reliance in Seattle. 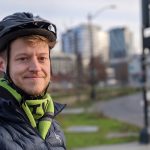 Benjamin moved to Seattle from Ohio in 2017 and is a South Lake Union resident. He is an avid pedestrian, cyclist, and critic of all things cars. When he's not out exploring Seattle, you can find him enjoying local coffee. Professionally, he specializes in data and market research.