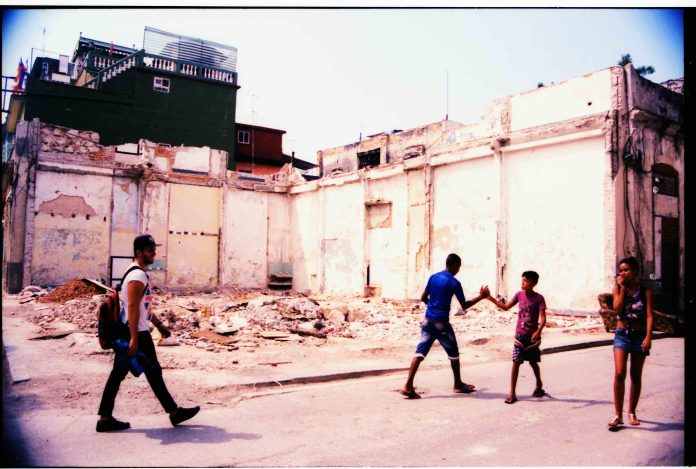 The first guy didn’t pay, but talked. “How’s it going,” I asked.
“Fine, how are you,” he said.
“Really good!”
The second guy, behind him, paid but didn’t speak. Some might prefer the latter customer. You know which I preferred! Later the first fellow came forward, being now the only passenger remaining.

“How’s your day?” I asked again. I’ve discovered you can ask this question in paraphrase more than once without anyone noticing.
“Good,” he replied. “Ups and downs.”
“Ups are good.”
“Yeah. And the downs, we just have to be patient.”

There was a wisdom in the observation I’d expect from someone at least slightly older. I looked like him in age, which given my babyface appearance meant: he’s younger than me. A college-age man in a leather jacket and scuffed black jeans.

I chuckled. Various articles of garbage–food wrappers, beer cans, scraps of paper–nodded back and forth on the floors as we drove along. The 7 crowd is known for adding character, not cleanliness.

“I know, it’s kind of crazy! It’s been out all day. Someone else drove it this morning, then another person, then I got it for the night shift.”
“You drive at night?”
“Yeah. Until… I’ll be off in half an hour.”
“That’s good. It’s a good time to drive actually, no traffic–”
“Yeah, I love it.”
“And what about the people, they’re friends?”

I didn’t have time to answer, at least not in words. But inwardly I appreciated the common language of his supportive optimism, and looking at the next zone marveled at the timing. “Hang on, I gotta pick up my friend here,” I said, pulling in. I called out to the person waiting: “Hey, Jot!”
“Hey!” she said in a sprightly voice. “I’m sorry if I smell like food!”
“Oh that’s fine! Food smells good!”

Like me, Jot also worked evenings, and sympathized with my common schedule. She’s a dear. In those days she was on my bus regularly; always the ready grin and hyperactive mind, hair done up just so–a braid today, artful frizz tomorrow–and confidently worn outfits too flattering to describe here. Tonight she’d brought me ice cream. She was only on for a few stops, but you know how a thing like that can send a buzz up your spine, a spiraling wave of joy you ride for the rest of the evening?

He asked her, “aren’t you cold?” and she said no, from working in the restaurant all day. A budding pleasantness was spreading. I opened the doors to Will. There are lot of great Wills in bus-driving land; this one’s the street fellow with the cane and uneven gait, who always has a good word for me.

“Hey Will,” I said, explaining that I was a short 49 with a different destination. He opted to wait for the next bus, and I bid him farewell.
“Thanks man!” He called out as I closed the doors. Jot stepped out; a hug and a kiss on the cheek. Those pre-coronavirus days.

“Man, people like you!” our leather-jacketed friend observed.
“Sometimes! I’ve been knowing her for a long time, she’s cool.”
“You have good energy.”
“Thanks man.”
He had more to say. “No I’m serious, bro. You have, you have the real stuff. Real good energy. You’re not just faking it. I can tell.”
“I’m glad it comes across as genuine!”
“Oh of course. ‘Cause you can always tell when people are faking it. Even with that homeless guy, you knew his name, the way you talked to him… Good energy, bro. That’s special. Man, aren’t you cold? She wasn’t cold either. Maybe I’m just…”
“And you got a coat on, too!”
“I’m from Africa. I’ve been here one year.”
“Oh, cool! Welcome to Seattle, I’m glad it’s worked out for a year. Where in Africa, Morocco?”
“Tunisia, right next to Morocco.”
“Cool, man. I have a friend who’s married to a man from Tunisia. She’s white, he’s from Tunisia.”

He paused, staring. Then thinking, then exploding with a huge smile: “Celia!”
We were both detonating now–“Yes! What? No way! Yeah, Celia and Amin!”
“Dude, I knew you would–something about your energy, man, of course! Yeah, this is a picture–I’ll wait until you get to a red light. Yeah, this is Celia and Amin in my house!”

I couldn’t believe it. Celia, a regular face from forever ago in the stories below.
“That’s amazing! That’s right, they just visited over there. Celia’s so cool. I’ve known her for many years.”
“Yeah she is. Amin I’ve known for seven years, we lived in the same area together.”
“This is crazy! This is crazy! What’s your name!?”
“Ravi.”
“I’m Nathan.”

We went on like that, living in the glow of goodness and comfort. “Small worlds” make us feel larger, richer, more appropriately entwined in this web of life we spend so much time in; they make us less lonely. Perhaps it’s indulgent of me to share this delightful friend bomb; but I know you know just as many amiable faces, and that it’s equally delightful when worlds we thought unrelated surprise us in their joyful collision. Among my favorite things is catching–trying to catch–the shape of joy as it exists out there, running across the unexpected intersections of goodwill you’ve built without thinking.

You never quite know whom you’re talking to.