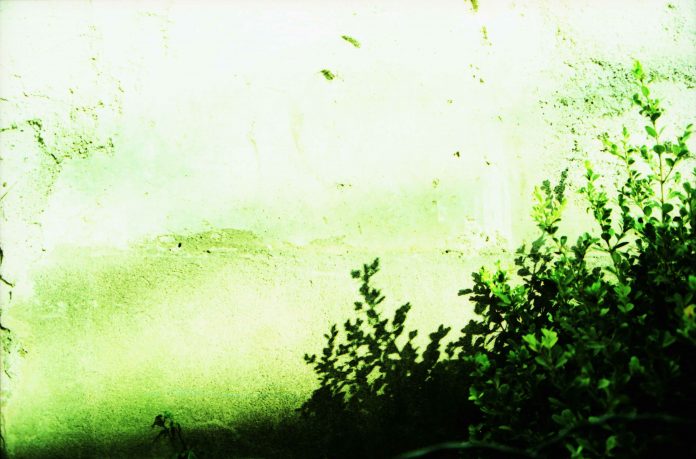 I remember being secretly excited, the two of us talking together on a midnight 41. Who started it? Probably him, but I was only too happy to oblige.

I was in the first forward-facing pair of seats and he was three rows behind me, on the bench over the middle wheels. Not at all conducive for conversation, this arrangement, but somehow it turned into the perfect setup. People want to reach each other. We wish for feel connection, belonging.

He was a black man a decade older than me, but otherwise not so different—another skinny man in urban America, apparently prone to smiling, similarly getting more pleasure out of talking to someone than not.

We talk to each other because deep down the void of mortality and the necessary loneliness of death scare us, and we wish to sit closer to the light. To feel something besides the solitude of impending death.

I said, “That looks like a pretty warm coat though. You got the fur up there.”
“Yeah, that’s pretty much it though. All I got’s a T-shirt under here. I dunno how these guys do it, lyin’ on the sidewalk like that. With the wind comin’ in, I feel it cuttin’ right through me.”
“Especially how it comes in between the buildings!”
“Yeah between the buildings! And here’s dudes just everywhere just layin’ around sleepin’. I’m from Florida. All these folks would be in jail if it was Florida.”
I raised my eyebrows. “Really?”
“Yeah,” he replied, building with the enthusiasm of sharing. “They give you a citation the first time, tell you to pack everything up. They book you three times it’s a felony.”
“Whoa. A felony! Then you can’t get a job!”
“Tell me about it!”
“Man, here people can throw up a tent on the sidewalk and leave it there for weeks!”
“All these folks would be gone. The streets would be so clean. If it was Florida they build a big huge prison to put all these people in. As soon as they come out, they put ‘em back in again.”

I couldn’t divine his opinion on the situation. We’re so accustomed to truth being wrapped up in editorializing these days. For myself, I couldn’t help but think such draconian efforts toward a clean sidewalk weren’t worth the damage it caused those downtrodden lives, and said so.

“That’s kinda scary. The way it sticks with you, on your record, and limits your future prospects.”
“It is,” he said. “What I don’t get is, there is so much opportunity here. Why’re these people just layin’ around? This ain’t like Florida.”
“Seems like more job opportunities here for sure.”
“Not just job opportunities, jobs period. Man, here in Seattle you just look in the direction of a job, and you got one. You could flip a burger and get $16 an hour for it. All you gotta do is step up! I been workin’ with these dudes now, gettin’ on good terms and all, and now they gon’ pay for surgery to get rid of my face tattoos!”
“I was gonna say, nobody’s gonna mess with you!”

He laughed. “Ha! Well, it ain’t a prison thing. People look at me and they’re like, what’s…”
“What’s the story here!”
“Yeah. But no, it’s just a look. I tried to do music, but it was too expensive. You need money for that line. But you just meet the right people showin’ up and gettin’ it done.”
I nodded. “People respect people that put in the effort.”
“I been working grocery stores since I was eight years old. I’m forty-five now. How hard is that, bagging groceries? And here, you get paid. Minimum wage in Florida is like, $8.25. And did you hear, in parts of Tennessee, it’s still $6 somethin’.”
“Okay wow. Wow. How do they expect anyone to get ahead?”

He said the next thing as if it was normal. “Especially if they get you for jail. They charge you $35 when you go in—”
“Hold up.” I couldn’t believe what I was hearing. “They charge you to go to jail?”
“Yeah! Thirty-five to start, and $20 for the wristband—”
“What?”
“Thirty-five to go in—”
“Hang on. My head’s going to explode.” I was fully turned around in my seat now, facing him. “They pick you up off the street, against your will, and book you, and then they want your money?”
He grinned with a shrug. “I’m tellin’ you man, Florida! And it’s $1.50 a day for meals, or $1.50 or $2 depending on the prison—”
“—for terrible prison food I assume—”
“Yeah. Donations, mostly.”

I got up and went over to sit across from him. He had an easy vibe, the knack certain people have for making you feel comfortable, no matter their appearance. I must have sounded so naive, but I had no idea. I’ve never been arrested in Florida. “I can’t get over this. You have to pay money to go to jail?”
“And if you can’t afford it, they hold that debt against you, as a further reason to keep you in longer. A lot of them have farms attached to them, and they make the prisoners work the farms if they can’t pay the fee.”
“That’s slavery.”
“Ah know!”
“That’s—man. That’s completely the same as… I can’t believe this. In this day and age, the…”
He shook his head, a rueful smile.
I said, “It almost makes it worse that it’s happening now.”
“It does, don’t it?”
“I mean I was aware they unfairly imprison tons of people for free labor, but I had no idea they were charging people money on top of that. How do they expect society to keep runnin’ if they’re just throwin’ everyone in jail all the time…”

I realized I was answering my own question.

“…And keep charging them all this money?” I sighed. “And the whole $8.25 an hour thing, that just keeps people forever unable to rise out of their situation.”
“Exactly!”
“The system keeping them stuck, giving them no option, nowhere to turn to. That’s a nightmare!”
“The cops are in on it, the judges, the public defenders making money off of all this. The amount of corruption—”
“At every level–”
“Yeah!”
I remembered Angela Davis’ term. “Like an industry.”
“That’s exactly what it is. You could have a seed, a single seed of hash and they got you booked.”
“Man, how do you fix a system that’s that bad. Seem like the only thing to do is just get away if you can. I am so glad you got outta there.”
“It’s not a lotta liberals down there.”
“I’d be the only one!”
“Ha!”

If some of a society is held back, then all of society is held back. No matter who you are, you want others to do well, because that will help society at large. Maybe this is old news to you. But let’s say it isn’t. In the name of doing something besides preaching to the choir, I speak now to those unconvinced by today’s calls for decency. Let’s say you don’t care about poor or marginalized lives, and are preoccupied only with your own success, unconcerned with thriving off the suffering of others. Fine. Even if these are your views you still want others to do well. Why?

Because it’ll elevate your quality of life. Land for agricultural output used to be the ultimate and primary commodity, and because it was limited, competition for it at the expense of others was binary. A zero-sum game. Your doing well necessarily meant others doing poorly. But the world today operates on what’s more accurately termed a non-zero-sum game—there are numerous commodities with ever-expanding means of delivery. Binary competition is becoming outdated. Other people don’t have to do poorly for you to thrive. Innovation increases with greater demand, fed by a supply of more people with similar problems to yours.

If more poor people and people of color can get good educations, that means there are more scientists developing cures for cancer. You want that, when you’re coming home from the doctor with a report in your hand. You want a larger pool of bodies solving problems and creating, thinking, inventing, researching, and engineering together. If more people on the street can get housing and drug counseling, that means less entry access points for impressionable youth—your kid—to get involved in addiction. Even if you believe you have no connection to street people or the working class… you still do, and you want them to prosper even if you have no empathy for their circumstances.

Because their doing well will help you.

I sound like I’m advocating for ethical egoism and egoistic altruism. I’m not. Those advocate for prioritizing your own self-interests over others. I’m speaking only what I say above in terms of social contracts and how caring for others can benefit all, without trying to sneak in political agendas. Further context:

I find things to agree with in both of these diametrically opposed views: