When I moved to Seattle from New York City last summer, I was struck by the drastic difference in the housing provided by each city. In Brooklyn, apartment buildings took up whole city blocks. Here as newcomers, my girlfriend and I spent a lot of time touring houses or duplexes instead. We weren’t interested in a luxury downtown highrise–and couldn’t afford one anyways–so we settled on an old house in Fremont–one that was near the top of our budget and cost a lot to heat every month with its poor insulation.

It was less than ideal. On a plot of land that could have housed four or five families, there was just one slightly decrepit house. At the time, I considered this an inconvenience and didn’t dwell on it. However, after learning about the Growth Management Act (GMA) and Seattle’s lack of dense affordable housing, it became clear to me that this was a much more dire issue than I had initially understood.

Seattle is full of neighborhoods like mine that have strict limits on density. I see old homes getting demolished regularly. Instead of affordable housing, million dollar townhomes spring up in their place. Over time the neighborhood transforms — becoming unaffordable, and bland. I look out my window now at rows of townhomes and miss the vibrancy of my former block in Brooklyn, where every building was home to dozens of families, and somebody’s grandma spent Sundays drying her laundry in the courtyard, and you couldn’t go more than two blocks without encountering a deli. The sounds and smells of many, many dinners being made; the din of radios and TVs and car alarms; these little tidbits of life are markedly absent.

Updating the Growth Management Act could bring them back, but this is about so much more than my own nostalgia, or what I think a neighborhood should look and feel like; it’s about real people’s lives, which will be improved if Seattle chooses to prioritize housing that is inclusive, affordable, and dense.

Seattle doesn’t need more detached housing, and it certainly doesn’t need more luxury apartments (in fact, lots of them now sit empty, a cruel irony considering how many people are on the streets). We are experiencing a crisis of homelessness, exacerbated by the pandemic, and I believe a long-term solution can be found in updating the GMA. Recently, I learned about urban growth boundaries–those lines in the sand that a city draws that decide where the sprawl must stop. In order for these boundaries to work, they have to be strict. Otherwise, the sprawl leaks out, folks chasing affordability continue to inch further out of the city, commute times go up, and green space is lost to residential builders.

But there’s a better option–one that can address the needs of all Washingtonians–and updating the GMA can help us get there. By making urban boundaries more strict, and making density actually possible (via funding, zoning laws, and streamlining the approval process), we can begin to build up, not out. We can make it possible for anyone to live in the city who wants to, to cut commute times in half, to preserve green spaces, and to prioritize affordability. Thus, I feel compelled to urge my legislators to update the GMA in accordance with these priorities. We cannot wait another decade for the next opportunity to do so; we must act now. 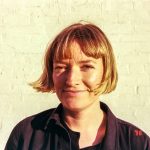 Emma Banks is a Seattle-based writer and reporter with a focus on queer culture. She is originally from Glasgow, Scotland, but now calls Texas home