Walking past Seattle’s well-adorned dumpsters, it’s easy to spot a sticker or two with artfully-lettered phrases such as “F*ck Tech Bros!” and “Seattle Sucks,” small acts of design rebellion fighting against waves of privatization and displacement. However, it’s hard to see the same visual representation acknowledging the public institutions that characterize the city at large and its history—that’s where Seattle Department of Designs (SDoD) comes in.

SDoD is the creation of Ryan Hunt and Nate Hoe, two friends working in Seattle’s fashion industry. Existing as a fantasy department of the city, the brand “aims to provide Seattle with aesthetically-pleasing signifiers of civic identity.”

Using research from various public archives and obscure blogs, the duo design and produce clothing and other items adorned with historic logos, design standards, and campaign images to explore the iconography of select local institutions.

SDoD also maintains an instagram page and email list that inform followers about their “deliveries” of new items that often include informational narratives about their latest subject. As they say, “it’s equal parts research project and apparel.”

Their first “delivery”, released in the spring of 2020, focused on the logo of Seattle Parks and Recreation.

“That logo was designed by Tim Girvin who did a recent Nordstrom rebrand,” Hoe said. “It was a really interesting case of a city hiring a professional designer to do branding.” They sold long-sleeved tees adorned with the signature logo, a subtle yellow tie-dye, and a list of all Seattle’s parks printed along the sleeve.

“This is the shirt you always want to find at Goodwill but never have,” Hoe laughs.

Their next two releases highlighted the Seattle Art Museum and Washington Apple Commission. On the first weekend of February, they opened a pop-up in the newly-minted espresso bar, Gift Shop, within Chinatown-International District. They presented their fourth and largest delivery yet, this time focusing on King County Metro.

Half of the collection highlights the evolution of the Metro logo over its fifty-plus-year history as a department. The other half is dedicated to the whimsical public-relations campaigns led by the department. One pin states “Take me, I’m yours” while a sweatshirt reads “I’m no dummy, I take the bus”, both catchphrases that once adorned the sides of the city buses during the late 1970s.

Probably the strangest item from the collection is a T-shirt referencing Metro’s short-lived mascot “Mighty Mole” which was created during the period of intense public blowback against the disruptive downtown transit tunnel construction in the late 80s.

It’s hard to imagine that any of these logos or campaigns would ever be considered “cool” back when these campaigns were hitting the ground. Yet in today’s age, there’s something refreshing about these lighthearted attempts to build up ridership.

“Civic things are some of the best brands out there,” Hoe said. “These designs are meant to be instantly recognizable, communicate valuable info to a really big, diverse coalition of people.”

But whether the contemporary branding doesn’t have a patina or retro appeal yet, SDoD fears civic charm is waning. It’s doubtful that Sound Transit’s often-forgotten mascot, Zap Gridlock, will get his own bootleg 20 years down the line.

“The city takes itself very seriously now, it feels like,” Hoe said. “This is an international thing with the advent of flat design and this kind of extremely standardized ‘good design practices,’ which remove a lot of aspects of the creativity and the risk associated with a lot of civic design back in the day.”

He goes on, “The larger thing we’re trying to do is show how interesting visual culture and graphic culture is in the city that isn’t really celebrated that often.”

SDoD has experienced nothing short of resounding success; each release sells out rapidly, and their online following has more than doubled over the last month. There is clearly an appetite for Hunt and Hoe’s particular brand of municipal nostalgia.

As Hunt explains, “I think people here really want to have something more to hold on to and show the pride for the city they live in—and take a little more agency.” 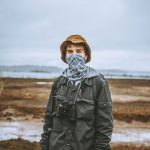 Nathan Bombardier is a lifelong Northwesterner working in affordable housing development. You can often catch him (safely) interviewing a community member for his next article, weeding his garden, or attempting to identify the species of seagull eating a french fry in front of him. (Photo by @hollandology101.)