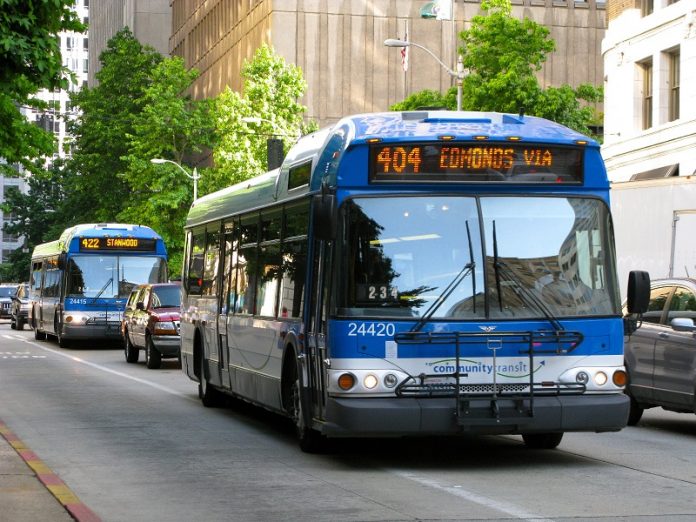 It’s official: we’re halfway through the 2021 state legislative session. Wonkabout Washington is back with a legislative low-down, highlighting the Washington Can’t Wait campaign priorities, along with a few other key land use bills to keep your eyes on. Let’s get into it!

Washington Can’t Wait: Well on Our Way to Victory!

In November 2020, Futurewise launched the Washington Can’t Wait campaign to pass major updates to the Growth Management Act that would incorporate better planning for climate change, environmental justice and housing affordability. This year, the Central Puget Sound counties–King, Pierce, Snohomish, and Kitsap–kick off their next comprehensive planning updates, which lock in plans for the next eight years. That’s why it’s critical to pass House Bill 1099 and House Bill 1220 during the 2021 legislative session.

HB 1099, sponsored by Representatives Davina Duerr and Joe Fitzgibbon, adds a climate change element to the Growth Management Act (GMA). Washington’s 10 biggest counties would be required to reduce greenhouse gas emissions from vehicles miles traveled (VMT). These counties can select from a menu of policy options to achieve these reductions, with a focus on the transportation/land use nexus. All cities and counties will be required to plan for hazards from climate change. And critically, the bill adds an environmental justice definition to the GMA, ensuring that planners are using an equity lens in planning.

HB 1220, sponsored by Representatives Strom Peterson and Nicole Macri, makes critical housing justice updates to the housing element of the GMA. Cities would be require to plan for housing affordable at every income level and to redress historical racial inequities in new housing plans. Critically, the bill would require cities to allow homeless shelters and housing for the homeless in zoning for comparable uses (for example, zoning that permits hotels would have to permit a congregate shelter; zoning that permits single family homes would have to permit small domestic violence shelters).

Both HB 1099 and HB 1220 sailed out of the House of Representatives ahead of the March 9th cutoff deadline and now head to the Senate for hearings. We’re halfway there but there’s still a long road ahead to the finish line. Futurewise is organizing a Week of Action, from March 15th to March 19th, to mobilize supporters across the state on these bills. RSVP to join us here.

Closing the Vesting Loophole: Close but Not Quite

For the last 12 years, Futurewise has worked to close a crucial loophole in the GMA known as the vesting loophole. What exactly is the vesting loophole? Under the GMA, counties can vote to expand their urban growth areas (UGAs) into farmland and natural habitat. Sometimes though, these UGA expansions are unnecessary and just contribute to excessive sprawl. In those cases, Futurewise might appeal the UGA expansion to the Growth Management Hearings Board and win a judgment that the UGA expansion was illegal under the GMA. However, under the current framework, any permits issued for new construction in the expanded UGA are still valid even if the UGA expansion is later ruled illegal.

In 2021, our bill to close the vesting loophole, Senate Bill 5042, came closer than it ever has to passage. But unfortunately, overwhelming opposition from the Building Industries Association of Washington, the Washington Realtors and the Association of Washington Business tanked the bill. Vesting is a critical, but niche, land use issue, which presents challenges in building a broad coalition that can stand up to business interests. Futurewise will be strategizing about how to get vesting over the finish line in 2022.

The Best (and Worst) of the Rest

House Bill 1117, sponsored by Representatives Debra Lekanoff and Joe Fitzgibbon, amends the GMA and Shoreline Management Act to more clearly define the requirements for mitigation for fish and wildlife habitats such as salmon habitat and to require planning for net ecological gain.

Net ecological gain would be a stronger standard for ecological health and endangered specifies recovery, including salmon recovery, than is currently used in most relevant state laws and rules. The assessment would be required to address the shoreline management act (SMA), growth management act (GMA), and state agency approvals for construction projects in state waters. The assessment would include development of a definition, goals, objectives, and measurable performance metrics for the standard of net ecological gain as well as recommendations on funding, incentives, technical assistance, legal issues, monitoring, and the use of scientific data.

House Bill 1117 passed out of the House and now heads to the Senate.

House Bill 1298 and Senate Bill 5221, sponsored by Representatives Brandon Vick and Senator Marko Liias, would have allowed additional development capacity on all rural lots by defining a second single-family home as an accessory dwelling unit within the rural area. The additional development capacity has the potential to double rural water consumption, reducing instream flows and salmon production. The impacts of this bill would not only threaten our rural environments, but it would also allow for intensified development to occur in areas that are ill-equipped to handle increased development capacity, putting a strain on our rural school systems, fire departments, and infrastructure.

Fortunately, land use advocates made their voices heard and HB 1298 is dead.

The rural element of the Growth Management Act allows for “Limited Areas of More Intense Rural Development” (LAMIRD), which basically allows for counties to plan for isolated pockets of greater development in rural areas. Unsurprisingly, Futurewise is never thrilled about expansions of LAMIRDs, as our goal is always to focus development within UGAs for the purposes of connecting housing with transit, using our water resources strategically and protecting people and property from natural hazards like wildfires or landslides.

Two major bills have been under consideration that would impact LAMIRDs, all three of which have been opposed by Futurewise. The first bill, House Bill 1233, sponsored by Representatives Strom Peterson and Tarra Simmons, would have allowed for development and redevelopment of LAMIRDs as defined by a county and would have allowed for expansion of the outer boundaries. Unfortunately, this bill means that a LAMIRD wouldn’t necessarily need to meet any definition of rural character as the county can define what is allowed. This bill would have been detrimental to our rural ecosystems and would result in sprawl. Lucky for us, HB 1233 is dead!

That leaves one other LAMIRD-related bill to contend with. Senate Bill 5275, sponsored by Senators Shelly Short and Liz Lovelett seeks to respond to the housing affordability pressures in rural communities, by permitting (re)development within limited areas of more intense rural development subject to available public facilities and public services and be consistent with local character. We continue to oppose new development in rural areas that expands sprawl into farmlands, forests and critical areas.

Gearing Up for the Final Stretch

It’s pretty incredible to see so many good GMA-related bills still alive this session. But we can expect the second half of the session to be an uphill climb, as business interests and suburban developers kick into high gear to oppose progressive land use legislation. It will be all hands on deck to ensure that we can steward HB 1099, HB 1220, and HB 1117 all the way to the finish line! Once again, we invite to join the Week of Action, March 15th through March 19th, to learn about how to get involved.