Nicole Thomas-Kennedy is running for Seattle City Attorney against long-time incumbent Pete Holmes. She was a late entrant to the race but quickly collected $100,000 in Democracy Vouchers and picked up some campaign buzz. As an abolitionist public defender, she is proposing some big changes to how the City Attorney’s office operates and brings a different set of experiences. “During the 2020 uprisings, Nicole left the public defender’s office to take pro bono activist defense work, part-time public defender contract cases, and volunteer with the National Lawyers Guild,” her website notes. “Nicole has lived in Seattle since 1997. After leaving behind a difficult home life in Iowa, she worked across Pike Place, Pioneer Square and Capitol Hill, as a bartender and a server to make ends meet. She is a graduate of Seattle Central College and Seattle University Law School. She currently lives on The Hill with her husband and daughter.” Check out Thomas-Kennedy’s campaign website for more information.

The Urbanist Election Committee has followed up on our questionnaires with Zoom interviews to fill in the gaps. We released our Primary Endorsements in late June and endorsed Thomas-Kennedy. We will release the rest of the questionnaires ahead of the primary voting period opening on July 16th. Primary ballots are due August 3rd. For voter information or to register to vote, visit the State election website.

Below are Nicole Thomas-Kennedy’s questionnaire responses.

What role do you see for the city attorney’s office in addressing the effects of income and wealth inequality in Seattle?

I think the role is enormous and critically underused. The City Attorney does not make laws, but it does have the largely unfettered discretion about who to prosecute criminally and whether to go after people and companies that harm that residents of this City. The ethical duty of a prosecutor is to “seek justice” but there is no justice in letting large corporations get away with wage theft or slumlords to collect rent for unlivable conditions, while simultaneously punishing people who are trying to survive. Punishing the poor, BIPOC, and the disabled for the systemic problem problems of racism, ableism, and income equality (as the City Attorney’s office currently does) makes desperate people even less stable. It is a driver of economic inequality. There should be analysis of power when deciding which litigation to take on in order to facilitate justice for all of Seattle’s residents.

What role should the City Attorney’s office play in our regional efforts to end homelessness for good?

The City Attorney should acknowledge that the criminalizing and punishment causes and exacerbates homelessness. The City Attorney only has jurisdiction to prosecute misdemeanors aka petty crime punishable a maximum of 364 days in jail.  The office should immediately stop prosecuting nearly all misdemeanors – especially “civility” crimes like trespass and petty theft. As a public defender it was common to see a client lose everything and become homeless because they lost their job while they were in jail for a misdemeanor. If they were already homeless clients lost everything they needed to survive. Immediately ending this harm is one role. Reallocating the budget away from lawyers and back into the community where it is needed for things like low barrier housing and harm reduction is a second step. In reality, abundant affordable housing is the only way out of this crisis, so going after developers that skirt the (already inadequate) rules and advocating for and defending any legislation (ending single family zoning, allowing ADUs, encouraging density) that encourages affordable housing would be a priority.

What do you believe causes crime?

Human beings, even on their best days, are bound to make mistakes. A mistake/behavior is a “”crime”” because legislation or code says so. For almost every behavior criminalized there are exceptions for some actors. “”Crime”” as it is currently defined is caused by individual desperation, by a lack of the ability to meet basic physical and emotional needs.

The cause is not the individual or their desperation, but the systemic factors that lead to the lack of agency in the first place. Social policies that underscore and reinforce the narrative and practice of severe income inequality and that devalue large sections of the community resulting in both emotional and material harm drive crime. Isolation and individualization drives crime. A system of trauma caused by both personal and state violence drives up crime. A system that keeps perpetuating harm instead of providing for basic human needs (healthcare, housing, childcare, education etc) drives crimes. A system that was designed and still functions to control, through force, certain populations contributes greatly to crime.

The first thing I will do is stop prosecuting almost all misdemeanors. Laws have always been used disproportionately against BIPOC. The system was designed to do so and despite decades of “”reform”” it still does. The current City Attorney’s office is no exception. “”Civility”” crimes  (prostitution, trespass, petty theft, etc) are, both by design, and in current practice, often proxies for race.  The remedy is to stop charging people for civility crimes altogether.

For some misdemeanors (namely DUI) the City does not currently have the programs or infrastructure in place to abandon prosecution altogether, but some key factors need to be addressed in both in the types of crimes DUI’s charged, and in each and every charging decision. For example, I have never seen a prosecution for a low level marijuana or THC DUI except against BIPOC. It’s clearly a proxy for race. I would simply not prosecute this.

How should the City Attorney’s office determine how and whether to charge individuals for actions taken at protests?

I don’t think criminally prosecuting protesters for things that amount to misdemeanors (blocking the roadway, writing on a wall in chalk, failure to disperse) is rarely if ever appropriate. I have seen environmental activists prosecuted for laying down in front of a bank or anti-ICE protesters charged with blocking the roadway. Criminalizing those actions has a chilling effect on free speech, and furthers displays the inadequacy and untrustworthiness of the criminal legal system.

What is your vision for the role of alternative courts and diversion programs? What strategies are appropriate to ensure access to these opportunities are equitable?

First, I would make them much less coercive. I don’t think that every offer of services has to be backed up with the threat of criminalization or state violence. I don’t think fear should be used as a motivator because it’s cruel, and because it doesn’t work. The statistics on who successfully completes drug and mental health court are abysmal. Providing for needs and stability is a better bet. Every single client I had that entered drug court in drug court did so because drug court was often a fast track to housing.

Second, I think we need to recognize that addiction and disability/mental health problems are a public health issue and that a bunch of lawyers are not educated or equipped to oversee these problems. We need to stop wasting money pretending the courts are addiction or behavioral health experts. They are not.

Finally, diversion should be the default. The City Attorney’s office only handles misdemeanors. This is a no brainer.

Seattle City Council has taken a small step towards decriminalizing sex work by striking prostitution and drug traffic loitering laws in June 2020. What are other ways you see working with the legislative branch to decriminalize sex work, both in code and practice?

In practice I would not prosecute sex work, at all. I don’t see the justice in prosecuting sex work. Misdemeanors do not cover sex or human trafficking, so any misdemeanor sex work prosecutions will only result in further isolation and marginalization of sex workers, which results in decreased safety. It’s a harmful and unjust waste of money to prosecute sex work.

In terms of legislation – the City Attorney does not make laws, but it does have some influence over those that due. I would use the privilege of the office to advocate for the full decriminalization of sex work/provide for the safety of all sex workers.

Attempts at police reform under the consent decree showed how the mayor’s office, city council, and city departments can have different interests and policy goals in court. How would/do you navigate representing different interests?

The biggest impediments to change that have emerged are SPD/SPOG and the monitor/federal judge. I think the consent decree is a failure, and we should disengage from this ineffective and expensive experiment.

I do not expect SPD/SPOG to be on board with the types of change (aka reduced policing) this City needs. I don’t expect them to like me in the role of City Attorney, but they don’t have to like me in order to negotiate with me. They don’t like Pete Holmes either.

I would focus my work on collaborating with the City Council and Mayor toward reaching common ground that results in the safety of all of Seattle’s residents. The arguments for less policing make sense logically, and the current behavior of SPD and their inability to be reigned in by anyone (including Judge Robart) demonstrates the urgency of that thinking.

YES. The repeal of I-200 is something that must be attacked on several fronts, and that absolutely includes litigation. The City Attorney represents not just the City Council and the Mayor, but all the of residents of the City including every person that would benefit from its repeal. If residents of this City are being harmed by inequity it is the job of the City Attorney to take up the fight for justice, whether given direction from the Mayor to do so or not. That is the difference between being elected and appointed.

The City Attorney should also be litigating zoning laws that keep housing in the City scarce, as well as going after predatory lending, slumlords, and corporations that exploit workers. The office also needs to find creative litigation strategies that defend and support any proposed legislation regarding taxing the wealthy and corporations that (currently) don’t pay their fair share.

to be fun; upzoning is one my priorities. 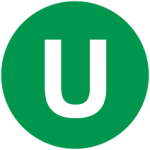