As U.S. cities grow in population, increasing their density provides opportunities for more housing, jobs, recreation, and infrastructural efficiency. When developed thoughtfully, urban density can also decrease carbon dioxide (CO2) emissions through such reductions in car use and an increase in smaller, less energy-intensive homes. For example, Seattle’s 2016 and 2018 Community Greenhouse Gas Inventories demonstrated slight reductions in per-capita greenhouse gas emissions as the city increased in population and density. However, some worry that green space and its amenities will not keep up as cities like Seattle become more densely built and populated.

Evidence shows that concern over tree loss associated with recent development in Seattle has been overblown, but in researching urban greenery, I have become convinced that the city should still institute policies and design recommendations to ensure the amount of trees and other vegetation in Seattle is maintained and even increased as the city develops. One major solution for increasing vegetation while simultaneously increasing density is wider implementation of green roofs.

What exactly are green roofs?

There are also portions of buildings that contain trees and other vegetation which are not on or near the rooftop, but are often multiple stories up and inaccessible from the ground. I call these ‘elevated green courtyards.’

With so much potential rooftop space, what are the benefits of more green roofs and elevated green courtyards? Compared to more traditional roofs, there are many possible benefits in addition to carbon sequestration:

These benefits are far more likely to be significant if green roofs are commonplace and widespread across a city rather than a small patch of greenery here and there. If 45% of Seattle’s 2015 roof space were covered with vegetation, that would provide more greenspace than all of Seattle’s 489 city parks, which comprise just over 10 square miles. This vegetation would also sequester approximately 224,062.5 metric tons of CO2 per year or more.

Before Seattle was a city, much of the rain was absorbed into the soil and used to nourish the abundant forest and vegetation that existed, while some flowed unpolluted into larger water bodies. Now, with so much land replaced by impermeable hardscapes like roads, sidewalks, and buildings, the rain either stays on those surfaces or flows downstream as stormwater runoff, often into storm drains or drains connected to sewer pipes. During heavy or prolonged rain events, the drains connected to sewer pipes can fill up with stormwater runoff and lead to combined-sewer overflows where a stormwater runoff-sewage mixture pours into surrounding water bodies.

Seattle’s relatively mild climate and long growing season make it a popular location for growing ornamental plants as well as a wide variety of fruits and vegetables. The city’s growth has likely expanded this interest. Indeed, close to half of Seattle’s 86 P-Patch Community Gardens have a waitlist of at least one to two years. This indicates a strong demand for more community-building as well as a sense of ownership with regard to garden plots. Rooftop community gardens can provide these benefits in private, non-profit, and public contexts. These can also help reduce and/or prevent food insecurity and food deserts. Additionally, where produce is abundant, emissions related to transporting produce to stores can be reduced.

Along with increasing biodiversity through various plants, green roofs also provide habitats for wildlife such as bees and birds, both of which I have personally seen fairly often.

The various benefits of green roofs must be considered with the future in mind, as climate change will affect the Puget Sound and Washington State more generally. Summers in Seattle are predicted to become longer, drier, and warmer. Wildfires are expected to increase in frequency and severity. Winters are predicted to become wetter and warmer, with heavier rainfall. As we are already seeing, unpredictable weather patterns will become more common. Green roofs can moderate temperatures and slightly increase local humidity, are relatively safe from fires, and can absorb significant amounts of rainfall.

Important to note is that urban environmental issues and climate change have inequitable health impacts on lower-income and marginalized populations. Equitable green roof policy considerations will be discussed further, but it is noteworthy that, if implemented thoughtfully, green roofs can help reverse these inequities and provide the aforementioned benefits to affected communities.

What about potential concerns?

There are costs associated with green roofs. Firstly, there is the initial cost of construction, which varies from $10 per square foot to $40 or more per square foot. Over the years, though, the financial benefits (lower energy bills, less roof replacements, etc.) outweigh the initial cost. Long-term financial benefits should be considered when rental unit prices are being determined. Secondly, there is the increased property value that typically accompanies green roofs, which could mean higher rents. Costs and property value are likely impacted more by intensive green roofs, though intensive green roofs generally have more significant benefits than extensive roofs. As will be discussed in my upcoming article on policy changes to significantly expand green roof development, building incentives for more intensive green roofs, direct equitable financial assistance, affordable/subsidized housing initiatives (such as Seattle’s Multi-Family Tax Incentive, Mandatory Housing Affordability, and Incentive Zoning), and widespread up-zoning should all be implemented so that affordability ideally outweighs any costs or property value increases. Further, increased prevalence, standardization, and economies of scale can reduce costs. The benefits of green roofs are many, and I believe it is possible to ensure that they have equitable rather than inequitable consequences for housing affordability.

Structural integrity is another consideration. When fully saturated with water, extensive roofs can weigh approximately 13 to 18 pounds per square foot or more, and intensive roofs can weigh 35 pounds per square foot or more. This has implications for both new construction and remodeling existing buildings, although extensive roofs do not always need more structural support than ordinary roofs. So long as engineers analyze each roof’s circumstances and total potential weight capacity (with consideration of predicted weather changes with climate change), roof weight can be safely managed. Also noteworthy is the fact that many green roofs do not have access except for maintenance workers, which means more vegetative capacity and little weight from people and recreational uses.

Maintenance is important for green roofs, particularly in their first few years getting settled. Watering is very beneficial during prolonged dry spells. On one hand, maintenance can add cost and work. On the other hand, maintenance may only be infrequently needed on a given roof, and infrequent maintenance (e.g., minimal trimming while minimizing gas-powered equipment) can augment CO2 and other benefits. On a large scale, maintenance provides opportunities for job creation.

How common are green roofs in Seattle right now?

According to the most recently available City geospatial data from 2015, approximately 26.7% of Seattle’s land area is composed of building outlines, which essentially equates to rooftop space and elevated courtyard space (green or not). This is more than 22.4 square miles of space on top of buildings, and it has increased since 2015 due to new construction. In my graduate thesis, using aerial photography and satellite imagery from primarily 2019 and 2020, I found there to be an estimated 2,669,267 square feet, or 0.096 square miles, of green roofs and elevated green courtyards in Seattle. That estimated amount of building-top vegetation is less than half a percent (about 0.43%) of the total roof/elevated courtyard space in 2015. Since I focused specifically on carbon sequestration implications of green roofs, I found that this meant an estimated 2,151,079 kilograms, or 2,151 metric tons, of CO2 sequestered per year.

Aside from Seattle, there are a very limited number of green roofs in Washington State in cities such as Bellevue, Tacoma, Kirkland, Bellingham, and Spokane.

Green roofs can transform our cities

Green roofs can provide a multiplicity of environmental, energy, financial, economic, agricultural, social, psychological, and physiological benefits. Evidence suggests that their benefits, especially over the long-term, outweigh costs and challenges so long as they are designed and installed properly. Though they have become increasingly popular, they still take up only a minuscule fraction of mostly-unused and valuable roof space in our cities. We should build more green roofs so our cities can reap more of their benefits.

In my next article on this topic, I will discuss urban heat island effects, energy savings, solar panels, and roof lifespans for green roofs compared to other roof types such as conventional roofs and white/cool roofs. Finally, I will present an article detailing the policy landscape of green roofs along with my layered set of policy recommendations. 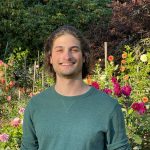 Jason Steinberg has a background in biological, cognitive, and environmental psychology research, including at the University of Chicago’s Environmental Neuroscience Lab. Jason received a Master of Urban Planning degree from the University of Washington, focusing primarily on environmental planning and urban design. He has city government experience in Seattle’s Department of Transportation and Chicago’s Bureau of Economic Development, and is currently a Legislative Committee member in the American Planning Association’s Washington Chapter.