On a day-to-day basis, we are confronted with a million different challenges: maybe you dropped your coffee on the carpet, maybe you just cannot find that missing sock, or maybe a new light rail station was announced in your neighborhood. “Wait a second!” I hear you saying. “Light rail stations are good!” Well, it’s complicated — while a light rail stop is good for quality of life, climate, and accessibility, it can have unintended negative consequences such as rent increases in the surrounding area. While the legislature can’t do much about cleaning the coffee stain on your carpet or finding your missing sock, they can pass laws to help ensure you have access to affordable housing.

That’s exactly what the people over at Sound Communities thought when they decided to advocate for House Bill 1880 and Senate Bill 5861 during this year’s legislative session. These companion bills would establish a Housing Benefit District pilot program. Four cities (Everett, Renton, Shoreline, and Tacoma) will have the opportunity to use state sales tax credits to fund the programs. So how would a Housing Benefit District work?

Imagine a circle drawn around a transit hub — let’s say a light rail station or bus rapid transit center — which extends half-a-mile out from the station in each direction. Inside this circle is where Housing Benefit District funds would be applied. First, the city would adopt a station area plan that would include:

The city would then use the tax revenue generated from the Housing Benefit District funds to buy parcels of land that have the potential to catalyze the most growth while advancing the community’s vision for that area. The city would hold the land before selling it to developers, which would include housing authorities, nonprofit and for-profit developers, to build housing, with a requirement that land sold for the creation of affordable housing be sold at a discounted rate. Land would not be leased or sold at a discounted rate unless affordable housing comprises 100 percent of the units. With some land sold at market rate, proceeds from those sales are used to buy a second round of land. The city continues this cycle of buying, holding, selling, buying, holding, selling, until the station area is a walkable, diverse, and inclusive neighborhood.

But why does this program even matter? Housing Benefit Districts would:

Housing Benefit Districts would increase mixed-income and mixed-use development around transit hubs–with the new residents of newly-built affordable housing will come a myriad of shops and services. This makes our cities more walkable, dense, climate-friendly, and transit-friendly!

On Friday, January 21st, at 10am, the state legislature will be holding the first hearing on Housing Benefit Districts. If you want to help pass this fantastic piece of legislation, there are few ways you can get involved: You can indicate your position on HB 1880 (no testimony required, it also takes less than 20 seconds) by clicking here. You can also submit written testimony (a great option if you can’t make it to the meeting) by clicking here. Or, you can sign up to testify virtually on Friday, January 21st at 10:00am by clicking here.

Don’t delay signing up since the forms close at 9:00am on Friday. The hearing on Housing Benefit Districts in the Senate for SB 5861 will be on Tuesday, January 25th at 8:00am. Indicate your position on the bill here or submit written testimony here. 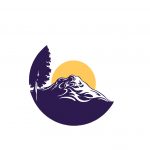 Originally from Kansas, Forrest Brungardt is a freshman studying Environmental Science at the University of Washington. He is a member of the Sierra Club Seattle Executive Committee and the founder and Chair of Sierra Club at UW. Sierra Club UW is the newest climate advocacy organization at UW. It focuses on engaging lawmakers on environmental policy while exploring the natural environment in and around Seattle. You can reach out to Sierra Club UW on Twitter (@SierraClubUW) or by email at SierraClubUW@uw.edu.