First things first — you might be having a lot of feelings about the idea of peeing your pants. I certainly did. But having an accident isn’t something to be ashamed of. As the mom of a toddler, I will do my best to make sure that my kid doesn’t feel ashamed of the natural consequences of being human. But for me to have an accident in public? Should I be ashamed?

I don’t think so. It’s our beautiful city, Seattle, that doesn’t meet our basic needs. This lack of sanitation is an infrastructure problem. The land is there, the facilities are (sometimes) there, yet our public lands fail to provide us with accessible, clean, year-round, sanitation facilities. This is not a new problem; every major news outlet seems to have covered it in the past few years. What I want to share are some details about how this problem impacts my life.

Even before I became a mom, the lack of public bathrooms in Seattle parks created difficult situations for me. Twelve years ago, my husband and I regularly met up at Bhy Kracke Park in Queen Anne. There are no bathrooms there at all, so I learned to find the nearest Starbucks. When I was marathon training and logging miles at Discovery Park, I also learned the sad fact that most our bathrooms close for winter. Fortunately, I was strong enough to squat in the bushes.

When I was pregnant in 2020, I was still running at Lincoln Park. But all park bathrooms were closed in the early pandemic months, so I kept runs short because my unbalanced body was also unpredictable. Later when I was postpartum, I entered the secret club nobody wants to join where everyone who has given birth wants to talk about their incontinence. Some were still experiencing the problem many years after giving birth.

This is just my story. The need for ready access to bathrooms is shared by many different people in different phases of life, and it’s undeniable that the bathroom predicament becomes even more difficult when children are brought into the mix. While nannying in Ballard I spent a lot of time at the popular playground at Salmon Bay Park, I noticed the bushes next to the bathroom smelled like urine. The bathrooms were closed for winter so there were often toddlers using that space.

Hang out at any park long enough, and you will see how parents manage the problem. The entire family will disappear behind That Smelly Tree nearby. The play date will get cut short because someone really has to go now. Just the other day, right next to me, a kid hopped off his scooter, stepped onto the sidewalk strip, and pulled his pants down. Sometimes, the toddler potties will come out of the car’s trunk. The other day I counted — one, two, three little toddler potties at Ercolini Park in West Seattle. Potties that got dumped straight on to the bushes.

Even as an able bodied person, I have to quite seriously plan my recreation around the need for sanitation. I would not claim to represent the views of people experiencing homelessness with regards to this problem, but I will without doubt say that all my Seattle neighbors deserve sanitation. Every single one of them deserves a bathroom every day of the year.

I’m going to go out on a limb here and guess that every Seattleite reading this has nearly peed their pants, particularly when coming to a park and realizing there is either no bathroom or it is closed for months at a time. I have a long list of mental notes on which parks have bathrooms, which don’t have any at all, and which close for the winter. I also have a growing list of bathrooms not to use at all because they are chronically filthy. For example, my neighbor won’t let her nine year old use the men’s toilet at Roxhill Park after regularly finding needles there.

After twelve years of accumulating intel on the bathroom situation, I am generally prepared for anything. Just the other day, I was ready for a long visit to Ercolini Park. I had packed extra diapers because my newest tactic is to hide behind my car door and shove a diaper down my pants. This time there was a mishap, and suddenly my pants, my ankles, and my shoes were wet. I panicked. I cursed. As I looked around, I saw my kid watching me. I paused and took a deep breath. Then I said, “Accidents happen. It’s nothing to be ashamed of.” And I would tell you the same thing. This is not a personal failure. It is an institutional failure to not provide sanitation to a city’s residents. Seattle, you are failing us. The question is, my beloved city, what are you going to do about it?

What I can also say is that sanitation is a human right, and we are all being denied that right because our city does not provide this basic amenity to us on existing public lands. I want to call in the environmental groups: do any of you care about the pathogens and pharmaceuticals being excreted all over the parks? Please, step up. And be a true ally by partnering with those most impacted by the problem. Clean water is sanitation is human rights is environmental justice. Can we move towards an abundance mindset for public bathrooms?

This year, the Seattle Park District is undergoing a budget planning process that may help with this problem. How this may increase property taxes is all laid out in a recent piece by the Seattle Times editorial board. The planning documents I reviewed mention the plan’s responsiveness to requests for pickleball courts and dog parks. I do want to applaud the Park District Board for recommending a $2,200,800 budget towards the goal of increased access to restrooms, but I have to clarify: Bathrooms should be funded first and funded fully. The timeline for weatherizing bathrooms at the rate of two per year doesn’t seem sufficient. Please don’t make me and other Seattle residents have to deal with this problem for another twelve years. I encourage readers to send their own thoughts to the Seattle Park District Board at Council@seattle.gov.

To the Park District Board, I have to ask: in the meantime, where are we supposed to go? I only know one thing for sure. As fall arrives, I’ll be lugging a tiny potty around and teaching my kid how to pee in the park. And certainly, neither of us will be ashamed about that. 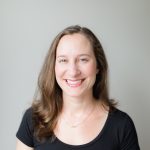 Barbara Clabots completed her Masters of Marine Affairs at the University of Washington. As a researcher, writer, and outdoor recreator, she has published on the intersections of gender and the environment since 2013. Her first documentary is available at Women Talk Climate. She currently serves the community as a board member for Reclaiming STEM Institute and as a member of the Habitat Strategic Initiative Advisory Team for WA Department of Natural Resources.