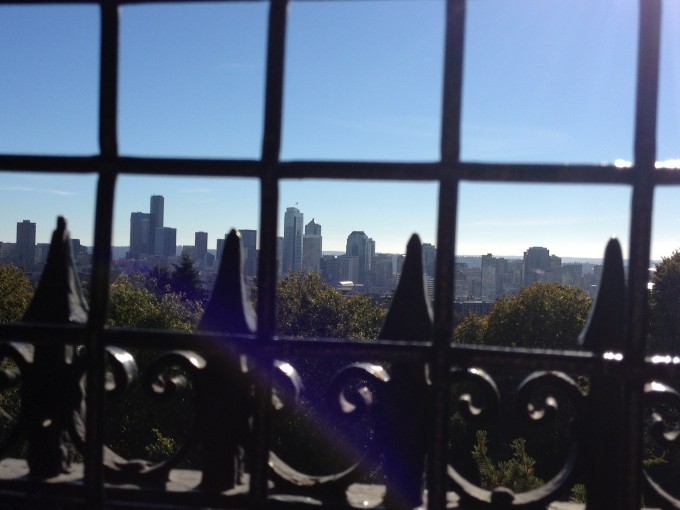 Over the next few months, we will be exploring the future of King County in a series called “King County 2030.” The series will analyze housing and employment targets for the Core Cities of King County, a top tier of cities that are dense and/or highly productive. Themes we will touch on include the effectiveness of the targets at managing growth, trip generation, commute times, and environmental impacts through greenhouse gas emissions.

Growth in King County is managed through the King County Comprehensive Plan (KCCP), a guiding policy document for the County’s future. The KCCP contains plan elements on land use, transportation, the natural environment, parks and recreation, and other planning and policy areas. While the KCCP largely focuses on the County’s policies for unincorporated areas, it also has strong control over countywide policies that affect cities in King County. Perhaps the most important of these are housing and employment targets. The current planning horizon for the KCCP is to the year 2030.

Every year the Comprehensive Plan can be amended to address technical updates and make revisions that do not require substantive policy changes. Every fourth year, the “Four-Year Cycle” process occurs to conduct a complete review of the Plan. In this review, broader policy issues are addressed and the Plan amended accordingly. The 2012 four-year cycle has been completed, so the next four-year cycle will be in 2016.

The KCCP illuminates different municipalities’ declared growth targets, and a brief analysis shows some very interesting trends. The document is rich with values and further exploration and analysis of the forecasts for this region. For the purposes of this series, we will focus primarily on data from the Metro and Core cities, a subset of King County cities. Now to look at and evaluate some numbers!

In total, the KCCP has targets of 428,068 more jobs and 233,077 more households created by 2030. Countywide, that’s approximately 1.84 persons per household working a job. It’s a reasonable ratio because it assumes roughly 90% of new households will have two members (heads of households) working in a career.

If we look at the targets for just the Metro and Core cities of the 2030 KCCP, the ratio increases to 2.03 persons per household working in a job. This ratio is also reasonable because it assumes that roughly all new households will have two members (heads of households) working in a career. (In future articles that exclusively analyze the Metro and Core populations, this 2.03 working persons per household will be a key multiplier.)

For the purpose of this article, 1.84 persons is used as a multiplier to find the approximate working population that will be added to each municipality by 2030. An example of the math is as follows: Seattle’s housing target is 86,0001 households; 86,000 x 1.84 = ~157,947 working persons for an employment target of 147,700 added jobs. Below are two graphs. The first shows the raw values between housing (blue) and employment (red) targets. The second shows the values between adjusted/generated population (blue) and employment (red) targets. The ratio between the projected population and employment targets is perhaps the most interesting value in the KCCP 2030 Technical Appendix D targets. It is arguable that a 1.0 ratio between working household population and employment targets is the most efficient number for each municipality’s growth. Theoretically, in terms of traveling to and from work, a new person living in the city would/could also work in that city, thereby reducing the distance and time traveled to and from work. (Commuting will be addressed in a future article.) In reality, due to unemployment, it is probably best to plan for slightly more new residents than targeted employment opportunities to account for this.

Let’s look at that in the graph below2: Note: “Unclaimed Urban Unincorporated” was not included in this graph because the adjusted population to employment ratio was a massive 13.26 to 1. As an outlier, it dominated the graph and significantly detracted from the point of visualizing the 1.00 ratio line.

Now that we’ve seen the data (be sure to look closely at the 1.0 line), let’s discuss three different municipalities’ ratios that are large “players” in the growth of King County:

You be the judge.

As noted earlier, we believe a figure slightly above 1.0 to be the realistic ideal. That said, these ratios come from projected targets adopted by planning departments from the various municipalities and from household populations generated for the purposes of analysis. Keep in mind that 2030 is more than15  years away. Only then will we have the luxury of looking back on how well (or poorly) each municipality did in estimatingits growth and the impact that growth had on King County.

Article Notes
1The Seattle 2035 plan alternatives are advertising 70,000 new households and 115,000 new jobs—16,000 households and 32,700 jobs fewer than the 2030 targets. While the planning periods between Seattle 2035 and KCCP 2030 overlap for only a 15-year planning horizon, the targets do not seem to reasonably align. Speculating, we think that this could mean a number of things: 1) the KCCP growth targets are wildly optimistic, 2) the City of Seattle has revised its plans to reflect its buildable lands reporting data and trends, or 3) the City of Seattle does not believe it can reasonably commit to the growth targets in the KCCP.
2Shoreline isn’t considered a Core City, which seems inappropriate. In 2012, Shoreline had an estimated population larger than Burien, Bothell, and Kirkland and directly borders Seattle.