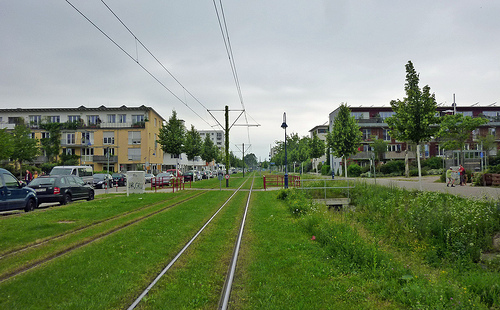 Editor’s Note: This is part 1 of a series on Baugruppen, private owners collaboratively building affordable multifamily projects. You can see part 2 here. 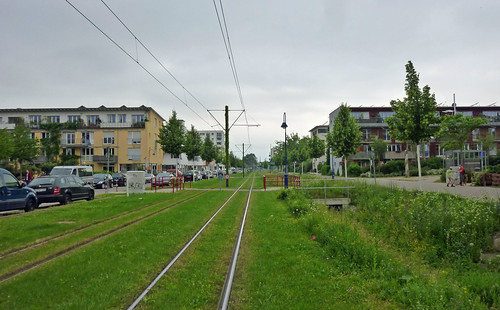 Pictured about is Vauban, Freiburg, a district of baugruppen; photo courtesy of Payton Chung.

‘Where no satisfactory, affordable property is available, independent citizens are taking matters into their own hands and founding building cooperatives, which now play a forward-looking role in modern housing’ – detail [konzept: gemeinsam wohnen]

I’ve done a lot of sleuthing/stalking/translating of baugruppen (lit: building groups) since I blogged about them over 2 years ago. My interest/obsession/adoration for this type of urban innovation has only grown (and exponentially, at that). Some of those tasty morsels are occasionally posted on my twitter feed (@bruteforceblog). After a lengthy series of tweets on the merits of baugruppen, Alex Steffen thought it would be worthwhile to present 10 of the best baugruppen/baugemeinschaften I’d come across to date. I’ve instead collated a number of strong concepts I like about baugruppen/baugemeinschaften (many previously discussed, and not exclusive to BGs), which will be interlaced with demonstrative examples and links galore.

Now a number of folks have asked if baugruppen are co-housing, which gets a ‘yes, no, sort-of’ response from me. My knowledge of co-housing stems from the Danish model–low-rise housing (e.g. rowhouses) densely organized around common areas and/or a Common House, where group dinners and events occur. For the most part, baugruppen are multi-story, multi-family buildings (think condos) rather than detached or semi-detached housing. There is no requirement for community space or common facilities in baugruppen, though many incorporate them (commonly: gardens, community rooms, roof terraces). However, like co-housing, baugruppen incorporate a participatory planning process. The largest difference is probably that baugruppen are generally funded without developers (self-financed), whereas co-housing communities can be self-financed or developer-financed projects. In the end, mostly semantics, though I tend to think of baugruppen as urban constructs and co-housing as suburban/rural constructs. I’m aware that’s not entirely accurate, but this ain’t your post and my mind’s made up. For more on Danish co-housing history, check out this presentation by Grace Kim (pdf) or cohousing.org.

Baugemeinschaften are for the most part baugruppen–German can be fairly technical, but the terms are roughly equivalent. Utilizing both terms online results in more projects worth researching. For ease of reading, I’ll be using the abbreviation ‘BG‘ for both. In various offline discussions I’ve had over the last few years, I’m more and more convinced that forming a baugruppe would be an excellent way to get affordable, green digs tailored to your lifestyle, especially in cities with high land prices, without massive gentrification. In fact, short of city/state-owned development groups similar to Neue Heimat Tirol, I would venture it’s really the only way. Seattle could certainly benefit from their inclusion (hint, hint: local banks, DPD & City Council!).

Mike Eliason is a certified passivhaus designer, energy geek, and design nerd with an almost fetishistic interest in prefab wood buildings, low-energy architecture, social housing, and all things German. He has lived in Fremont for nearly a decade, and wants Seattle to become a greater version of Freiburg so his wife doesn’t force him to return to live in Vauban. He’s also begun the process of forming a baugruppe.