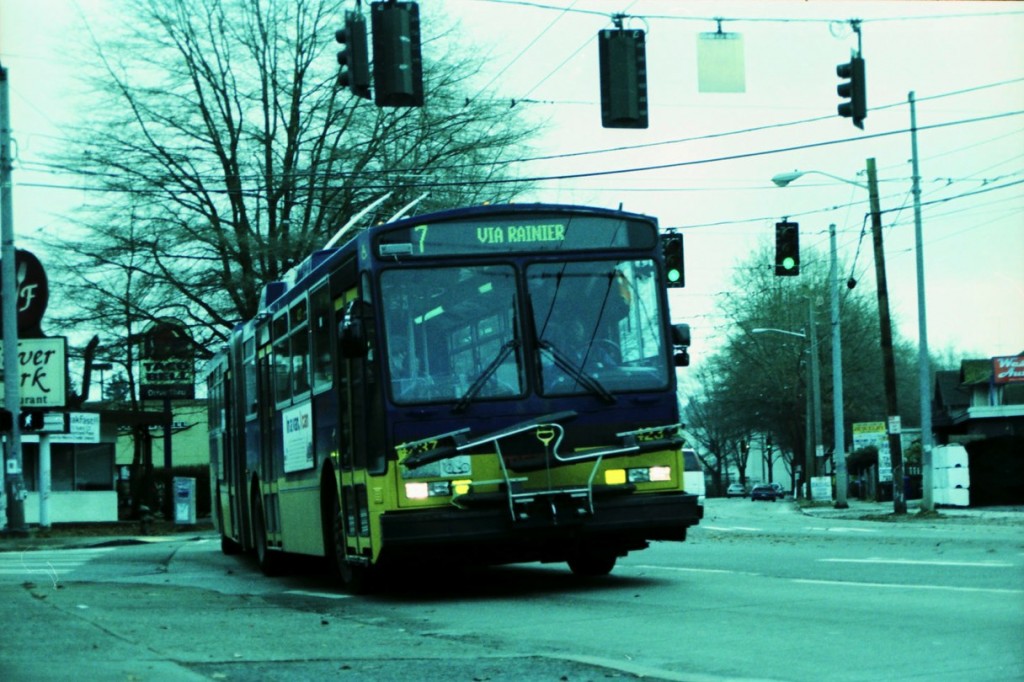 “The man of the hour! Good to see you, my friend. How’s it been today?”

Tony is the vet mentioned here, where I designate him as “Grizzly Tony, beer-guzzling panhandler extraordinaire.” That was two years ago. Today he and I are still doing our thing. I still spend large quantities of time smiling up and down the length of Rainier Avenue, and he still pulls down long hours working along Rainier with his cardboard sign.

I know it might sound incongruous to describe panhandling as work, but it’s tougher than one might think. Certainly it’s not hard to picture the difficulties of being outside for long hours for minimal return; what’s more difficult to imagine is the psychology necessary. You have to diminish your sense of identity until you hit a place where you can present yourself publicly in a state of abject failure. You know you have dignity, but to choose to show yourself to the world in a way such that they’ll see you as having none… a number of homeless friends I know don’t panhandle for this reason. They don’t want to wrap their heads around that frame of mind if they can help it.

As for Tony, I don’t think he cares that much. He’s an educated man, a vet, and he likes to booze it up. Caucasian is a misnomer; his skin is red now, tanned from daylight exposure and bleached a rosy hue, that swarthy quality that comes with too much alcohol. He has a knack for being able to talk to anyone, and his past, involving work in all sorts of disciplines, gives him a starting point for conversation with most people. I first met him on the 4, when I heard a voice augmenting my announcements.

“Now we’re closin’ the front door, we’re about to close the front door,” he’d say in his gravelly voice. I see my announcements as pertaining to matters of importance along the route- the stops, asking them to hang on, et cetera. He saw them as me simply verbalizing everything that the bus was doing. He found the idea hilarious (which it is!), and added to it in the spirit of comic exaggeration.

Him: “bus is moving forward, everybody!”

This was in 2009, when I was still somewhat new to driving downtown routes and the folks who use them. I knew getting all uptight would be a mistake, though. The trick here is to flow with, rather than against. “You should be doin’ my job!” I holler out. “Sound like a pro!”

“Makin that left turn on James, stoppin’ by the courthouse.”

“Bus is about to open the doors, watch out,”

We’ve been on good terms ever since. What I find most amusing about him is how serious he can keep his face when saying silly things. He has a comedian’s ability to keep a straight face. Throughout the above he generally wore his poker face like a champ; but he’ll always break down at the end and respond in kind to my “good to see ya.”

“Where you goin’ now, you goin’ home?” I think he likes me because I treat him without pity, as just another guy, with only a few small differences in life choice and circumstance separating us. An equal, in other words.

“What? Congratulations!” I say, turning around. “That’s fantastic!” I think I’m more excited than he is. Friends know I’m easily thrilled. “You got one up on me, man. I hope one day I can tell you I’m goin’ a go see my fiance!”

I can’t help but laugh. He continues with, “I gotta go get her some beers.”

“Yeah, she drink different type a alcohol than me.”

“Yeah, I drink PBR, she drinks buttercups.” In that serious tone, as if this is a particularly dour issue.

“Gotta keep the lady happy, that’s what they say,”

“Don’t want a woman trippin’ on ya,” he says, in a tone so humorless I find it comical.

“Gotta get those buttercups.”

As he settles in behind me, I hear the chatter continue. He’s telling a story, and I hear intermittent smatterings amongst the wet pavement and rolling wiper blades–“ATF,” “had my clothes on,” “fiance,” “shooting down here,” “mulberries.” Then I hear the echo of unconcealed truth in his tone as he tells someone, “oh, no no. I could never afford a real ring. I c’afford a Cracker Jack ring, that’s about it.”