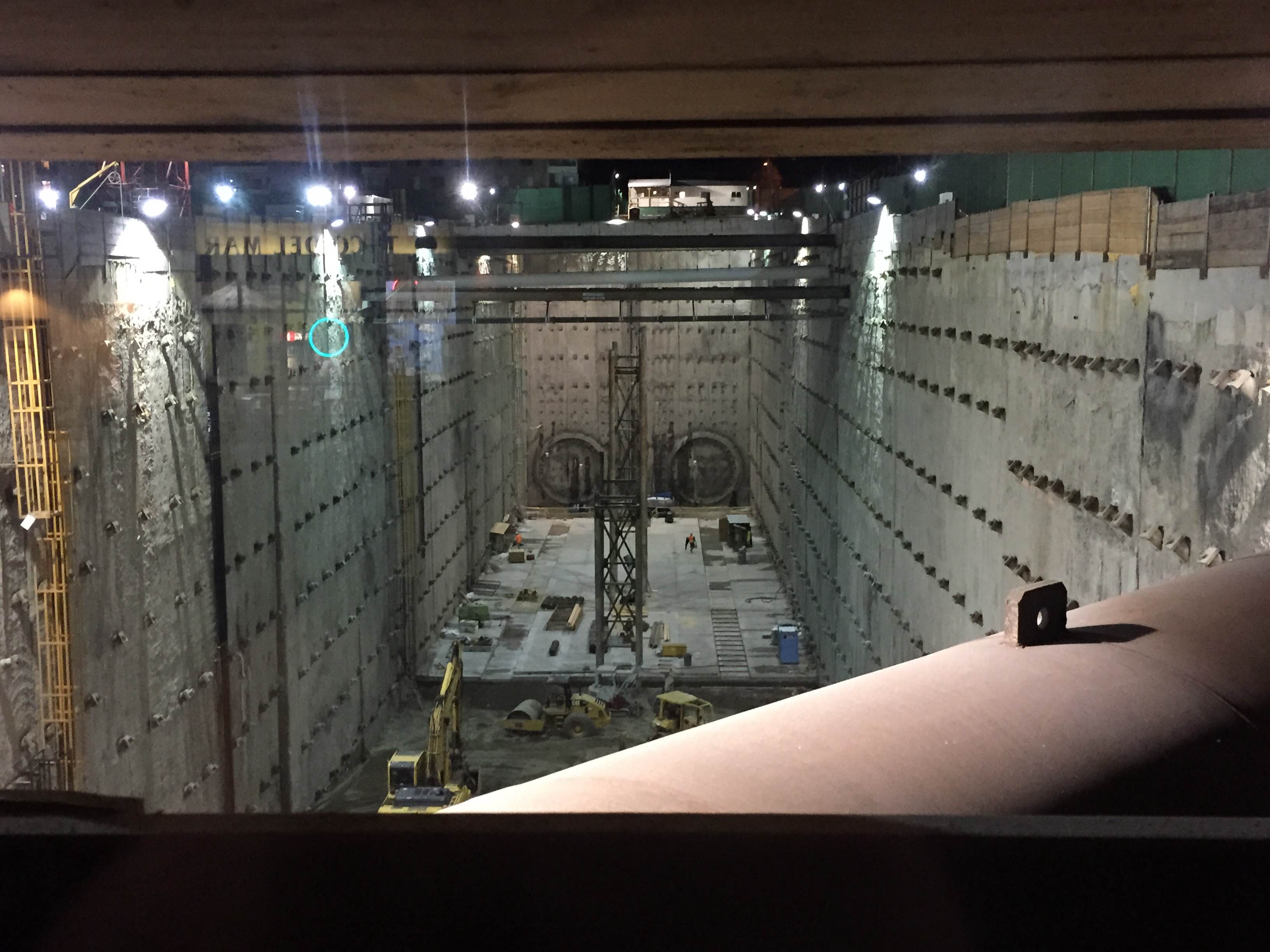 Brenda is kicking butt on the deep bore tunnel trail. Yesterday, the tunnel boring machine (TBM) cutterhead broke through the station box wall at Roosevelt Station. Last year, Brenda began boring work in July to make the 1.5-mile journey south from its original launch point at the Maple Leaf Portal (near NE 92nd St and I-5). There’s still 2.8 miles more of earth to be dug by Brenda before reaching the University of Washington Station (via University District Station). Sound Transit says that the TBM will need some refurbishment and maintenance before she sets off for boring the next segment (Roosevelt Station to University District Station).

King County Executive and Sound Transit Board Chair, Dow Constantine, cheered the progress of the tunneling: “This machine churned through hundreds of thousands of cubic yards of earth to reach Roosevelt Station. Now on to the U-District Station, and then to Husky Stadium.”

The second TBM, named Pamela, was launched from the Maple Leaf Portal in November. Sound Transit expects that Pamela will reach Roosevelt Station sometime this summer. All tunneling work from the Maple Leaf Portal to University of Washington Station is anticipated to wrap up by mid-2016. Additional tunnel work like cross-passages and tunnel finishes will continue through early 2018. The full line from Northgate to UW will enter service in 2021.

For the tunnel nerds out there, Sound Transit gave some details on the tunnel boring machines saying that:

Each tunnel boring machine weighs 600 tons and is more than 300 feet long including the trailing gear. The cutterheads are 21 ½ feet in diameter. By the time tunneling is finished, a total of more than 500,000 cubic yards of soil will have been excavated and over 7,200 concrete rings used to line the tunnels.