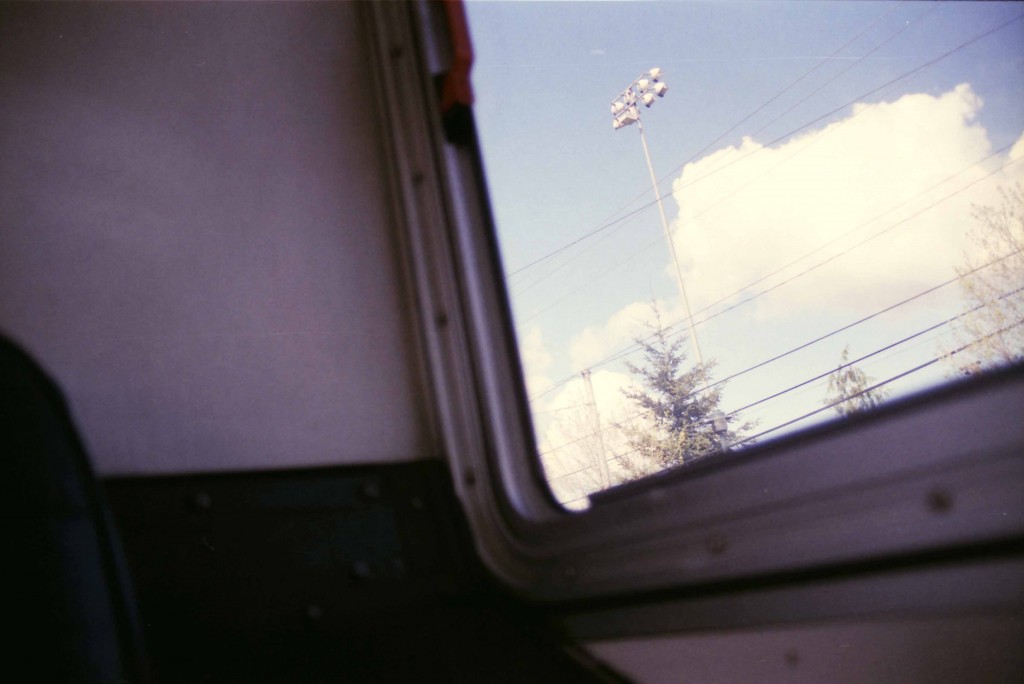 Her profile is distinctive. Short, compact, fit, young spirit in an older body, with that angled hair at the front. Yeah, it’s gotta be her, driving the 14, heading south on Third. Tracy. I’m right behind her in my own bus, pulling into Union. Seeing another driver you love and respect out on the road, experiencing the same madness you are, can really bring you up. Getting that wave, or just seeing them in action out here in the vortex, can reorient you, remind you of the better sides of yourself.

On a whim, while we’re all stacked up here at the zone, I decide to race up to her open door and yell, “Traaaace!”
“Nathan! What’s up?” Excited, but then concerned. Drivers don’t run up to other drivers for no reason at all… except when they’re me!
“I have nothing important to say,” I explain animatedly, “I just wanted to say hi!”
She starts laughing. We reach across the doorway for a handshake. “Aw! Love you!”
“Love you back!”

I note her bus number as we trail down Third, making a note of it so I can wave if I see her later in the night. 4112. Great. At Fifth and Jackson, still behind her as we now sit out a red light, I realize that yes, I actually do have something to say to her.

I race up there again, wanting to feel real and valid and useful, to exercise that hunger in you to be unique, to somehow prove to the universe that yes, your presence here makes a difference, and it was worthwhile to show up to work today, because your actions might cause thoughts and feelings in others which wouldn’t have become manifest otherwise. We want to assert the specificity of our existence in this world and prove, perhaps a little selfishly, that we are special. Right now I want to make a few people smile.

A liquid haze of these ideas is running through me as I bound up the stairs, going all the way inside her bus this time. Jackson can be a long red light, thank goodness. She speaks first upon seeing me.
“Nathan Vass! I told them all about you!”
“Traaaace!”

I think I just like yelling people’s names. Then I turn to the passengers inside, full house of commuters right now, and address them in a stentorian voice– as if what I’m about to say is of pressing urgency.
“Excuse me everyone, I have a very important announcement to make. Your driver today is the best bus driver in the system. She’s the greatest! Say hi to her on your way out! She’s gonna be Driver of the Year one day! Yeah. So on and so forth!”

I can still remember individual faces, looking up with delighted surprise. There’s only a few drivers I’d do this for, but Trace is definitely one of them. I remember her looking up at me, wondering what I was up to and then a little shy but excited too, and there was a latent magic in the air that bubbled up spontaneously, as one person cheered and then another, and here we were now, all clapping, making it a round of applause we never knew would happen a minute ago.

I returned to my own bus and continued on, where things were much quieter. I couldn’t conceal my smile though, a remnant from the buoyant celebration a moment ago, slightly silly and a little wonderful, still echoing in my memory and permeating out in the texture of my greetings and announcements.

“You seem very happy today,” a departing commuter said quietly. “I like that.”