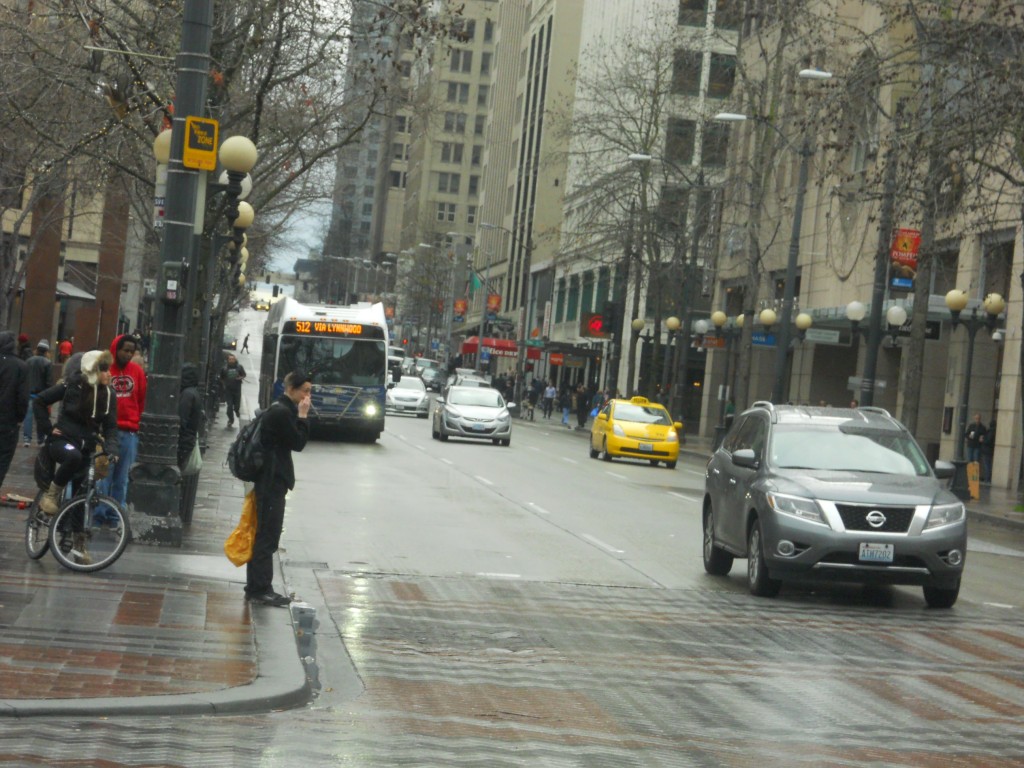 In November, the City of Seattle will ask voters for a property tax levy to put money where their mouth is on the Move Seattle transportation vision. Approval would supplant the expiring $365 million Bridging the Gap funding with an ambitious nine-year $900 million levy. Earlier this month, Mayor Ed Murray unveiled the list of priority projects that this money would go to, with a little something for everybody. Half of the Bicycle Master Plan network would be built out, 16 bridges would be reinforced, 250 lane-miles would be repaired, and 100 blocks of new sidewalks would be built, for starters. In conjunction with the City’s new Vision Zero target, Move Seattle has the potential to radically transform Seattle streets for the better.

Seattle Transit Blog reports the property tax would be 61 cents per $1,000 of assessed value, or about $275 per year for the homeowner of median-value $450,000 house. That compares to 36 cents per $1,000 for Bridging the Gap last year. $900 million starts to approach the amount called for by Nick Ferris at The Urbanist, who noted the city has a transportation maintenance backlog of $1.8 billion. The city needs to spend $190 million per year just to keep up the growing backlog; other funding will come out of the City’s general fund (Bridging the Gap supplied 25 percent of transportation funding over the past nine years).

Voters in all neighborhoods will have good reason to approve Move Seattle. Its list of projects are geographically and modally diverse, and some will be integrated with the missions of other city services. The levy funds would be grouped in four broad project categories:

The City is being transparent in this process has detailed specific projects that will be funded. There are a number of ways to get involved, including attending public meetings, signing up for email updates, and contacting City staff with feedback. The three formal community meetings coming up are:

Stay tuned to this space for updates on levy projects and the 2015 election, which along with the City Council’s new district elections will have enormous implications for the future of mobility and quality of life in one the nation’s fastest growing cities.