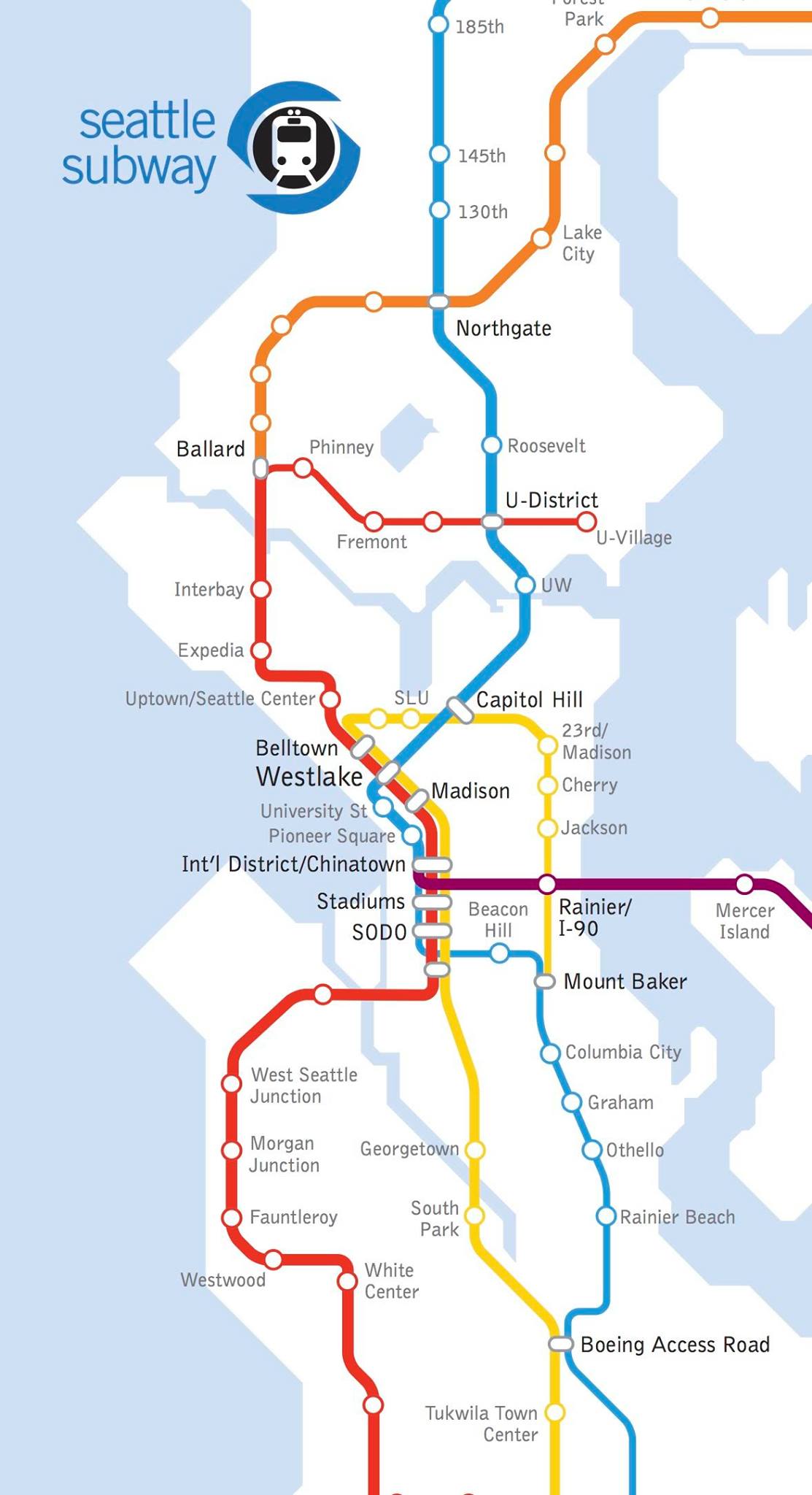 As Seattle’s economy continues to grow rapidly and as congestion continues to increase, the upcoming ballot measure Sound Transit 3 (ST3) enables us to provide the infrastructure most necessary to support this growth. It’s a crucial shot in the arm for a region that has been long starved of transportation investments. Therefore it’s important to get it right.

Efficient mass transit is the backbone that supports a healthy urban environment. Dense cities attract people because they enable them to increase the number of people they can learn from  to improve their economic and social well-being. As noted in a prior article, an MIT Media Lab paper shows how a doubling of population leads to more than a doubling of economic productivity, known as superlinear scaling. All of this is only possible when there is efficient movement of people and in a dense area this is only possible with dense transportation. But moreover, high levels of interaction are also facilitated by a public realm that supports walking and interaction between people. This means streets need to prioritize walking, sitting and other activities over inefficient car-oriented transportation uses.

To make all of this possible, the fundamental goal urbanists should have with ST3 is provide the most people with the best transit possible.

Transportation demand in Seattle can be divided into three fundamental categories:

Tools at our disposal

How can these corridors be served? The options we have vary based on whether they use exclusive right of way, whether they are fully separated from any interaction with road traffic even at intersections and of course, depending on the type of vehicle used which mainly affects the achievable capacity of a line. All of these factors affect the cost of lines and it’s important to understand the trade-offs as Sound Transit is asking exactly for feedback on which type to use for future lines:

So what’s on the table? The Seattle corridors have been studied by both the City and Sound Transit. The following table lays out what options have been suggested for each corridor and by whom, sorted by 2030 prediction for potential bus ridership as a unifying baseline:

Also take a look at the following maps from the TMP which show how people move around Seattle – with origin-destination pairs for work and non-work trips. This can help inform your decisions.

What can you do as an urbanist?

It’s important to not be penny-wise, pound-foolish and prevent the loss of long-term benefits in the name short-term savings. Seattle will be able to sustain much higher economic growth if it builds quality lines even if it means lower mileage. Rail projects are inherently long-term focused and short term thinking here would be inexcusable. The decisions made on a potential Sound Transit 3 ballot measure has the power to determine whether our region will continue to grow as a desirable urban area or will change to deliver a lower quality of life due to an inadequate transportation backbone.