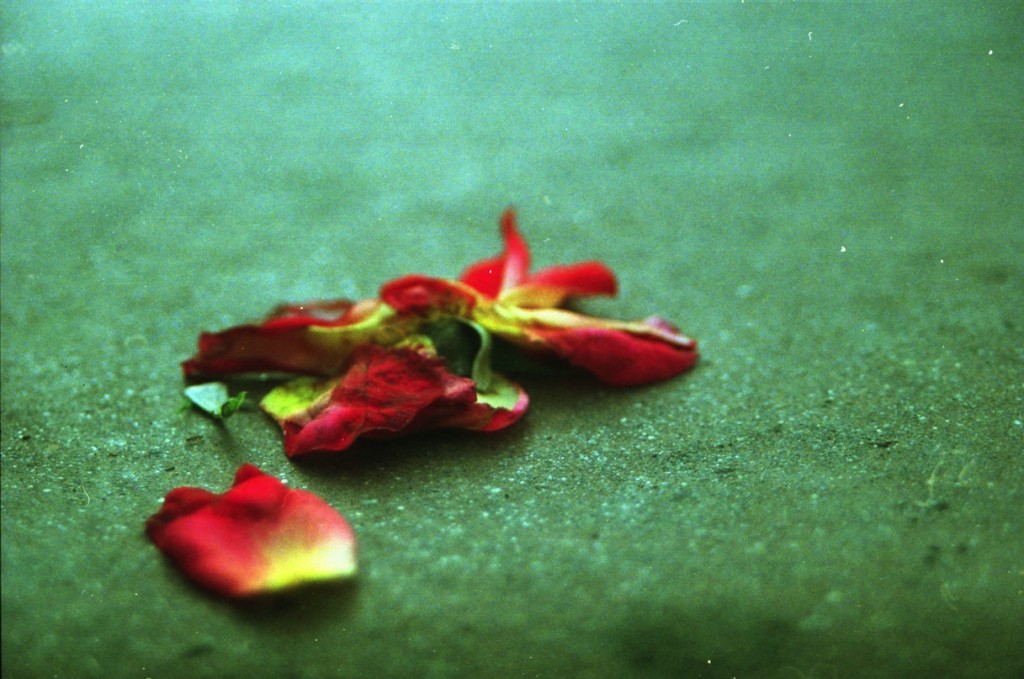 There’s still a face there, at the end of the line in Rainier Beach. She’s in the back, on top of the rear wheel. A favorite seat of mine. Who likes to sit facing sideways, anyway?

“Hey,” I say, ambling generally towards her, checking the now-empty bus for lost and found. She can’t be more then thirty, abnormally thin, with large front teeth.
“Hey.”
“We made it to the end.” I don’t like to explicitly ask them to leave without first trying the softer approach. You can get a lot done indirectly.
“Okay.”
“Thank you.” She continues to sit and shiver awkwardly, and then sheepishly pulls up her pants from down around her knees. I turn away to give her some privacy, looking around for lost and found items. The urine mixes with the enormous quantity of malt liquor on the floor, loosening up the stickiness.

All the doors are open, but we start talking. She and I walk up the aisle slowly. Her story slurs out in fits and spurts, the words blending into strange new rhythms I work to understand. Something about the DOC. Rambunctious types coming and going at Othello, where she got on. Her aunt was sick, at the bus stop, and she stayed with her as long as she could, attending to her in the local chaos.
“That’s good of you, lookin’ out for her.”
“They was all yellin’. I’m tryna make money.” Now she’s slowing down, speaking softly, through a disfigured mouth. “What time is it?”
“Eleven thirty, just before eleven thirty,”
“See, everybody get paid in thirty minutes,”
“That’s right, first of the month,”
“Yeah. So don’t nobody care about nothin.’ I been holdin it for two hours. You saw how long I was out there.”
“Yeah, I think I saw you I was goin’ the other way.”
“They all sayin’, they always talkin’ ‘she my homegirl, she my homegirl,'”
“Talkin’ about your aunt,”
“They always like ‘we love her,’ callin’ her homegirl, but as soon as she down, they ain’t gonna do nothin. And she’s my aunt. What am I gonna do? Nobody else, they don’t care. Even though they be like, ‘she my homegirl.'”
“Just a buncha words.”
“Yeah.”
“Well, I’m glad you was there.” The old LA accent slipping out unbeknownst. “You’re doin’ a good thing.”

Earlier I had considered saying something about peeing. But is anything more unnecessary than the no peeing lecture? Every(sober)body knows that. It’s all about the circumstances, and tonight her problems vastly supercede my own. As a bus driver I can certainly relate to the whole bathroom thing.

I stood there in the bus doors, stopped in my tracks, watching her walk away. Just another person like myself, same generation, separated only by a few choices and opportunities. There was something about the image of her pulling her pants up which deeply humbled me. Her, scrunching herself into a corner, trying to be invisible. I turned back inside. Be careful before calling something pathetic, I cautioned myself. That which is called pathetic is often beautiful, a beauty hopelessly lost upon jaded eyes.