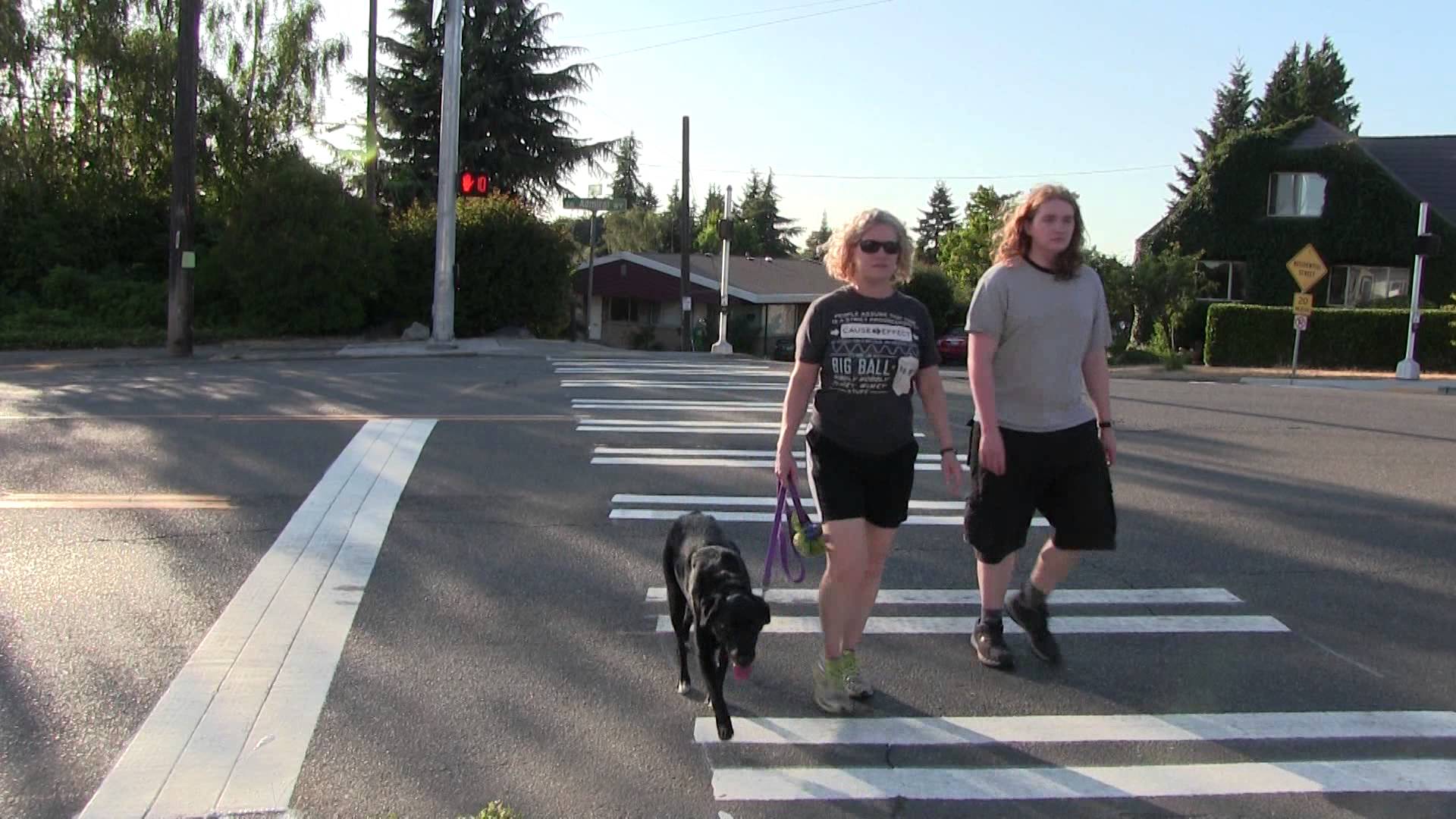 One intersection in West Seattle recently got the full Vision Zero treatment. Located at the confluence of SW Admiral Way, 47th Ave SW, and SW Waite St, the Seattle Department of Transportation (SDOT) sought to make the intersection much safer for users of the street. Part of the impetus for SDOT to do this was the death of Matthew “Tatsuo” Nakata, an aide to former Councilmember David Della, in 2006. Nakata was walking across the street, but was tragically struck by an oncoming driver. The original design of the intersection lent itself to danger for three critical reasons:

Aside from this, pedestrians had cross the equivalent of four lanes, despite clear effort of SDOT to tighten the width of the street. Ultimately, the original design suffered from poor sight distance and sight lines.

To address the issues of the intersection, SDOT instituted five primary changes (SDOT Director, Scott Kubly, highlights some of these in a short video below):

Aside from the practical safety design changes, the local community organization, Admiral Neighborhood Association (ANA), went a step further and commissioned street art. Seattle artist Peregrine Church of Rainworks was chosen to stencil words on the concrete of two street corners. The stenciled words are rain-activated and only appear when they become wet. Seattleites may be familiar with many of his other guerrilla artwork on sidewalks throughout the city. While this project will deliver considerable safety and usability benefits to local residents and visitors, it’s just the start of many improvements slated for the area. SDOT plans to move ahead on more street safety redesigns, including the SW Admiral Way Safety Project.