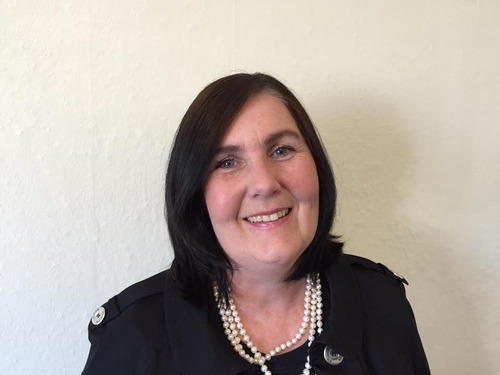 Article Note: The Urbanist is publishing a series of interviews with a selection of 2015 Seattle City Council Candidates. In October, we will release our general election endorsements.

Deborah Zech-Artis is running for Council in District 7 against incumbent Sally Bagshaw. A lifelong Seattleite, she works for Boeing as a supply chain manager and recently received her PhD in Organization Behavior Towards Leadership with a dissertation focusing on women in leadership. Twenty-two years ago she ran for Seattle School Board and, though she didn’t win, she says the race taught her a lot about how to win this campaign. She wants to end “business as usual” and believes mismanagement could make Seattle another Detroit in 10 years. Her goal, if elected, is to be accessible to her constituents.

What would you do to make housing affordable for everyone in Seattle?
“I would not do rent control,” she started, “And there is no way to build yourself out of insufficient housing because lenders won’t loan if they see a glut of production.”

Her central proposal was a linkage fee. Unlike the existing proposal in which the funds raised are used directly to fund affordable housing, she wants the fee to fund a principal account. The interest on the account would become a stable, long-term revenue source immune to the up-and-downs of the housing market.

Zech Artis also supports one-for-one replacement of affordable housing. If a unit with 100 affordable market-rate units is torn down for a 500-unit tower, for example, that tower should be required to provide 100 affordable units.

Finally, she supported the expansion of single room occupancy (SRO) development, saying “there are some areas where they are absolutely appropriate and they’re healthy for the community.” They promote a mix of income levels and cultures, which she believes will help low-income people become more self-confident and personally successful.

Deborah started by addressing the history of redlining — a practice of excluding people of color from certain neighborhoods by denying them services like loans. She then pointed to today’s zoning, which she feels is being “mandated by the developers.”

She spoke against upzoning in single-family neighborhoods, saying they increase property taxes and put “density where it doesn’t need to be.” When land is upzoned, land values increase, property taxes increase, home values drop, and families are forced to sell to developers. Instead of selling to developers, she’d rather sell to a family so kids can have the open space they need. She spoke of friends who raise kids in apartments, saying “it’s tough.” Keeping single-family zoning would allow homeowners to be independent, work with their neighbors to keep each other safe, and allows for more diversity.

The problem, she said, is that people don’t pay attention. Pedestrians look at their phones while crossing the street and drivers are zoned out or blinded by bad weather. So the only way to reduce deaths and injuries is to teach people to pay attention.

A twenty-year plan isn’t thinking far enough ahead, she proclaimed. Instead, we should be looking 50-75 years in the future. She noted some new technology in transportation as reason to look further ahead.

As for what we can do now, she wants to: get developers under control, take our city back, stop doing business as usual, and watch our money. She proposed bringing the State Auditor’s office in to do performance and financial audits of all city agencies. If we spend our money wisely, she said, we’ll have more than enough money for social services to care of the homeless, seniors, and disabled residents.

When asked about the four alternatives in the Comprehensive Plan (i.e., Seattle 2035), she spoke against plans that would upzone single-family neighborhoods. Growth should happen near light rail stations, which should have park-and-rides and commercial space built in.

Regarding urban centers like downtown, she spoke of the need to lessen the wind tunnels and altered weather patterns caused by downtown skyscrapers by increasing open space, requiring setbacks, and expanding sidewalks.

District 7 is home to four large transportation projects: the tunnel, the viaduct, the waterfront, and the Mercer mess. “I’m extremely angry about all of them,” she said, and so are most of the people she’s talked to in her district.

The most important of those four is the Viaduct — the demolition of which she believes will cause crippling congestion (citing that 110,000 daily trips will need to be redistributed), repel cruise ship tourism, and send maritime business north to Canada. She said there’s no law on the books that mandates the demolition, and so we ought to reconsider.

Read our interview with other District 7 candidate, Sally Bagshaw.