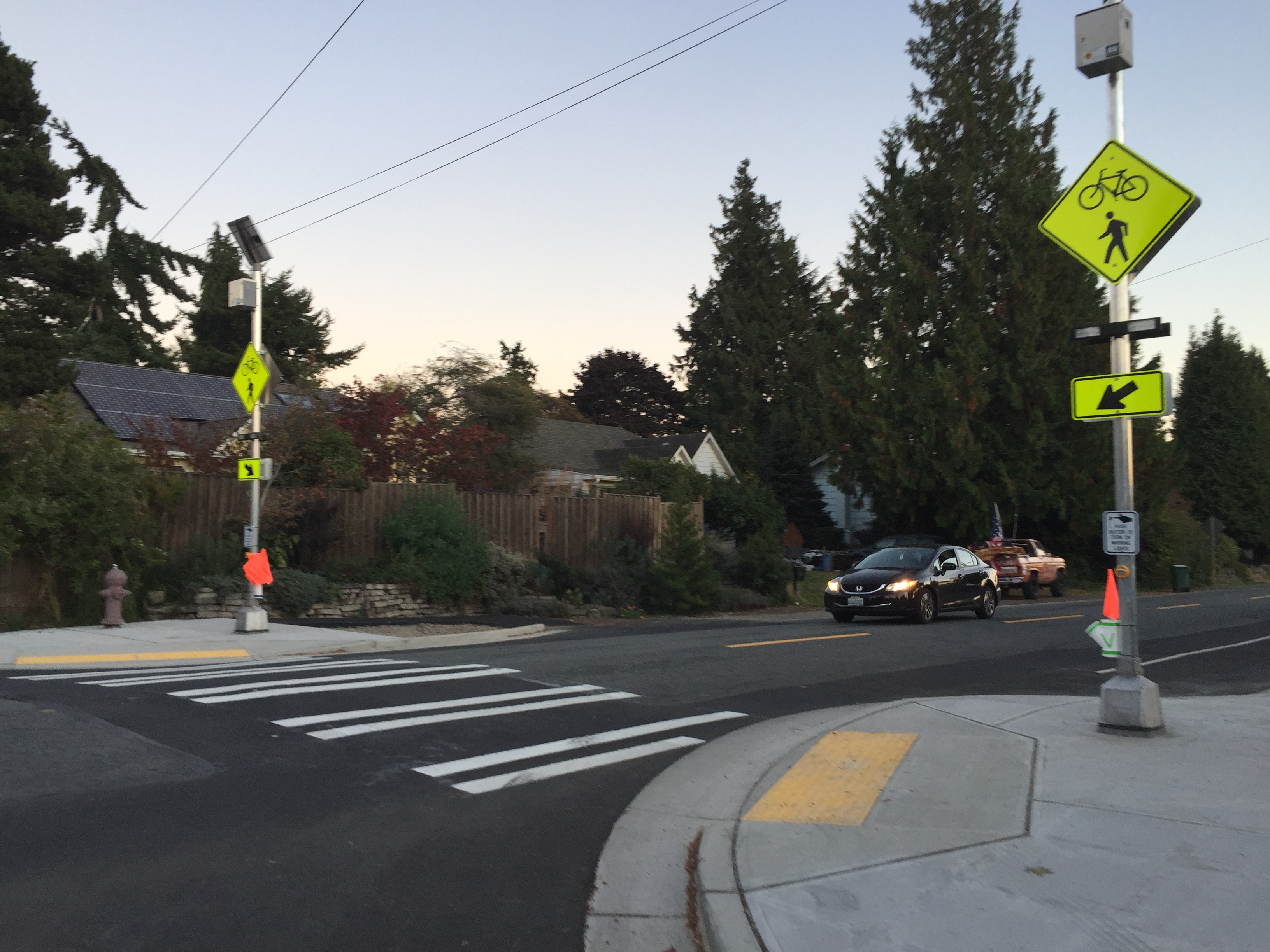 Seattle is going all in on Vision Zero, the City’s campaign to eliminate serious injury and traffic deaths on City streets by 2030, with the installation of speed cameras at public schools. The Seattle Department of Transportation (SDOT) wants to increase safety for students walking and biking to school by slowing motorists down. To do this, SDOT began operation of speed cameras at six new locations across the city yesterday.

The School Zone Safety Cameras program isn’t new, but rather an expansion of an already highly successful one. Since launching the program with an initial eight locations, SDOT has found a precipitous drop in the number of speed violation. Data shows that average speeds have decreased by 4% and the number of violations per camera per is down another 64%. Those are strong numbers that show people are responding well in their driving behavior.

Speed cameras will only operate before and after school hours. To indicate when the cameras are operational, yellow beacons on school safety zone signs flash. Should a motorist exceed the 20 mph speed limit within the zone, cameras capture the violation in photographs and video; but the technology is more sophisticated than just a simple snap-and-ticket.

Each safety zone has speed sensors located within the pavement at multiple locations. Vehicles traveling above the speed limit trigger the camera on when crossing over the first sensor (‘2’ in image below). A photograph is taken and video of the violation begins. A second photograph is taken when the vehicle is verified as having sped at the next sensor (‘4’ in image below). The footage and photographs of the violation are reviewed by Seattle police before the issuance of a citation.

For now, motorists will only be issued warnings at these locations so that they get familiar with the change. But when fines begin, tickets will come in at $234 per violation within the safety zones. The six schools joining the safety program include (numbers in parentheses correspond to the map below):

The new speed cameras brings the total number of schools in the School Zone Safety Camera program to fourteen.