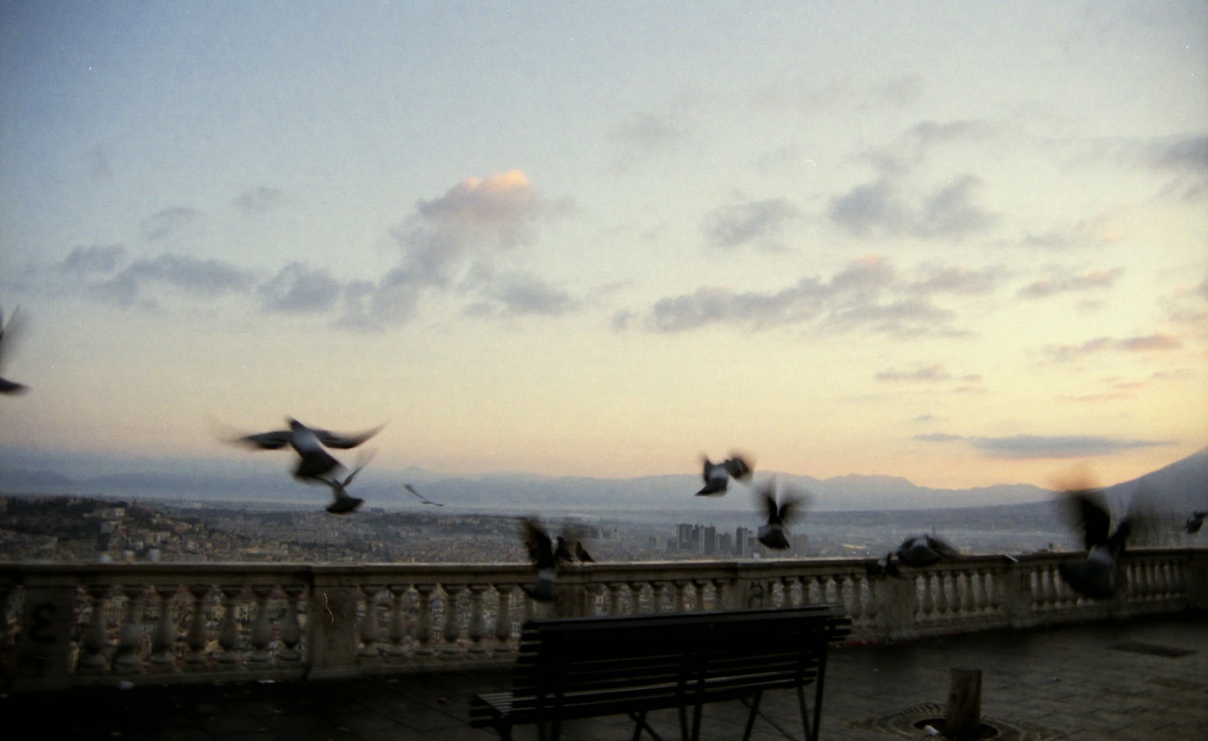 Into the mic I said, “Let’s get outta here!”

“We got a wild a driver tonight!” the husband of the mid-aged couple sitting up front quipped.
“It’s gonna be one wild ride! How you doin’?”
“Good,” the wife answered. “We’re trying to get some gelato!”
“Oh, excellent! Earlier this year I was in Italy, where I had entirely too much gelato practically every day I was there….”
“Well,” she continued, “here in Seattle, the place to go for it would be Gelatiamo, back at–”
“Third and Union!”
“Third and Union. But it’s closed tonight. For some employee party.”
“Oh the agony!” I howled.
“We walked fourteen blocks to get there, and then,”
“Oh wow.” They were the sort I automatically warm to and want to know more about– a happy couple getting on in years, with overlapping but distinct personalities. They finished each other’s smiles.
“So now we’re going up to this place on Twelfth and Pine.”

Fourteen blocks, I was thinking, only to be stymied! I marveled at their unflagging spirits. “Well, I’m glad you’re putting in the extra mile, quite literally, to obtain this gelato. It’ll taste all the better!”

She whispered to him, thinking she was out of earshot: “this is so much more fun!” Then aloud she asked, “where in Italy were you?”
“Milan, Venice, Florence, Naples, and Rome. I had three weeks to myself and made the most of it. I like traveling alone, you know, the absolute freedom aspect. And photography is my training, so I had a great time.”
“Topography?”
“Ha! No, photography!”
“Oh!”
“Although that’d be great, topography! The elevation, I can’t get enough!”

It’s important to keep announcing zones when I’m in conversation with someone up front. It lets the rest of the bus know that I’ve got them and their safety in mind, too. “Okay, this is Boren Avenue, have a nice night. This is a 49 tonight, we’re gonna drive The Great 49, to the U District, welcome aboard.”

Back to the important stuff. “So is this procuring of gelato a regular venture for you guys?”
“Yeah well, only when we’re in town, we’re not from–”
“Oh, whereabouts are you coming from?”
“I’m from LA,” he said.
“And I live in Portland,” she said.
“I’m from LA,” I replied. “And Portland is marvelous. Because you have Powell’s Books.”
“Yes! Biggest bookstore in the world!”
“And surprisingly navigable, what with all the colored rooms,”
“Yeah,”
“You know, there’s times when I go down there and spend ninety percent of my time inside that place! I know Portland has other things to offer, but I just love being in there.”

We were travelling north on Bellevue Avenue when one of them said, “oh okay, we probably need to get off at the next,”
“Hang on you said Twelfth and Pine, right?”
“Yeah, but if you’re goin’ north–”
“Oh we’ll continue east on Pine. We’re just jogging over a block.”
“Oh!”
“Little zig zag! Just to keep us on our toes, wide awake!”
“No sleepin’ on the job!”

She was grinning hugely. The buzz we’d all been building together was riding high, and other passengers were smiling too. “You need to move to Portland,” she said finally.
“Really! Portland!”
“Yes.”
“Not Seattle!”
“Oh, yes!”
“Is it affordable?”
“Oh, yeah.”
“That’s the thing. I love this place, but I wish it didn’t cost an arm and a leg to pay rent.”
“And they pull ’em off so slowly!” he cried.
“Exactly, the pain! And I only have so many arms and legs!”
“I know, what happens next?”
“I’m running out of limbs here!” To the crowd: “next we have a stop at Belmont and Pine, Summit Avenue. Have a good one.”

“I do love it though. I could never do this job in LA.”
“Oh God no,” he replied. We went on joking about LA traffic with outsized exaggeration and lighthearted sarcasm.

It was a buoyant cheer, our little creation, throwing words and smiles about, the effervescence bouncing off us and flourishing a little more each time, our beaming enthusiasm snowballing around in the aisle and rubbing off on all present. For a moment we had heightened life, made it more exciting than it already is, italicizing the carefree and jocular delight of the act of existence. It’s a quantity we’ve all experienced before, and why not bring it to the fore once more?