Seattle’s first light rail stations to open since Sea-Tac Station in 2009 open this Saturday March 19th, at 10 a.m. Capitol Hill Station and the University of Washington Station at Husky Stadium are at this point opening 6 months ahead of schedule and $200 million under budget. 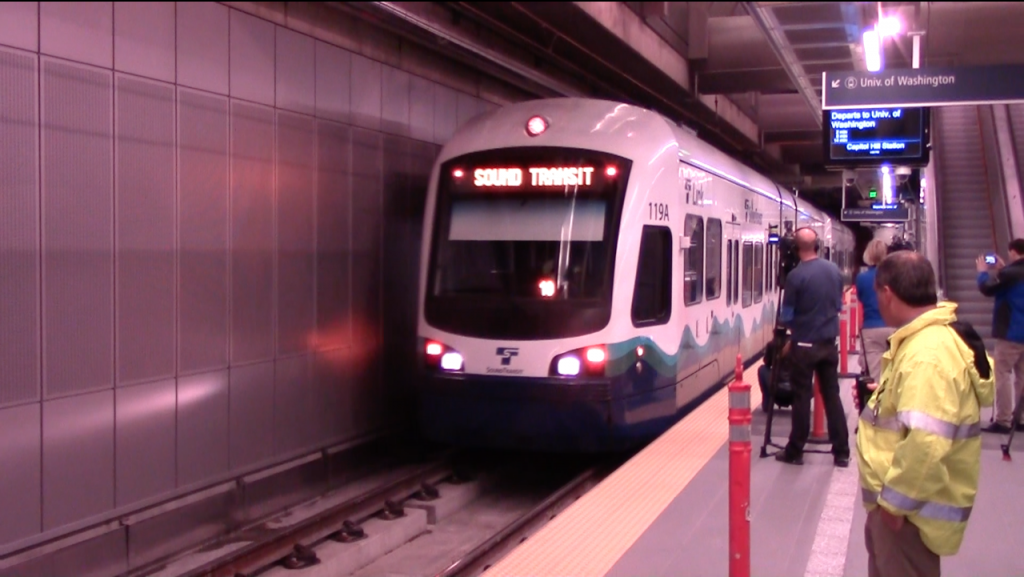 The Urbanist was invited to a media preview of both stations and the less-than-4-minute trip between them on Tuesday. The squeaky clean stations are currently undergoing their final polish to get ready for the big day, which includes festivities at both new stations, food trucks, and bus shuttle service every 15 minutes between Husky Stadium and Northgate Transit Center.

Initial impressions: the stations are deep, particularly UW station, which has a sub-mezzanine that Sound Transit calls “the chamber” before you get to the final escalator to the station platform. These stations will be able to handle gigantic crowds.

The trip between the two stations can feel like warp speed when you consider the amount of time it can take to travel between the distance covered currently. A full trip between UW and the airport is estimated to take 46 minutes. 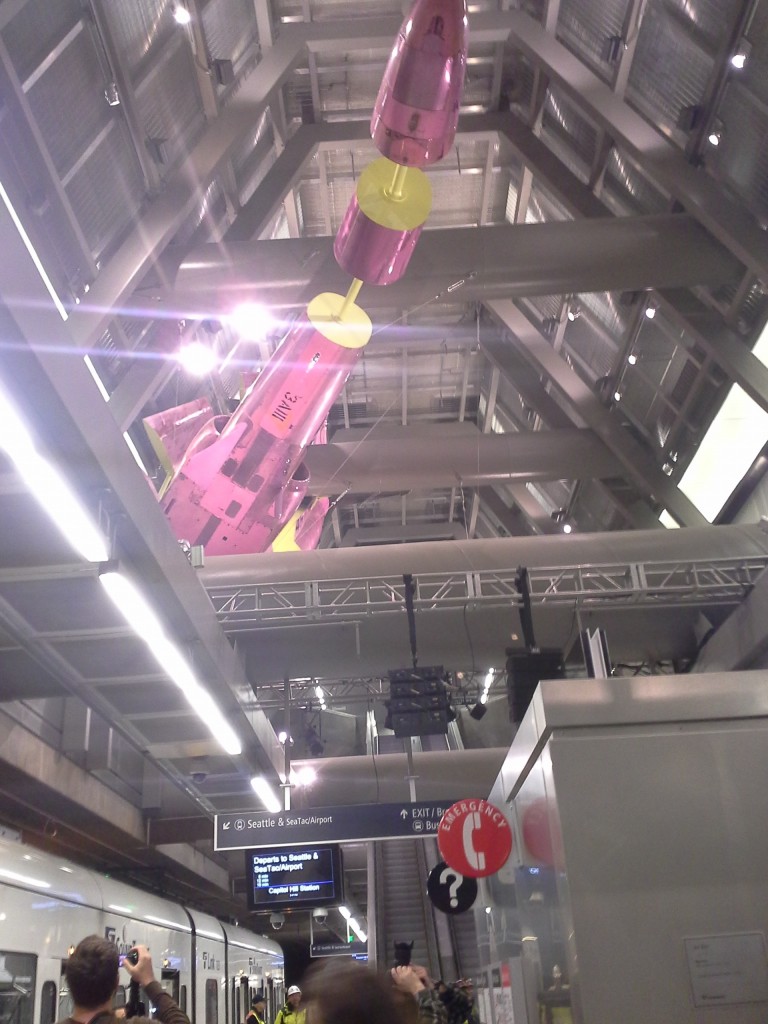 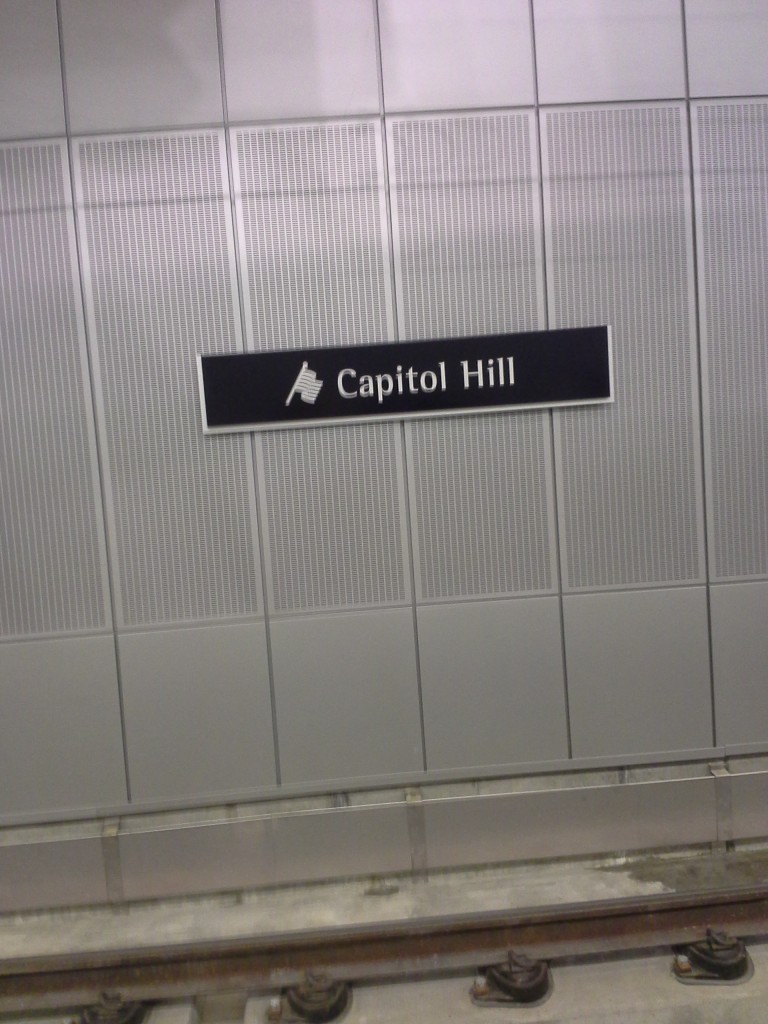 Sound Transit CEO Peter Rogoff and King County Executive Dow Constantine kept their remarks very brief, but were clearly elated to be able to begin service on the line, which was funded as a part of the first Sound Transit ballot initiative, Sound Move, in 1996.