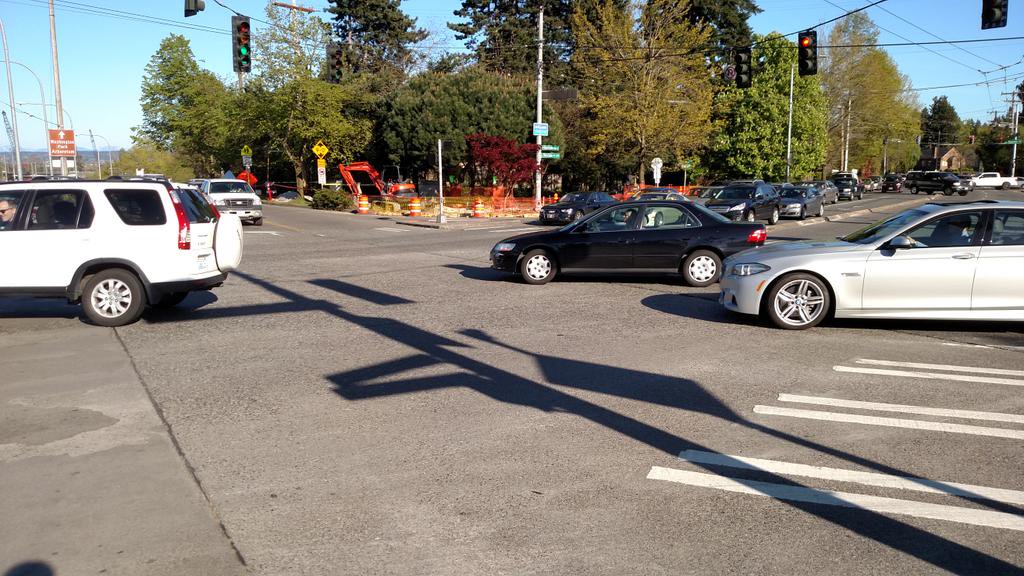 Another year, another solid crop of nominees for worst intersection in Seattle. These are 10 of the most dangerous and unpleasant crossings that Seattle has to offer. While all of these need some serious re-engineering from SDOT, only one of them can truly be the worst intersection in Seattle. Read the descriptions, view the photos, and cast your vote.

The Urbanist wrote almost 1000 words on why this intersection sucks, “It’s a safety hazard to both drivers and pedestrians. And, if it’s dangerous for both of these groups, it has to be even worse for bicyclists.”

Skylar nominates this one, “Drivers will barrel through the crosswalk at 30+ mph without regards to pedestrians, and in fact probably cannot even see them until they are about 30′ away due to the way the street curves around the zoo.”

Al Dimond nominates this one and the next one, saying “About half of the top 10 worst intersections in Seattle have got to be along Rainier!” One example is the on ramp onto I-90 “Crosswalk across two exit ramp lanes. One is HOV, so it may be moving while the other is backed up, and it’s also set up so pedestrians can’t tell whether a driver in that lane is going to exit or not until the last second.”

“…was called out recently on Twitter as one of the most dangerous in the city. It’s a pretty straightforward design, but I guess that much fast traffic right by a couple schools is a bad combination.”

Hayden B nominates this one, “The buses cut across all four lanes of Stewart from 7th to turn left on 5th. It’s awful.”

Lisa nominates this top vote-getter from last year, saying, “Angry drivers, all on their phones waiting to get on 520, buses, lots of pedestrians, very long lights, pedestrians darting across to catch their bus, bikes routed to sidewalks and crosswalks because of construction. It is a disastrous spot.”

This has got to be the worst pedestrian intersection in Seattle @ Montlake & 520 pic.twitter.com/7R6Yve8cA3

Another one nominated by Jim S, “Really bad visibility crossing sand point from east to west, cars going way too fast in both directions.”

Yasmeen says, “I nominate Ravenna & 54th, ‘The Ravenna Park Triangle’ for being utterly unpredictable. Cars can go both ways on all three of those intersections, and during rush hour traffic backs up and people get impatient. Walking through, especially during that time, is a disaster.”

Another nominated by Yasmeen, “My least favorite for walk wait times. There are so many intersections at that point that it can be several minutes before you get a walk light.”

You can vote for which intersection you think is the worst of 2016 at Walking In Seattle.

This is a cross-post from Walking In Seattle.