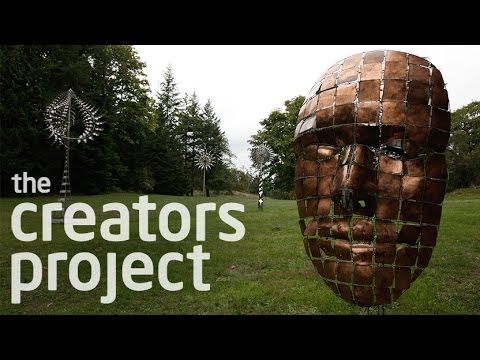 Anthony Howe is a local sculptor living on Orcas Island. Originally from Salt Lake City and then a student-turned-professional artist on the East Coast for many years, he eventually moved west. Howe’s contemporary works have been focused on kinetic wind with large sculpture installations featuring movement. In 2015, he was tapped to design the cauldron for the 2016 Summer Olympics in Rio de Janiero. Howe designed his cauldron to symoblize the sun with pulsing radiance. Howe’s work will be the source of the Olympic flame during the games, which itself symbolizes an invitation to the world to join together in a peaceful demonstration of unity.